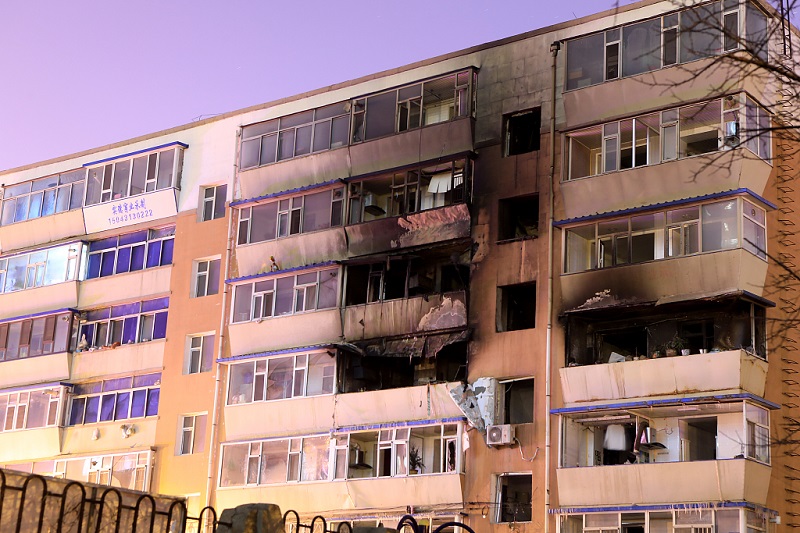 The local fire brigade received a report of the blast at about 5:35 a.m. Wednesday. It took place on the fourth floor of an apartment building in a downtown neighborhood.

A preliminary investigation shows the blast was a result of a resident's misuse of domestic fuel gas.

The injured have been sent to hospital and further investigation is underway.