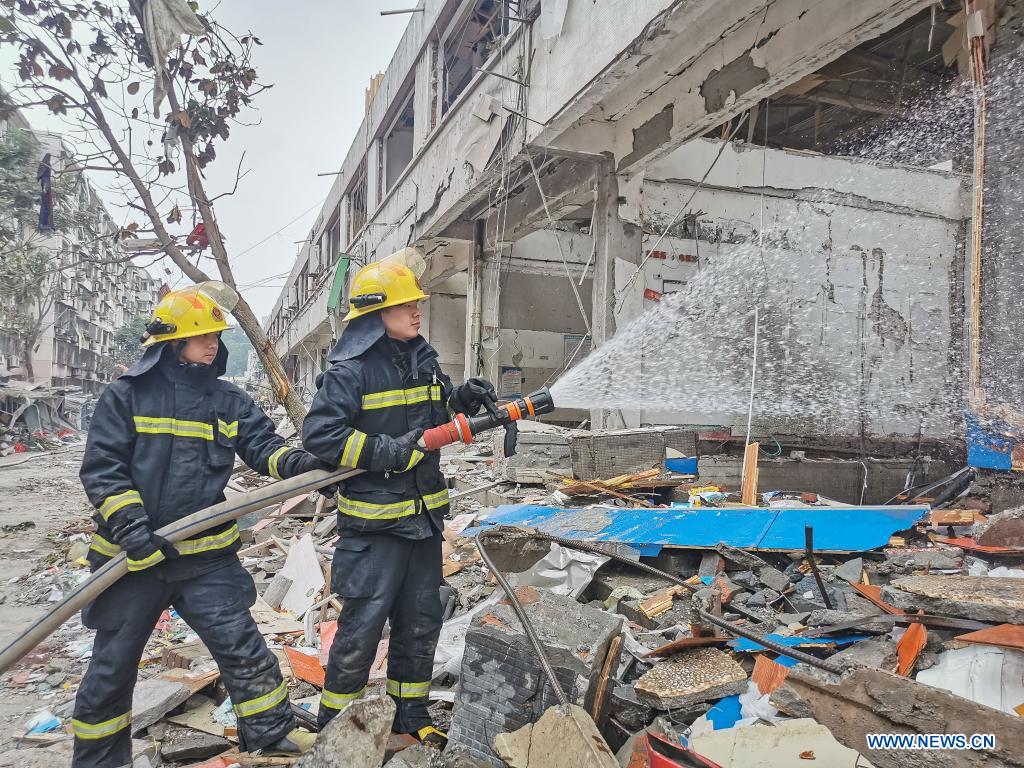 The general manager of the gas company surnamed Huang is among the detained, according to a statement issued by the city government of Shiyan.

An initial investigation found the company affiliated with China Gas, a gas operator that provides natural gas and liquefied petroleum gas to residents and businesses, did not strictly perform gas pipeline patrols and checks as required and there were serious flaws in the operation of related facilities.

The blast rocked a two-story trade market building in a residential community in Zhangwan District of Shiyan on the early morning of June 13, leaving 25 people dead and more than 100 injured.