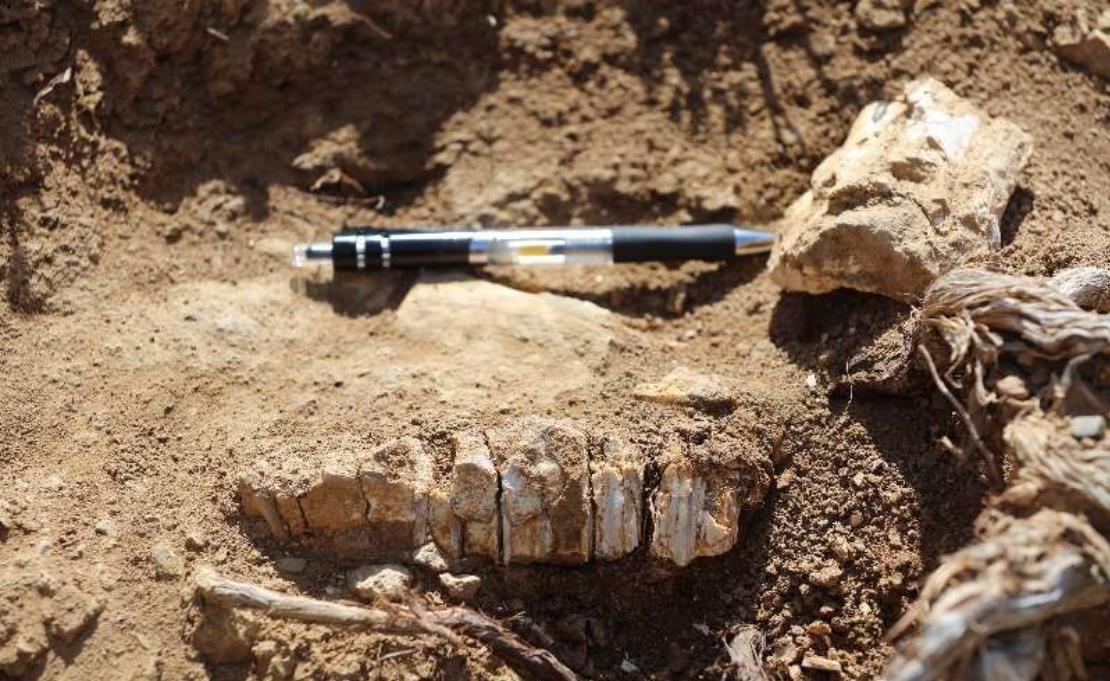 Archaeologists with the Institute of Vertebrate Paleontology and Paleoanthropology (IVPP) recently discovered these fossils which could date back to 8 million years ago at a hillside in a pasture in Wenquan County.

The fossil beds are concentrated and dense, and some fossils are interrelated. After preliminary analysis and identification, the fossil group is left by Hipparion and common members of Hipparion fauna such as antelope, Palaeotragus and Tetralophodont which existed at the same time, according to Wang Shiqi with IVPP.

Hipparion fauna was widely distributed in the mid-latitude region of Eurasia 8 million to 5 million years ago, and their fossils were found in many provinces in northern China, Greece and Turkey.

In Xinjiang, Hipparion fauna only appeared in Wenquan County, making it a key location to link the distribution of Hipparion fauna at the east and west ends of Eurasia, which is of great significance for the study of paleoecological evolution during this period.

This fossil discovery site has high scientific research value, and will be excavated in a planned way in the future, Wang said.

Wenquan County is located in the west of the Mongolian Autonomous Prefecture of Bortala in Xinjiang. Mammalian fossils were reported to have been discovered here as early as the 1960s.