CHINA 8 nabbed, over 85 kg of drugs seized in SW China

8 nabbed, over 85 kg of drugs seized in SW China 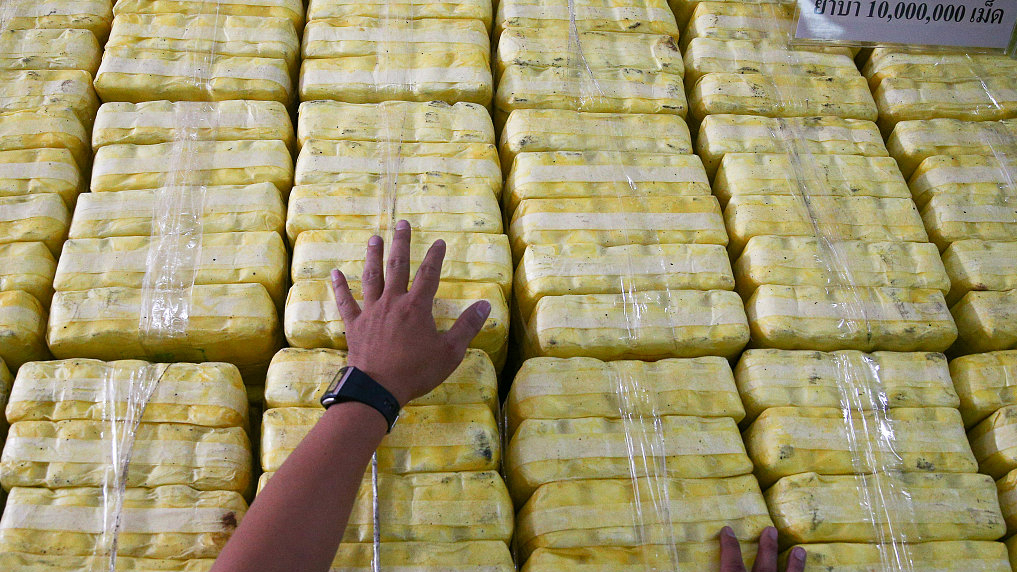 On Jan. 8, police in Panlong District under Kunming, the capital city of Yunnan, caught two suspects in Guandu District seizing 28.6 kg of methamphetamine from the trunk of a vehicle driven by the suspects.

On Jan. 9, police in Guandu District captured two suspects at a toll station in Ning'er Hani and Yi Autonomous County of Pu'er City and seized more than 40 kg of methamphetamine, which was expected to be trafficked to Kunming.

Another case was busted in Kunming by local police on the evening of Jan. 10, with 29 bags of methamphetamine weighing 16.4 kg seized and four suspects nabbed on the spot, including three foreign suspects.

Further investigation into the cases is underway, according to local drug control office.