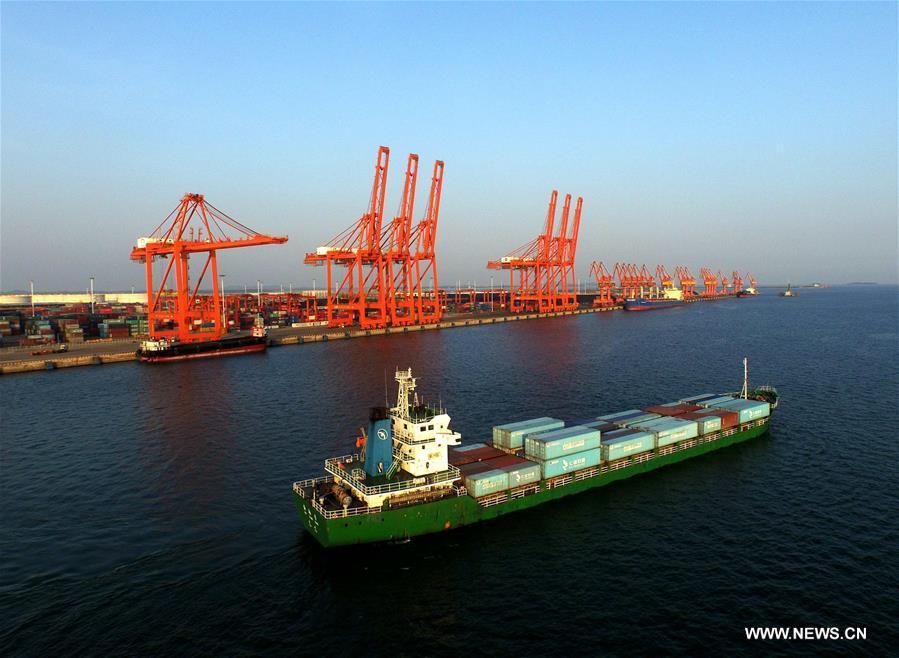 A cargo ship departing from a dock at the bonded port area of Qinzhou, south China's Guangxi Zhuang Autonomous Region, on May 17, 2016. (Photo: Xinhua)

The New International Land-Sea Trade Corridor is an international trade and logistics passage jointly built by western Chinese provinces and ASEAN countries under the framework of the China-Singapore (Chongqing) Demonstration Initiative on Strategic Connectivity.

With Chongqing as the transportation hub, the New International Land-Sea Trade Corridor uses ports in Guangxi's Beibu Gulf to reach ports in Singapore and other ASEAN countries and links China-Europe freight trains launched from many western Chinese cities before heading for Central Asia, South Asia and Europe. Taking advantage of various transport options including railways, highways and water and air routes, the land-sea corridor enables transportation from western China to more regions across the world.

The New International Land-Sea Trade Corridor was renamed in November 2018 from the previous China-Singapore Southern Transport Corridor launched in 2017. Initially, only Chongqing, Guangxi, Guizhou and Gansu signed the agreement in August 2017. Then, in June and November 2018, Qinghai and Xinjiang joined the cooperation.

"The agreement signed by eight provinces and regions indicates that the cooperation on the new land-sea international trade corridor has expanded," said Han Baochang, director of the demonstration initiative's administration bureau.

The cooperation among different provinces and regions will boost the construction of the new land-sea international trade corridor, help connect the Silk Road Economic Belt and the 21st-Century Maritime Silk Road and boost the development of the western part of China while propelling the China-ASEAN common prosperity, Han said.

Statistics shows that a total of 805 rail-sea freight trains via the corridor had been launched by Dec.31, 2018.