88 arrested in violent incidents in Hong Kong on Sunday: police

Hong Kong police said 88 people were arrested in violent incidents on Sunday when rioters continued their rampage from vandalizing shops to blocking roads. 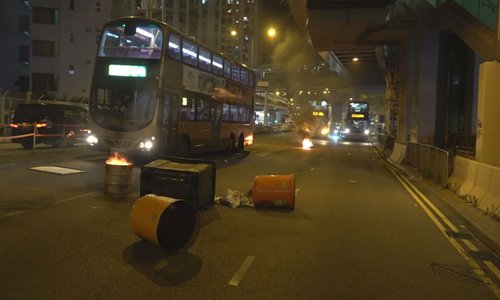 As of 11:30 p.m. on Sunday (local time), 88 people were arrested for offenses of unlawful assembly, possession of offensive weapon, criminal damage, and using facial covering at an unlawful assembly, according to a statement of the police.

In face of the violence, police used minimum necessary force to disperse rioters and arrest offenders. During the operation, some rioters even attacked police officers and attempted to snatch away the arrested person.

The police reiterated that no violent behavior will be tolerated and vowed resolute enforcement action to safeguard the public safety and bring all lawbreakers to justice.