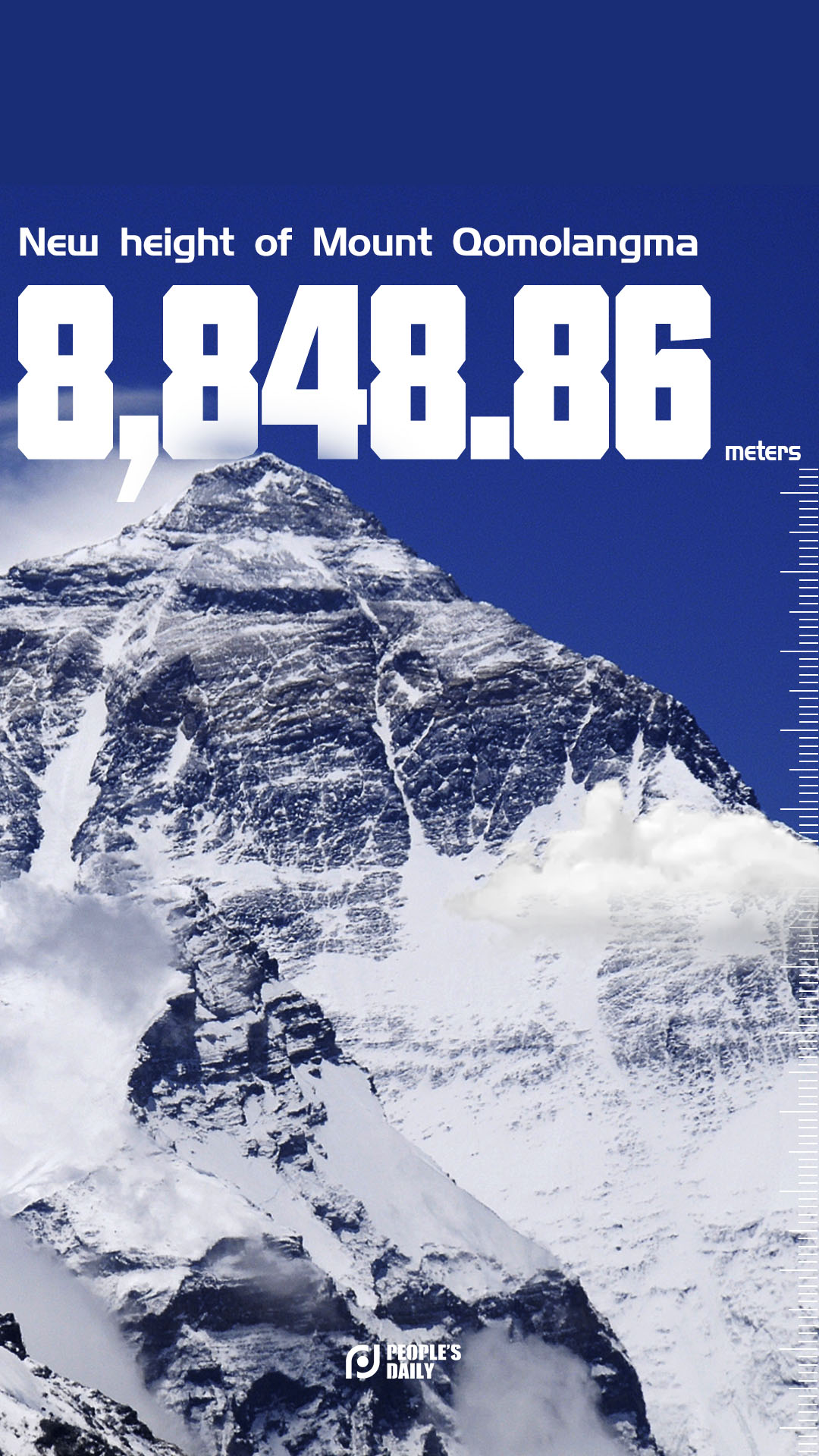 BEIJING, Dec. 8 (Xinhua) -- The new height of Mount Qomolangma, the world's highest peak, is 8,848.86 meters, according to a joint announcement by China and Nepal on Tuesday.

The figure, including the height of the snowcap, was confirmed by surveyors from the two countries, which reached a consensus last year to jointly declare the remeasured height of the peak and conduct scientific research on it.

For more than a year, the two countries' survey teams have overcome all kinds of difficulties, solidly carried out their work, and finally reached a conclusion on the snow height based on the International Height Reference System, he said.

A Chinese survey team reached the summit of Mount Qomolangma on May 27 and remeasured the peak height. Nepali surveyors reached the top of the mountain in May 2019.

The joint announcement of the new peak height is of great significance in carrying forward the undertakings of the predecessors to the future and showcasing the high level of the continuous development of China-Nepal relations, Xi noted.

As the movements of the Indian and Eurasian plates continue, regular remeasurement of the peak needs to be updated. Theoretically, this should be done every 10 to 15 years, said Dang Yamin, who is in charge of the coordination of height measurement technologies.

The latest measurement was markedly more scientific, reliable, and innovative than the previous one in 2005 thanks to the application of multiple homegrown technologies, including the BeiDou Navigation Satellite System (BDS), according to the Ministry of Natural Resources.

Since the founding of the People's Republic of China in 1949, Chinese surveyors have conducted seven rounds of measurement and scientific research on Mount Qomolangma.