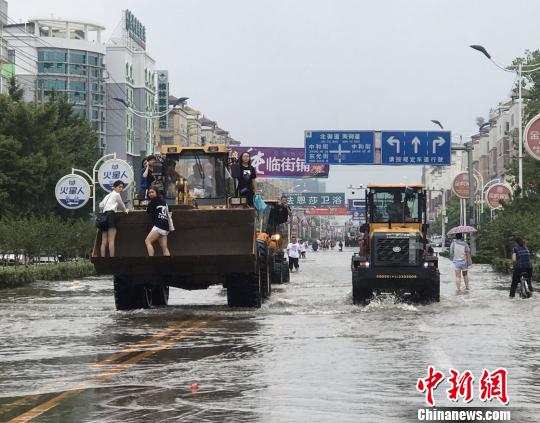 Around 888,000 residents in central China's Henan Province have been affected by Typhoon Rumbia, the 18th this year, according to the latest statistics released by local authorities.

As of Sunday noon, one person has been reported dead. Nearly 109,000 hectares of crops have been affected by heavy rain brought by Typhoon Rumbia.

The direct economic losses are estimated at 198 million yuan ($28.8 million) including 190 million yuan in agricultural losses.

Between Friday morning and Sunday morning, rainstorms have battered the eastern and northern parts of Henan, according to the provincial meteorological observatory.

Local civil affairs departments have dispatched personnel to disaster-hit areas to evacuate and relocate affected residents and examine the damage.

They are also monitoring changes in the weather, river water levels, and disaster conditions.