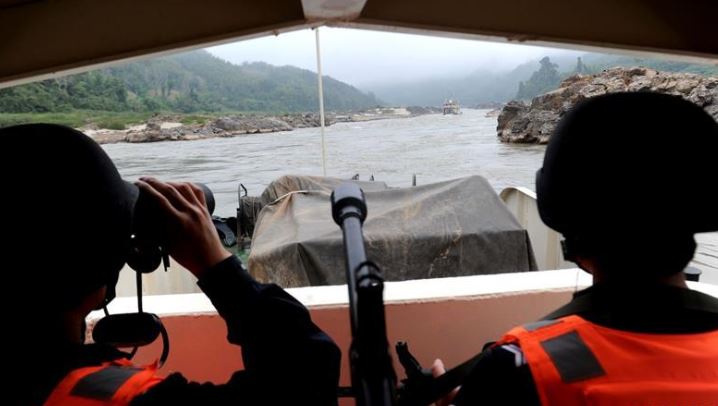 Eight vessels and 228 law enforcement personnel from the four countries participated in the four-day mission aimed at enhancing security along the Mekong River.

During the joint mission, the four sides held an inspection drill in the waters near the Golden Triangle, an area notorious for drug production, in order to gauge emergency response abilities as well as improve coordination of law enforcement personnel.

A series of activities including an information exchange meeting about curbing crimes on the Mekong and a photo exhibition reviewing patrol achievements over the past eight years were also held during the event.

Joint patrols on the Mekong started in December 2011 to tackle safety concerns after a gang hijacked two cargo ships and killed 13 Chinese sailors in Thai waters on Oct. 5, 2011.

The Mekong River, known as the Lancang River at the Chinese stretch, runs through China, Laos, Myanmar, Thailand, Cambodia and Vietnam, and is an important waterway for transnational shipping.