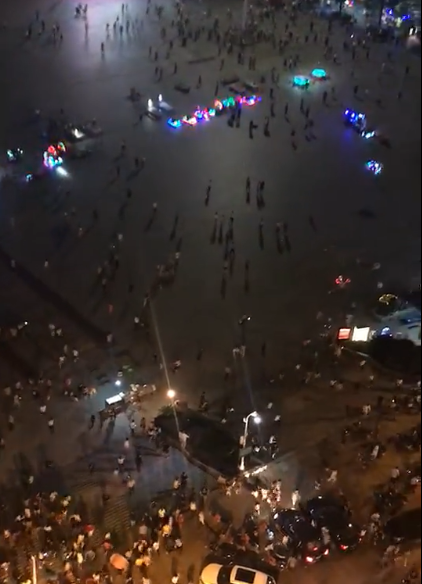 Nine people have been killed and 46 injured after an SUV smashed into the crowds at a public square in Hengdong county, Hengyang, Central China's Hunan Province on Wednesday evening.Authorities believe the driver intentionally drove his vehicle into people with the aim of killing them, Hengyang county's cyber publicity department said on its Weibo account.Videos and photos circulated online show people running in different directions and police officers taking control of a man. Police have arrested the suspect surnamed Yang, according to the city's announcement. Thepaper.cn quoted Hengdong country's publicity department as saying that the suspect Yang Zanyun, born in 1964, was a local Hengdong resident who has been previously convicted of multiple criminal offenses.Some online posts said the suspect is in his 20s and is a cancer patient, but this has not been confirmed.