China's National People’s Congress (NPC), the country’s top legislature, adopted a decision on Hong Kong national security legislation on Thursday. The decision has gained attention in the Hong Kong Special Administrative Region (HKSAR) and abroad. Why should this legislation be carried out at the state level? Will it affect Hong Kong's high degree of autonomy? The NPC and relevant departments responded to these questions. 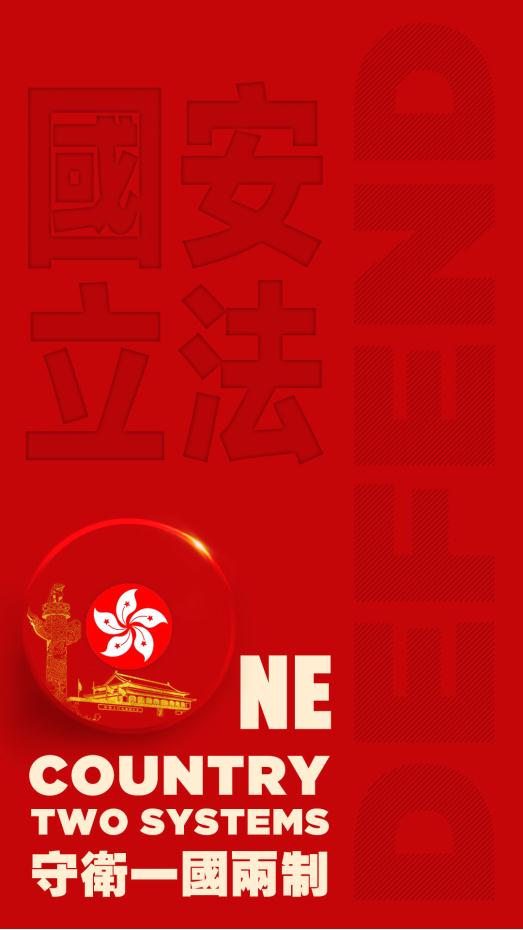 1. Why did China decide to enact HK national security legislation at the state level?

Legislation for Article 23 of Hong Kong’s Basic Law is long overdue because of the obstruction and interference of external anti-China forces. At the same time, relevant provisions with Hong Kong's laws that could have been used to safeguard national security have been "dormant.” In terms of the establishment of institutions, the allocation of forces and law enforcement powers to safeguard national security, Hong Kong also has deficiencies and shortcomings.

National security can't always be in a status of "defenseless,” nor can we watch hostile forces inside and outside use Hong Kong to split the country, subvert state power, organize and carry out terrorist activities, and intervene in the city’s affairs. It is inevitable that the central government would make laws at the state level. There was no other choice.

Article 23 of the Basic Law stipulates that Hong Kong shall prohibit activities that endanger national security through its legislation. However, since the return of Hong Kong in 1997, legislation for Article 23 has been incomplete due to interference from anti-China forces. Under the current situation, it is necessary to establish and improve the legal system and enforcement mechanism in Hong Kong to safeguard national security at the national level.

This security plan does not modify the Basic Law, nor does it replace or abolish the provisions of Article 23. Hong Kong has a responsibility to complete Article 23 legislation quickly. Legislation that maintains national security and its implementation must not contradict NPC decisions.

3. What are the basic principles this legislation must follow?

The laws will be promoted by "decision + legislation" after careful study and communication with concerned parties.

During the second step, the NPC Standing Committee, acting under authorization of the Constitution, the Basic Law and the NPC, will create relevant laws and regulations in light of specific circumstances in the HKSAR, and will be included in Annex III of the Basic Law and promulgated and implemented by the HKSAR.

5. Will it affect Hong Kong residents' rights and freedoms?

With the rioters and separatists, Hong Kong will never acquire stability. The decision authorizes the NPC Standing Committee to make laws to target very few who engage in activities that endanger national security, instead of law-abiding citizens. Hong Kong residents’ enjoyment and exercise of legal rights and freedoms will not be affected.

6. Will it erode Hong Kong's high degree of autonomy?

National security legislation is within the authority of the central government. The decision of the NPC is to uphold the responsibility of safeguarding national security in accordance with the Constitution and the Basic Law of Hong Kong, which is perfectly justified.

This institutional arrangement will safeguard national security in the HKSAR, effectively consolidate and expand the legal, political, and social foundations of the "one country, two systems" principle, and will not affect Hong Kong’s autonomy.

7. Is it against the "one country, two systems” principle?

8. Will it intensify social instability within Hong Kong?

Defending national security and reinforcing the “one country, two systems” principle guarantee the fundamental interests and well-being of Hong Kong citizens and the city’s lasting peace and stability.

9. Will the Standing Committee of the NPC solicit Hong Kong residents' opinions during legislation?