At the event, she also taught some foreign kung fu lovers how to punch, one of the many martial arts moves she’s mastered.

“You are so great!” commented one netizen on Chinese Twitter-like social media platform Weibo. 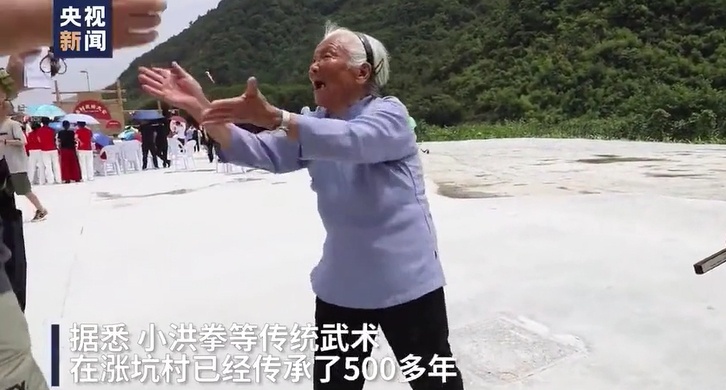 “She is so strong for her age,” added another.

According to Zhang, she started to learn martial arts at the age of five. “I would box every day, learning movements such as chopping, pushing palm and thrusting palm,” she said.

Kung fu has also brought her good health. “Even though I am old now, my strength hasn’t gone away,” Zhang added.

As a martial artist, the grandmother has long been well-known in her hometown, where the tradition of practicing kung fu has endured for more than 500 years.