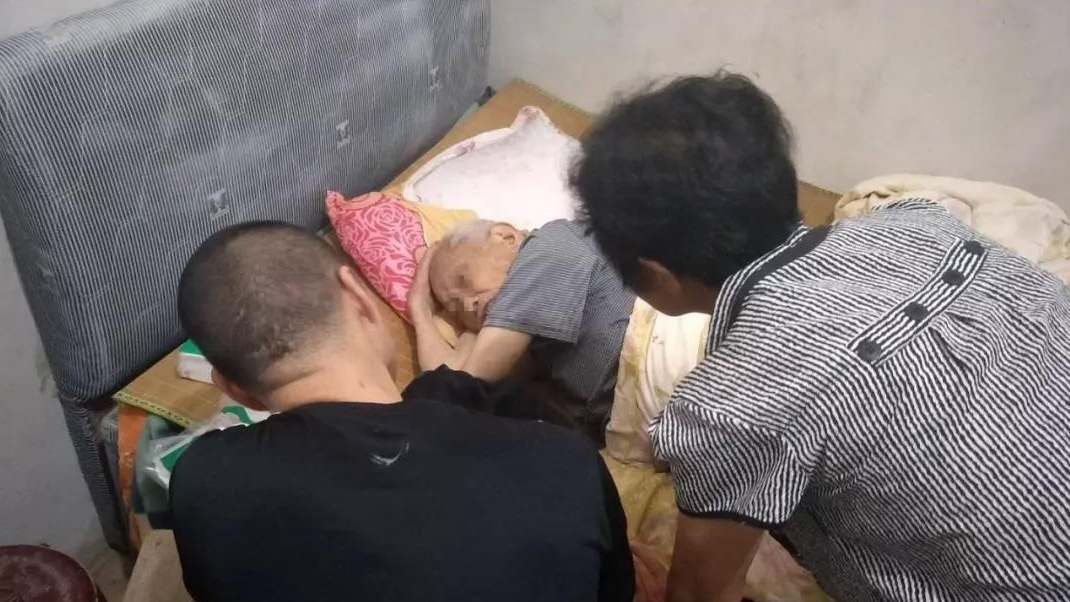 A 95 years old grandfather, too weak to eat anything for four days, passed away just one day after finally seeing his beloved grandson in jail.

On 22 June, Friday, several days before Zhang would be sent to prison, the detention center received an application letter from Zhang’s family, writing that Zhang’s grandpa, 95, has laid up for many years because of illness and could die at any moment.

Even though he could not express himself clearly, the grandpa still called Zhang’s name with his vague dialect every day.

“Please let them meet for the last time, which is the grandpa’s last wish in his life,” wrote the letter.

Considering Zhang’s good behavior at the detention center, they approved the application and decided to send Zhang back home on Saturday.

“Grandpa, I’m back,” Zhang kept whispering at his grandpa’s bed to wake him up.

30 minutes later, the grandpa opened his eye and could even sit up, a prison officer told the Paper.

Then, Zhang gently wiped his grandfather’s face with a hot towel.

One day later, he passed away in his sleep.

“You fulfilled my grandfather’s last wish before he died. Thank you so much,” Zhang said to the custody services.

“The reunion is so impressive for me. I will change myself during the prison sentence and be a different individual,” Zhang claimed gratefully after meeting his family.

ccording to Suichang Police, Zhang was sent to prison on June 28.

The story has struck a chord among Chinese netizen’s who have recalled their own memories about their grandparents.

“It reminds me of my grandmother. She said she missed her two granddaughters, and my sister and I came back home to see her immediately after finishing an exam. And then she left the next day,” @Xiao said.

“I cooked for her and went shopping with her for the last time and then she passed away the next day. I felt so regretful about that,” @Yangtuo said.

“Please be a good person in the future, and be kind to your parents after getting out of prison,” @Dongyazhua said.

If a direct relative or guardian is critically ill, dying or has had a serious accident at home, a prisoner can go back home to handle the crisis. According to the Prison Law of the People's Republic of China, a prisoner can apply to leave the prison for a short time on compassionate grounds, including attending a funeral, or if his/her direct relatives are gravely ill.