CHINA A call to push boundaries of scientific data

A call to push boundaries of scientific data 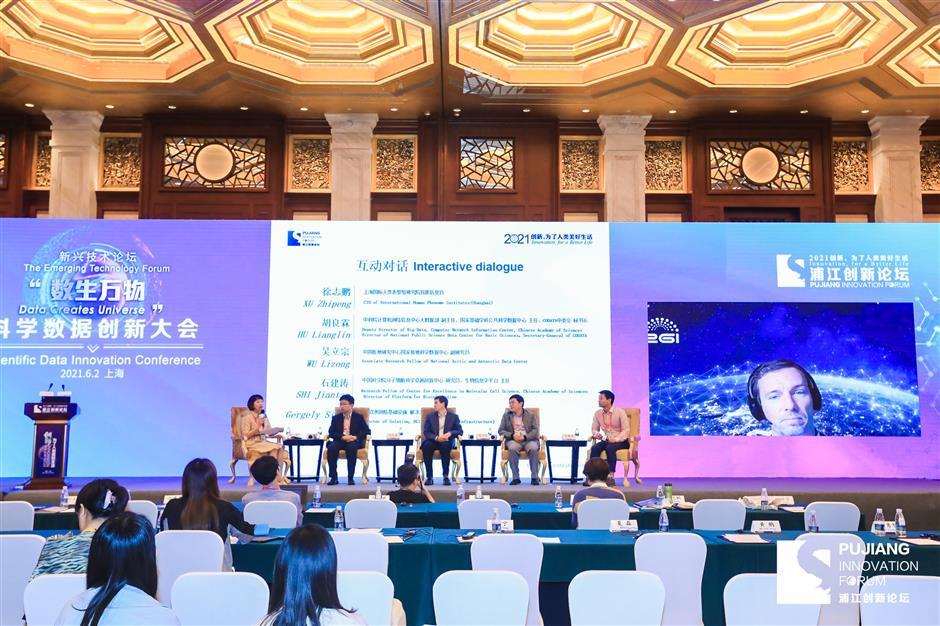 A discussion at the Emerging Technology Forum.

Experts are calling for more open mindedness toward open data during the Pujiang Innovation Forum.

The "Shanghai Initiative for Science Data Sharing" was released on Wednesday at the Emerging Technology Forum, a major event at the Pujiang forum, calling for the promotion of data sharing, data-driven innovation and data management.

"We should build leading and authoritative scientific data platforms to promote Shanghai to become a scientific data hub," said Zhong Dongting, an official from the Shanghai Science and Technology Commission. "We should also keep a strong mind toward data opening and take an active role in international communications. Moreover, we should embrace global innovation development, and make Shanghai a window of the world's scientific data resources."

The initiative, released by the Administrative Center of Shanghai R&D Public Service Platform and the Shanghai Science and Technology Innovation Resources Center, has been echoed by many universities, research institutions and other innovators in the city. 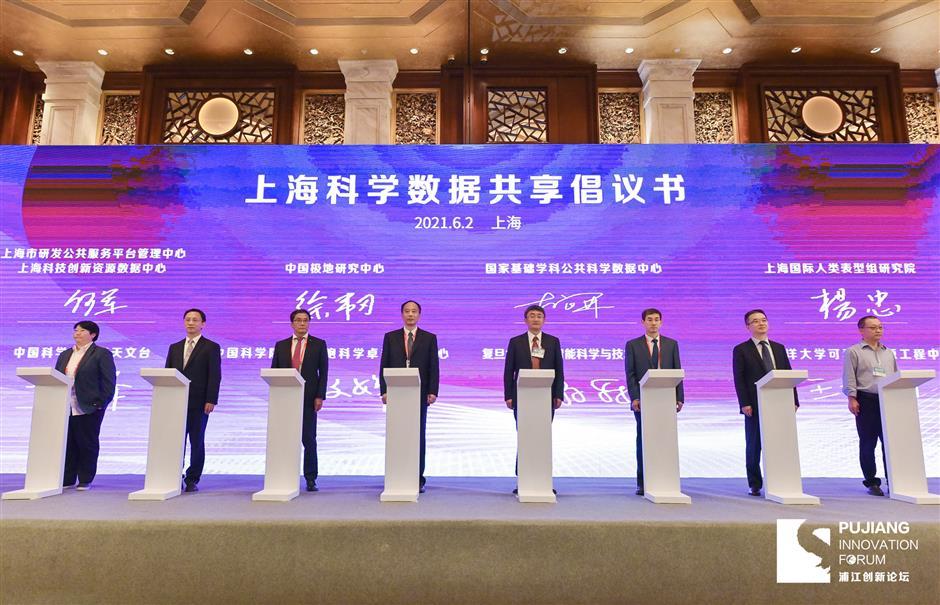 Signing of the "Shanghai Initiative for Science Data Sharing."

The Polar Research Institute of China, Institute of Science and Technology for Brain-Inspired Intelligence of Fudan University, International Human Phenome Institutes (Shanghai), Renewable Energy Engineering Center of Shanghai Ocean University, and several institutes under the China Academy of Sciences such as the Shanghai Astronomical Observatory of, Computer Network Information Center and Center for Excellence in Molecular Cell Science have signed the initiative.

Some are partnering in data sharing and innovative applications.

Wang Ye, deputy director of the Shanghai Science and Technology Commission, said scientific data has become a key strategic resource of scientific research, and Shanghai is working to accelerate the drafting of a scientific data management system.

"We will work to build a regional, comprehensive and international scientific data center to support the city's digital transformation," Zhu said.

Guo Huadong, a CAS academic, said the world has witnessed an explosive increase in data.

About 10 years ago, the United States and western Europe had nearly half of the world's data, and China's data volume accounted for only 13 percent. But today, it's a different story. China is No. 1, followed by Europe and the Middle East, Japan and the US.

"It shows China's ever-increasing development in science and technology, as well as economics," Gue said.

China has taken the lead in the big data sector after years of effort, according to Liu Liehong, vice minister of the Ministry of Industry and Information Technology.

The latest figures show the scale of China's big data industry registered a compound growth rate of more than 30 percent during the 13th Five-Year Plan period (2016-20), and the industry scale exceeded one trillion yuan in 2020.

The figures were revealed by Liu at the opening ceremony of the China International Big Data Industry Expo held in Guiyang, Guizhou Province, on May 26.