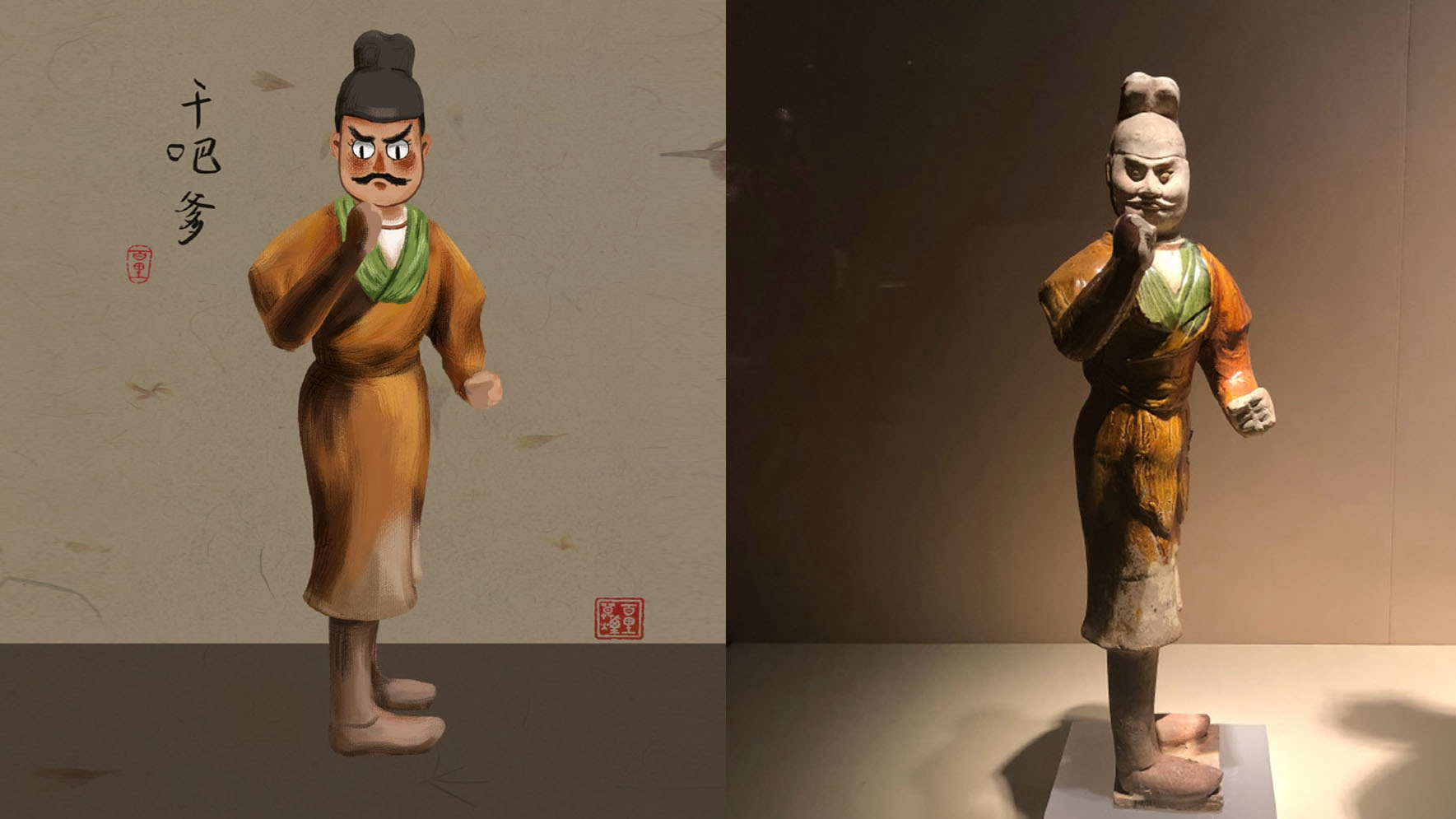 Memes have already become an essential part of young people’s daily life nowadays. From emojis to photos of celebrities, everything can be turned into a meme.

In China, a set of paintings, with their cute poses and facial expressions set with trending catchwords used to define and explain them, have gone viral on the Chinese social media Sina Weibo, the Twitter-like social media platform.

From the hit “sea-weed dance” to the “chop-off-hands buyers”, all of the paintings have captured the most popular culture of Chinese millennials, and yet, the characters’ clothing, coloring and gestures bear distinguishable styles similar to ancient Chinese culture.

The combination and contrast of modern and ancient culture struck social media users immediately. Two clips of short videos about the works were viewed over 1.6 million times soon after they were put online.

The painter was later found out to be Wang Congying, a fine arts teacher in Taizhou City, east China’s Zhejiang Province. She reveals that the inspirations for the set of paintings are from pottery figurines on display at Nanjing Museum, in the capital of the neighboring Jiangsu Province.

Wang said that painting has been her lifetime career, and she paints at least one picture every day.

“I could paint from 06:00 in the morning until 22:00 without disturbance, and even to stop painting for only one day would make me feel guilty,” said Wang.

“The pottery figurines are so cute that I even have this feeling that our ancestors mastered the skill of drawing cartoons some thousands of years ago,” she said.

Inspired by the ancient relics, it took Wang Congying at least three days to finish a painting, and she never expected that they would be widely loved by the public. Wang usually took photos of the pieces of pottery at the museum, and paint them when she got back home.

But she also brought her sketch book sometimes, and drew the rough profile out in front of the exhibition window.

“If the paintings motivate some people to walk into the museum and get to know more about Chinese culture, I would be very happy,” said Wang, who herself is also a loyal fan of China's traditional culture.