A Chinese rural elementary school teacher and his 'Les choristes'

A 51-year-old rural elementary school teacher was dubbed by netizens as "the king of dance" after videos of his self-choreographed amateur dancing videos trended on Chinese social media.

Li Kai has been the head teacher of 49 students at the Shuangqiao elementary school in Feidong County from East China's Anhui Province. The school has only one teaching building. Although the county is not far from the provincial capital Hefei city, it doesn't provide many options for the students in terms of extracurricular activities.

Most of the students in class are left-behind children. Li tried many times to open their hearts until one day he thought of his own hobby -- dancing. That is how the dance named "Cuckoo in spring" was born. 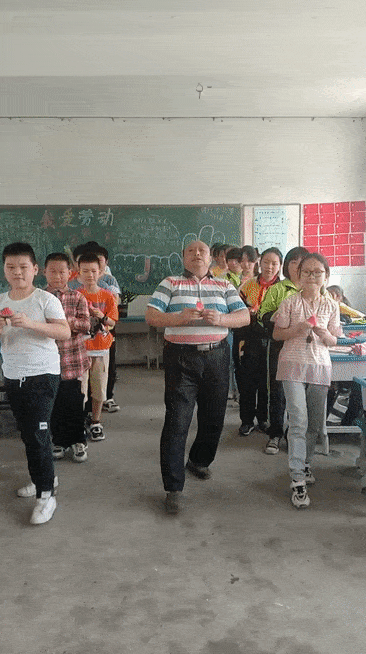 When he danced for the first time during recess in the classroom, the students were intrigued but hesitated to join out of shyness. Li didn't give up, and kept dancing as a regular performance. One by one, students gradually joined in and even asked Li to correct their movements.

Now, the class dances once or twice every week. Dancing has brought him closer to his students, and also helped boost the students' confidence.

"As long as they like it, I will stick to my commitments and design more interesting dances and dance with them," Li said.