CHINA A doctor whose healing touch extends to wild animals

A doctor whose healing touch extends to wild animals 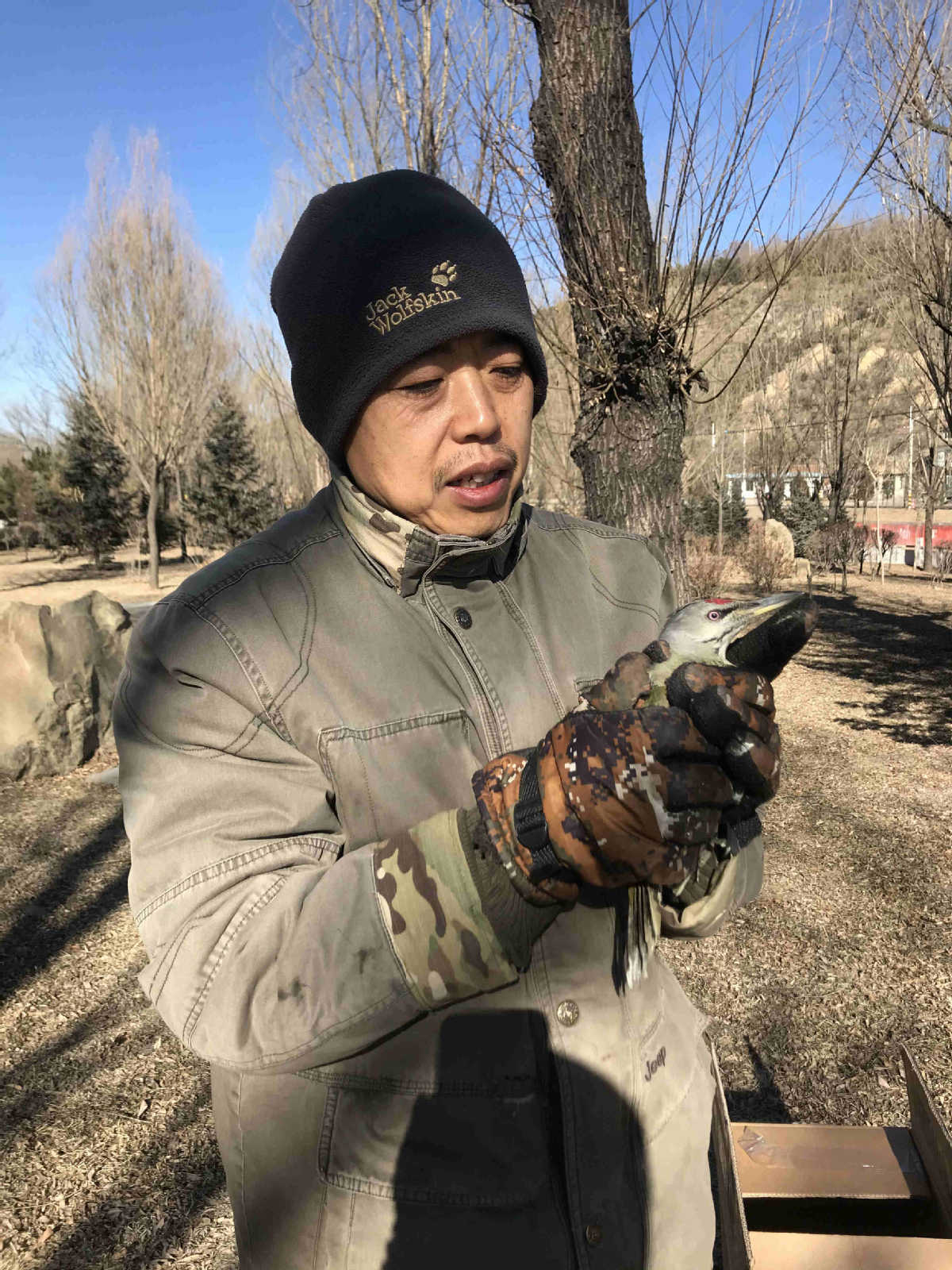 Yang Xiaodong, an orthopedist and a wildlife lover, releases a woodpecker in the wild after treating it in Heshun county, Shanxi province. (Photo: China Daily)

He is an orthopedist and the deputy director of Heshun County People's Hospital in Shanxi province. He is also the chairman of the Heshun Ecological Conservation Society. And he spends "most of the money he earns from treating people to save wild animals".

Meet Yang Xiaodang, the 51-year-old doctor with a love for wildlife.

Situated in the Taihang Mountain Range in Shanxi, Heshun has a forest cover of nearly 30 percent, much higher than the 23 percent national average. It is also home to a large number of wild animals including leopards, roe deer, wild boars and red foxes. Yang has guarded them all for more than two decades.

At present, Yang is worried about an eagle owl that he saved one year ago but has not seen ever since. When the bird was brought to him by the staff of the county forestry bureau, it had lost one eye and seriously injured the other after flying into a high-voltage power line.

Yang asked an ophthalmologist colleague in his hospital to conduct an eye operation on the bird. Two months later, the bird's injured eye healed under the professional care of Yang, and his ophthalmologist and other colleagues. Soon it was fit enough to be released in the wild. But not knowing the fate of the bird has been troubling Yang since then.

Yang and his colleagues in the hospital have treated between 300 and 400 injured or sick wild animals over the past two decades. One-third of the treated animals recovered and were released in the wild, while one-third were sent to the zoo as they had developed different types of "disability", and the rest died.

Yang also saves wild animals from poachers and local farmers. Once, Yang and some other volunteers bought a ewe to nurse two newborn roe deer, which a local farmer had caught and intended to keep as pets. After five months' intensive care, the two fawns were weaned off the ewe's milk. Later, the volunteers trained the fawns to adapt to the natural environment, and released them in the wild after being certain that they would be able to survive alone.

Yang has also been trying to make local farmers understand that human beings cannot raise wild animals as pets, because their home is in the wild. To do so more convincingly, Yang established a wildlife protection organization in the county in 1999. And in 2018, he was elected chairman of the newly founded Heshun Ecological Conservation Society. Yang's wife is a member of the society, and his daughter works for an environmental protection organization.

Thanks to Yang's efforts, more than 100 people have joined the society, which has become an important platform for the local people to save wild animals. The expenses for saving wild animals are borne by the organization and people, though.

One such ardent wildlife protector is Li Weidong. "I like the work, it is very meaningful. So I don't feel tired," Li said.

Yang has to not only find ways to thwart poachers, who are using new methods, even advanced technology, to kill or trap wild animals, but also concerns about the threat the power grid poses to wildlife. That's why he has been leading his team to patrol the mountains at night and during holidays for the past two years. He has also installed more than 100 boards with anti-poaching slogans in the forests and rural areas.

Liu Zhibo, who caught two poachers last year, said: "The more people take part in protecting wild animals, the more pressure the poachers will feel." According to Liu, the work in itself is a good lesson of life, so when the volunteers see a dead leopard cat, its back broken by a trap, they are heartbroken as well as angry. On the other hand, they feel happy to see an eagle recovering from its injury under their care, and spreading its wings again to fly away.

Liu often takes his young daughter to watch the volunteers rescue wild animals, in the hope that she will learn to respect all forms of life.

As for Yang, he knows that just asking the local farmers to not harm wild animals is not enough, especially because some wild animals attack their livestock or cause other damage. So he raises funds to compensate the farmers whose cattle are killed by wild animals such as leopards, in order to ensure the farmers help save wildlife.

Yang said: "Thanks to the joint efforts of all the people, we now often see herds of wild animals foraging at night through our infrared cameras installed on the mountains. The scenes are so beautiful." Yang often uses these videos to raise people's awareness and make them realize the necessity of harmonious coexistence with wild animals.

Signing off, the orthopedist-cum-wildlife lover said: "That I could organize the people to speak for the wild animals and do something for them has made my life worthwhile."