CHINA A glimpse of China's largest hydroelectric project along Lancang River: from being responsible neighbor to biodiversity protection vanguard

A glimpse of China's largest hydroelectric project along Lancang River: from being responsible neighbor to biodiversity protection vanguard 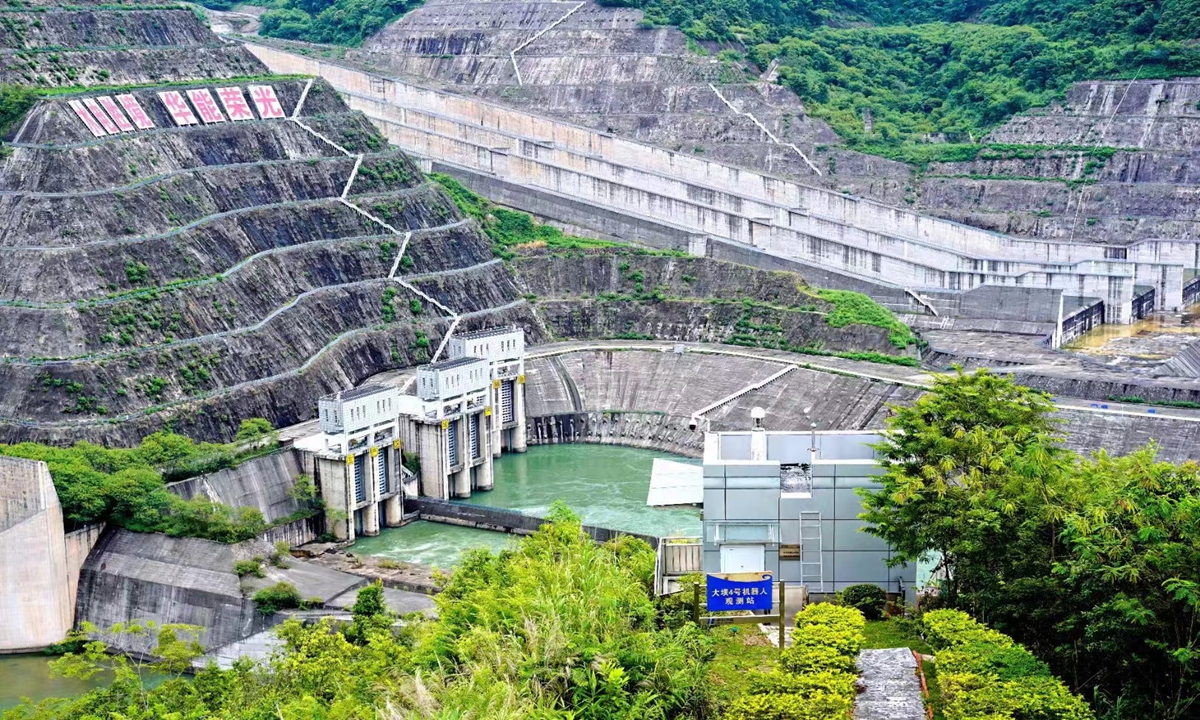 Hydropower station has become an increasingly important bulwark for China when the country is striving to achieve carbon neutrality before 2060. Located in one of China's most water and biodiversity rich province Yunnan and being the largest hydropower station in the Lancang River basin, the Nuozhadu hydroelectric station not only serves as the country's important clean energy provider, but also takes up onus of helping downstream Mekong River in easing their droughts and preventing those countries from suffering from floods.

Moreover, it is also a creative practitioner of China's "green development" philosophy as it set the standard of creating animal rescue and plant protection sectors within the station. Those make Nuozhadu hydropower station not only a clean energy producer, also a rainforest-style garden that is contributing its own fair share for preserving the country's biodiversity.

This September marks the ten-year anniversary since first unit of Nuozhadu hydroelectric station, the largest hydropower station in the Lancang River basin - on the upper reaches of the Mekong River which connects six countries, has been put into use. A media tour group includes both Chinese and foreign journalists, organized by Changjiang Water Resources Commission of the Ministry of Water Resources, as well as Lancang-Mekong Water Resources Cooperation Center, which was established in 2017 in accordance with the Sanya Deceleration of the First Lancang-Mekong Cooperation Leaders' Meeting in 2016, toured the Nuozhadu hydropower station to take a glimpse into how the station can manage shouldering both onus of neighboring countries and preserving biodiversity.

During the tour, the Global Times learned that the station generates 23.91 billion kilowatt-hours per year, equals power consumption of 9.56 million tons of coal and saving 18.77 tons of carbon emission per year, which renders it one of the country's linchpin in transformation of clean energy, and an important role in achieving the goal of peak carbon emissions before 2030 and reach carbon neutrality before 2060.

Nuozhadu is one of the major cascade power stations located on the upstream of Lancang River. Together with nine other stations, they generate 930 billion kilowatt-hours since put into use, and spared the use of 330 million ton of coal, according to Zhou Lin, a senior official from Nuozhadu hydropower station, which was operated by Huaneng Lancang River Hydropower Inc, told the Global Times. 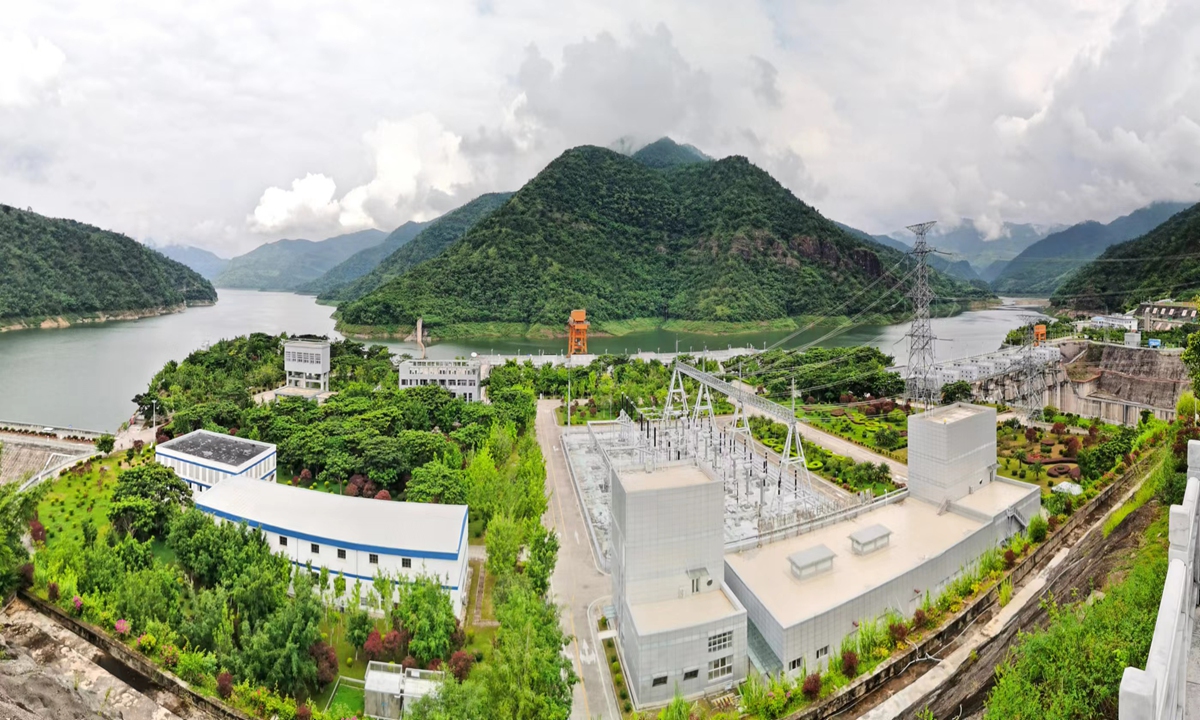 Pictured is the Nuozhadu hydropower station.

As the Northern Hemisphere is engulfed by a rare heat wave and drought this year, some Western media outlets started another round of bashing Chinese hydropower stations, claiming that the Chinese stations at upstream of Mekong River are responsible for aggravating droughts in downstream countries.

Yet a research conducted by Long Di, a professor from department of hydraulic engineering of Tsinghua University and his team, who are closely following the hydraulic research of the Lancang-Mekong River, published a paper in August this year, saying that the cascade power stations located on the upstream of Lancang River not only did not exacerbate the drought for downstream countries, it in fact increased volume of runoff of the Mekong River's brunches during dry season.

According to Zhou, when Mekong River was suffering severe drought in 2019, hydropower stations located on the upstream, such as Xiaowan and Nuozhadu, cut down their water reservoir and reduced electric energy production, at the cost of huge economic profit, to increase water supply for the downstream countries, and help them abase the drought.

Moreover, countries alongside the Lancang-Mekong River suffered one of the worst droughts linked to El Niño in half a century. In response to Vietnam's request, the Huaneng Lancang River Hydropower Inc swiftly coordinated the cascade power stations of the Lancang River to increase water supply for Mekong River countries. Those countries' drought then was greatly eased by the total water supply amounting to 12.6 million tons, and they expressed gratitude repeatedly for such a friendly gesture from China.

Zin Mar Htwe, Charge d'Affaires of the Myanmar Embassy in China, thanked China in August for continuously sharing hydrological information with the Mekong countries and offering support for projects funded by the Lancang-Mekong Cooperation (LMC) mechanism.

The ten cascade power stations along Lancang river have so greatly increased water flow of the downstream river that Lancang-Mekong golden waterway for trade is navigable all year, helps stimulate navigation and trade for Mekong River countries.

Long's research also suggested that the cascade power stations, which are able to store water during rainy season, play an important role in preventing downstream countries, such as northern part of Laos, from suffering flood. 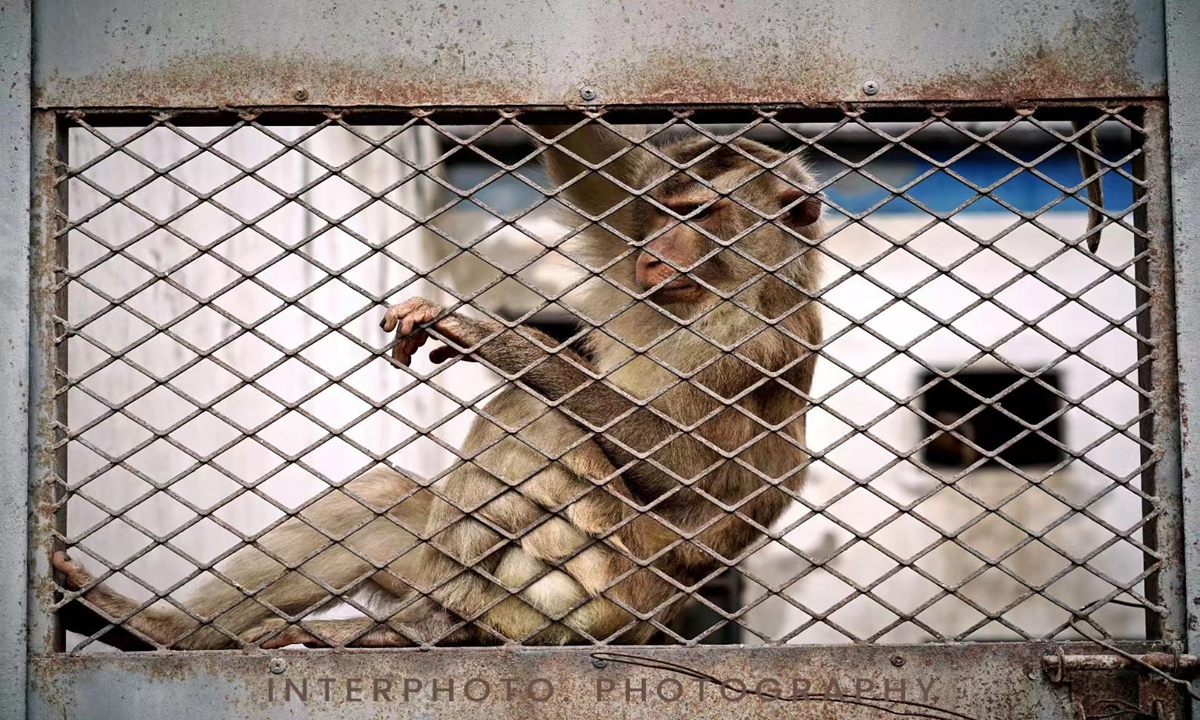 Pictured is monkeys rescued by the Nuozhadu hydropower station.

The station has built a 15-mu (equal to one hectare) animal rescue center, which is the first of such kind for hydropower stations in China, for injured animals that farmers find nearby. Since being put into operation in 2010, the center already rescued 435 animals from 70 different species, including 83 first-class protected animals such as southern pig-tailed macaque and African gray parrot.

"Once those animals were cured, and are able to survive in the wild again, we set them free or sent them to the zoos," said Zhou. Then he pointed at two vultures, "such as those two lived and ate so well in our center, we have to help them lose weight first, before setting them free."

There's also a specifically designed center for fish at the station. Under cooperation with scientists, the station has successfully worked out the artificial reproduction skills for rare fish such as red mahseer and helicopter catfish and managed to artificially reproduce giant devil catfish the first time in China.

"We also told fisheries and other people in the neighborhood to give us rare fish they have found in the wild, such as giant devil catfish and award them several thousand yuan if they do that," Gong Bin, from Nuozhadu hydropower station, told the Global Times. 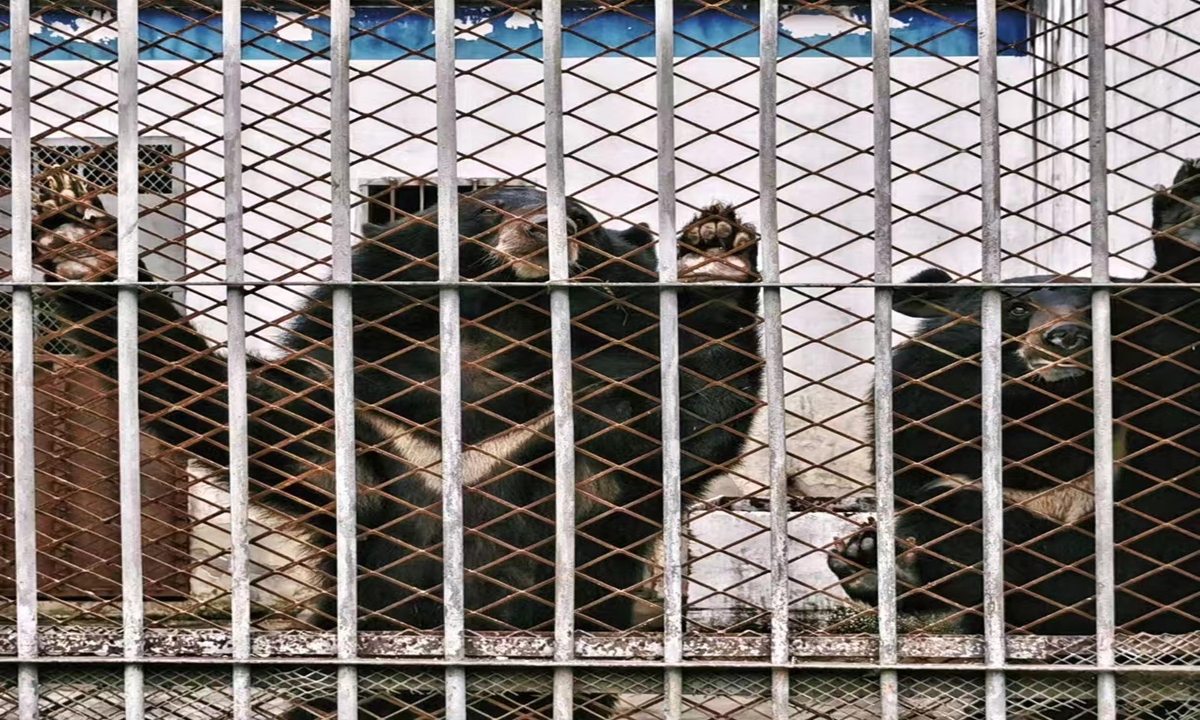 Pictured is a pair of black bears, who are sisters, rescued by the Nuozhadu hydropower station

Located in one of China's most biodiverse provinces - Yunnan, Nuozhadu hydropower station also designed a 67,333-square meter space contributing for preserving biodiversity. Since the mini "botanical garden" put into use in 2012, it became home for two of China's first-class protected plants, cycas balansae and cycas pectinate; 7,615 second-class and 985 third-class protected plants.

When the Global Times reporter visited the botanical garden, many of those plants are carefully protected by fences and gauze.

Such careful attendance of plants and animals not only made the Nuozhadu hydropower station a pleasant rainforest-style garden to walk around, it also embodies the station's notion of "prioritizing ecology, green development." And through the lens of Nuozhadu, it is also obvious that the country's "green development" philosophy is widely adopted in China, the world's largest producer of hydroelectricity. 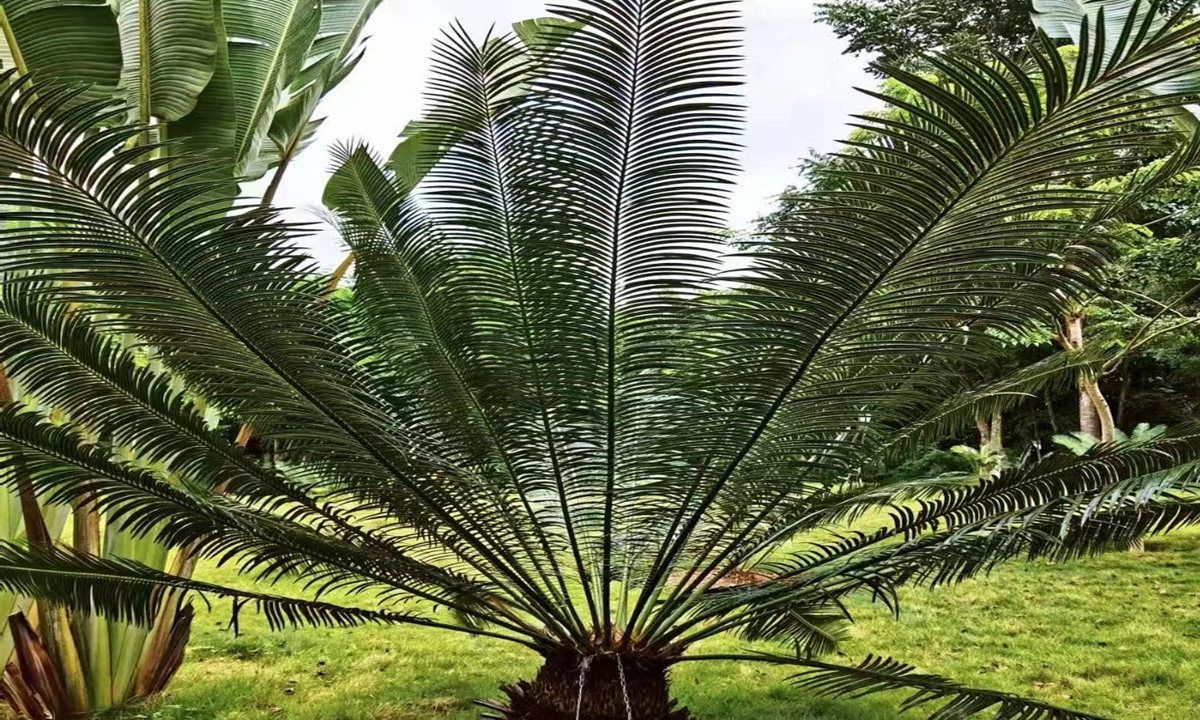