CHINA A greener world in the eyes of a former lumberjack

A greener world in the eyes of a former lumberjack

LANZHOU, Dec. 31 (Xinhua) -- Yang Ansheng will never forget where he planted his first tree on a wood farm in northwest China's Gansu Province, which incidentally is also where he previously worked cutting down trees. 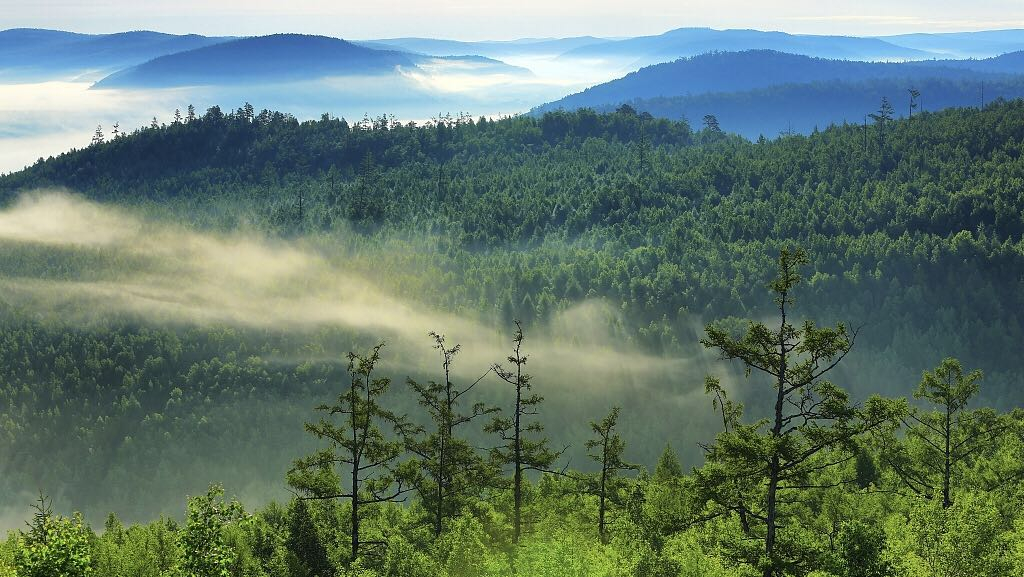 "Thinking of the trees I cut down has troubled me for years, and now I just want to protect the woods and help build a better and greener future for generations to come," Yang said.

Yang, 47, is a forest ranger at a wood farm of Tewo county in Gannan Tibetan Autonomous Prefecture. As a guardian of forests now, it is almost hard to believe he was a lumberjack before.

In 1990, Yang landed his job as a logger after graduation. He was responsible for cutting down trees according to the timber production plan drawn up by the local government.

In Tewo, a wooden house is a symbol of traditional Tibetan culture. To prevent excessive deforestation, local citizens needed to apply for wood quotas before building houses, and then the local forest farm would fell trees in the logging season.

After receiving instructions, loggers like Yang would locate a square area on the map first. During their logging, they were required to leave a row of "woody wall" in four directions.

"Because we would plant saplings in this area, the 'wall' was to prevent the small ones from being blown away," said Yang.

Falling trees can be dangerous, which requires group work, Yang said. When one is axing a tree, the other had to watch out in case of an accident, he said.

However, countless body wounds cannot hold a candle to the scar in Yang's mind.

"With more trees being cut down, the fairytale world of my childhood vanished," Yang said. He described that when he was a child there was a dense forest outside his home where he often indulged himself in adventures deep in the woods and rejoiced at the rustling and twittering from animals, but the felling took it all away.

Excessive logging once made green mountains bare, with sand storms and soil erosion beginning to strike villages, he said.

From 1998, China initiated a natural forest protection project, aiming at preserving and cultivating natural forest resources for sustainable development. The project has brought a difference to Yang's job.

Yang put away his ax and shelved spades and hoes, completely devoting himself to planting trees.

The wood farm where Yang works, with over 60 workers, now plants about 150,000 trees every year.

The arid climate has led to a low survival rate of the saplings, but Yang and his colleagues were not discouraged. When he was working in mountains, a sense of satisfaction welled up in his mind.

"My green world and animal friends are coming back," Yang said.

Their efforts have paid off. Statistics show that Tewo county saw its vegetation coverage reach 87 percent and forest coverage rise over 64 percent.

The plateau county epitomizes China's efforts of afforestation. Besides government-funded projects, many citizens join in afforestation through offline planting activities or participating in it with the help of online platforms like Alibaba's Ant Forest initiative.

China has completed afforestation of about 7.07 million hectares in 2019, according to the National Forestry and Grassland Administration.

A study in 2019 using data from NASA satellites showed that China had contributed to at least 25 percent of the increase in the global green leaf area since the early 2000s, ranking first in the world.

As a forest keeper, Yang wanders in the woods every day with his colleagues, not only helping with forest fire prevention but also monitoring growth.

In the forest with diverse plants, including spruce, Chinese pine, shrub and fungus, he now can run across foxes, sika deer and other creatures on his patrol, listening to birds chirping above.

In his spare time, Yang occasionally goes to see the first tree he planted. "Though the 29-year-old spruce tree is small and short, it's still a sign of hope for a greener world," he said.