CHINA A man in Hunan detained for vilifying deceased firefighters

A man in Hunan detained for vilifying deceased firefighters

A man in central China's Hunan Province was recently detained for 10 days for vilifying firefighters in a WeChat group, police said. The firefighters died while tackling a huge forest fire in Southwest China's Sichuan Province. 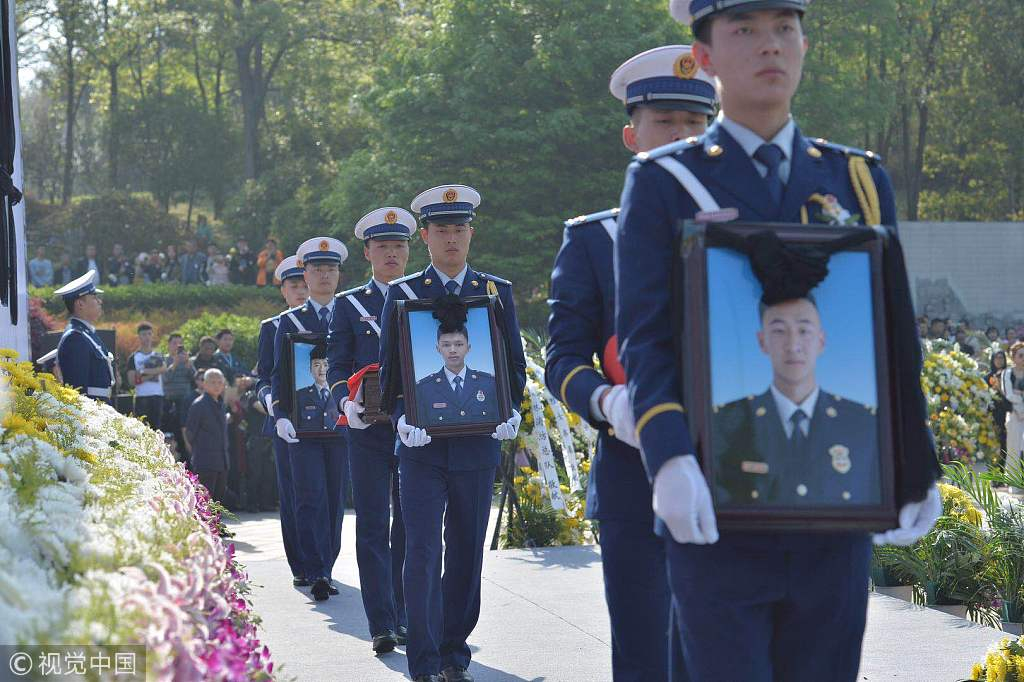 The remains of firefighters who died while battling the fire in Liangshan in southwest China's Sichuan Province over a week ago have been returned to their hometowns. (Photo: VCG)

The police found the disrespectful messages by the suspect surnamed Zhou against dead firefighters after watching a video of their bodies being sent home, which upset other netizens.

Zhou admitted his mistake and regretted it. According to the law, the police imposed a 10-day administrative detention on Zhou as punishment.