A miraculous recovery after ECMO therapy 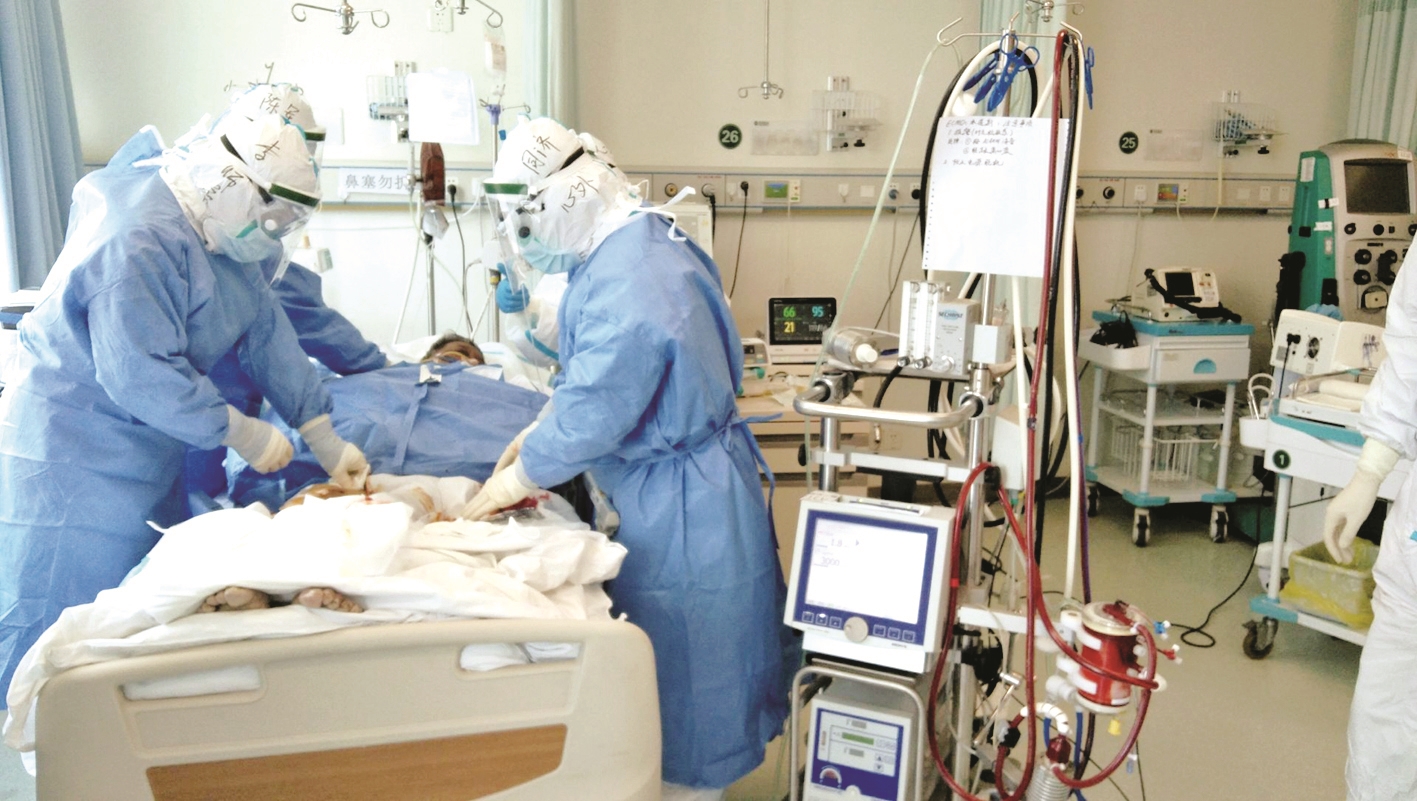 BEIJING, April 14 (Xinhua) -- With the help of a walking aid and supported by a nurse, an elderly woman surnamed Ma tottered along the hallway outside her ICU ward, wearing a portable ventilator.

It was the first time in 55 days for the 78-year-old COVID-19 patient to rise from the wheelchair and take slow steps, also the 28th day without staying on extracorporeal membrane oxygenation (ECMO) therapy.

Ma, admitted in Beijing Ditan Hospital, is the first critical patient who successfully had the ECMO machine removed in the city.

She suffered from severe respiratory distress and had confusion when she was sent to the hospital on Feb. 5, according to Ma's doctor in charge Pu Lin, chief physician of the intensive care department at the hospital.

Medics carried out urgent tracheal intubation when they found that using an oxygen mask could not improve Ma's oxygenation index, Pu said. Problems with her circulatory system followed, thus the doctors had to use boosters to maintain her rapidly dropping blood pressure.

Ma's life was at stake when her condition grew worse on Feb. 9 and immediately got support from an ECMO machine.

"The ECMO therapy brought life to her," Pu said, noting that Ma's condition finally got better, and her pulmonary lesions were improved after 23 days in the ICU.

Liu Jingyuan, head of Pu's department, said that Ma's recovery after ECMO therapy, at such an old age, was miraculous since she had several underlying diseases like diabetes and hypertension.

"It is important for the critically ill patients to have strong will and faith," Liu said.

Ma started her rehab training according to customized plans after the ECMO machine was removed. Getting out of the ICU earlier had become a common goal for her and the medical staff.

Pu and Wang Hongyu, head nurse of the department, found rehab training videos for Ma, who later restored some muscular strength after having bed exercises for some time and began to have chair exercises.

"We couldn't be more careful whenever we helped her get dressed and put on shoes," Wang said. "We had to keep her nasogastric tube, catheter and ventilator pipes in place."

Ma had to lean against a medic as it was still difficult for her to keep her head up for long while doing exercises in a sitting position.

"We held her tight, and we were her support," Pu said.

The medics are currently trying to help Ma clear the next hurdle in her recovery -- removing the ventilator.

"It was the first step to have her transferred to a general ward before she could be discharged from the hospital after a full recovery," Pu said. The doctors have been giving a half-hour experiment on Ma every day with her ventilator removed, checking her breathing rate and blood pressure.

"It still needs time for the recovery of her lung inflammation after long-time use of the ventilator," Pu said. Though several experiments failed, everyone was confident.