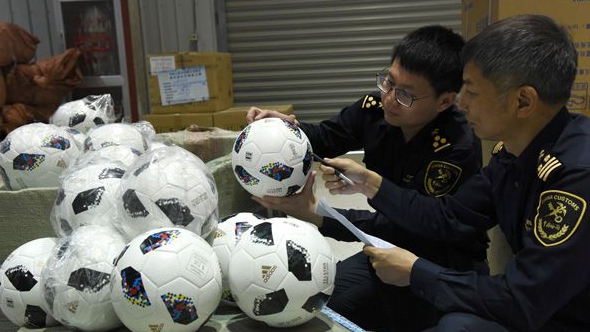 Customs officials in Guangzhou Province have confiscated over 7,800 FIFA counterfeits violating Intellectual Property Rights, in a nation-wide campaign to protect the intellectual properties of the 2018 FIFA World Cup, according to an announcement by the General Administration of Customs of China on June 13. Among these knockoffs found by customs are jerseys, shirts and soccer balls.

In mid April, two months before the 2018 World Cup, customs found 700 tops and 3,530 suits with Adidas or FIFA World Cup logos, which would be sent to Tanzania, according to the announcement.

Every FIFA game brings with it fights between customs officials and counterfeit manufactures, for whom, the 2018 World Cup is an opportunity for massive sales to global customers.

As the event drew closer, World Cup-related products have been among the bestsellers on Yiwugo, the official website of China Yiwu market which is the world’s largest wholesale market of commodities.

Fake products have always been persistent problems during global high-profile events, such as the Olympics and FIFA World Cup.

To protect the intellectual property of the 2018 FIFA World Cup, China’s customs, alongside Russia, conducted a campaign for 3 months that started on March 1, 2018. 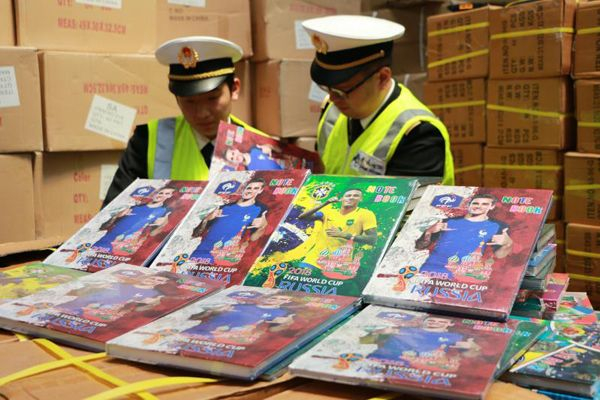 Notebooks which have unauthorized FIFA World Cup logos have been confiscated by China's customs in Ningbo-Zhoushan Port, Zhejiang Province.

On April 4, a container truck carrying goods from a company in Shenzhen left Huanggang Port, Guangdong Province, and headed to Hong Kong, declaring 3,000 pieces of polyester knitted T-shirts and 1,000 pieces of cotton woven caps, which had a combined worth of 3,822.2 US dollars according to Xinhua News Agency. Customs discovered that all 4,000 products were counterfeit.

"Products infringing the Intellectual Property Rights of the World Cup have been detained, after being confirmed by the rights holder of FIFA," said Hangzhou Customs on June 13, “This year has seen 32,398 products seized."

Meanwhile, more than 1.9 million US dollars worth of  counterfeit World Cup merchandise has been seized since April in Hong Kong, announced Hong Kong Customs.

In 2018, 130,000 World Cup counterfeits have been found in Guangdong Province, according to Guangdong Custom's statistics.

In the Port of Shanghai, the world’s busiest port, customs have discovered more than 130,000 products that “infringed upon the intellectual property rights of the International Federation of Association Football (FIFA), according to China News. 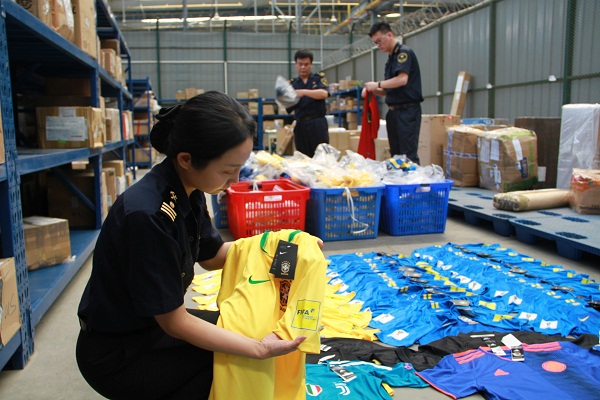