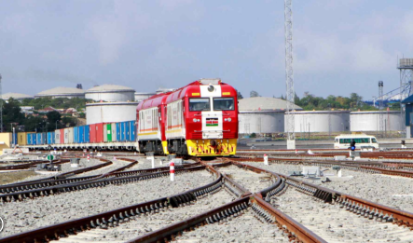 In September, Chinese and African leaders will gather in Beijing for the Forum on China-Africa Cooperation (FOCAC), where they will discuss about China-Africa cooperation in the new era.

CGTN's production team has traveled across Africa and made a five-episode documentary titled, "A New Era of China-Africa Cooperation," to showcase the development of African countries as well as present the achievements of China-Africa cooperation.

From the Mombasa-Nairobi Standard Gauge Railway to the Ivato International Airport-Europe Boulevard Expressway, episode one reviews the traditional friendship between China and African countries and illustrates how the countries work hand in hand to achieve their dreams of development in the new era of China-Africa cooperation.

The documentary with each episode lasting 30 minutes, airs on CGTN on August 26-30 at 0530 GMT and will be rebroadcast on August 26-30 at 1830. You can also watch the full episode on CGTN’s APP and other social media platforms YouTube, Facebook and Twitter.