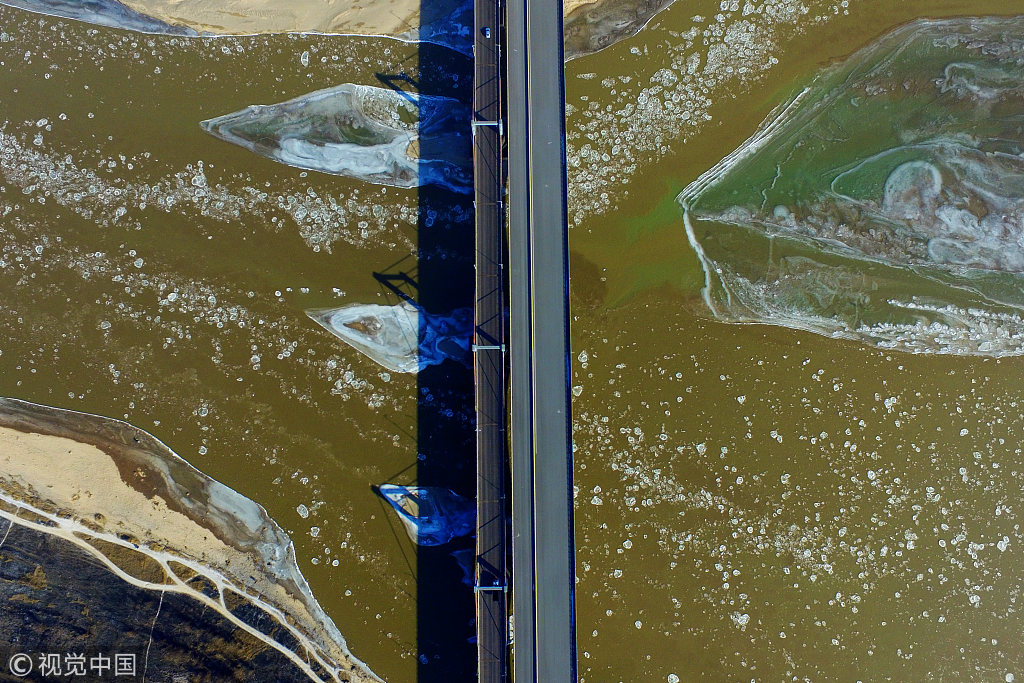 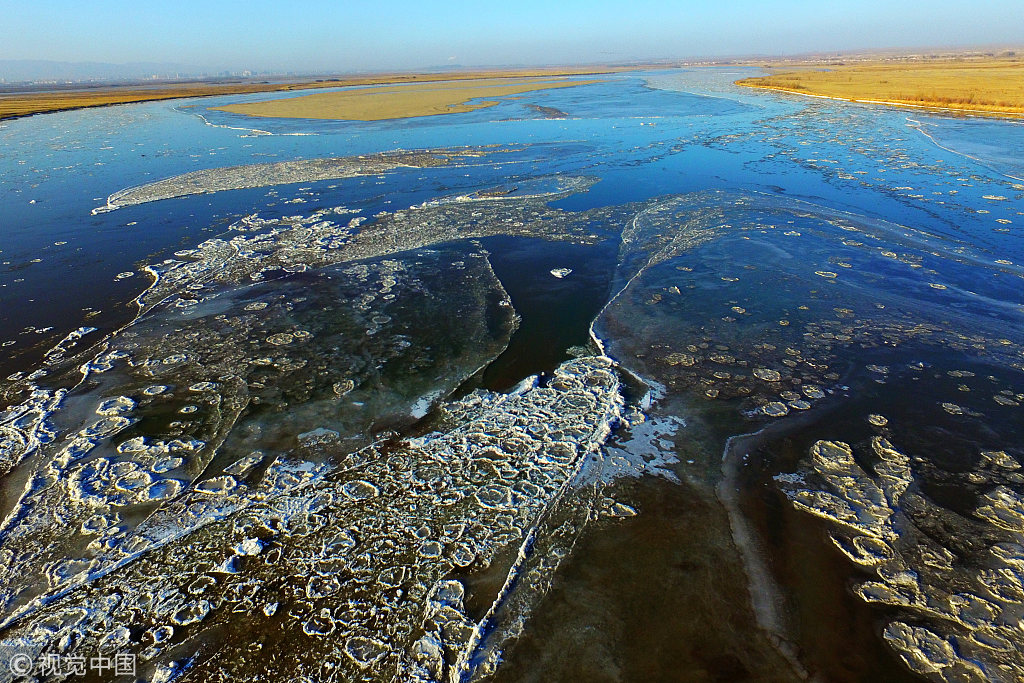 This shows that Yinchuan section of the Yellow River has entered jumble ice season.(Photo: VCG) 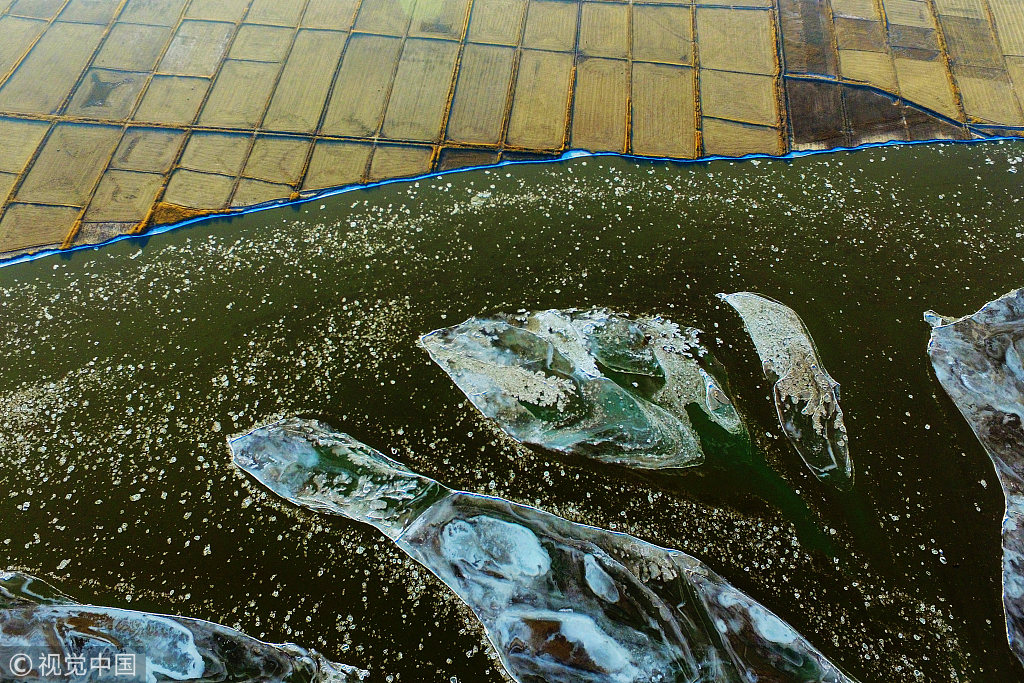 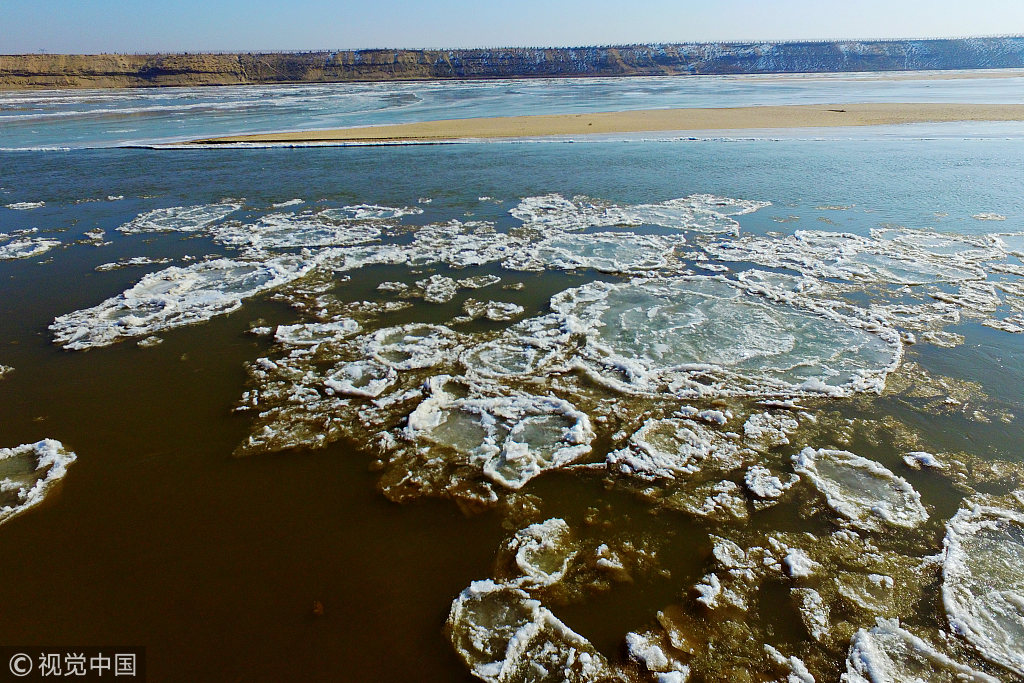 Jumble ice is a special phenomenon which happens on a river where the ice downstream blocks the flow of water from the melted upper river. The water rushing beneath the ice pressurizes the frozen surface and fractures. Ice is torn into pieces by the river's current and blocks the rivers flow, causing an acute rising of the water level and can even cause flooding.