CHINA A quick look at 'Message to Compatriots in Taiwan'

A quick look at 'Message to Compatriots in Taiwan'

January 1, 2019 marks the 40th anniversary of the issuing of "Message to Compatriots in Taiwan." Elevating and achieving closer and better cross-Strait relations reflects mainstream public opinion on both sides of the Taiwan Strait. Let's have a quick look at the message.

On New Year's Day of 1979, the Standing Committee of China's National People's Congress (NPC) issued "Message to Compatriots in Taiwan," stating major policies to realize peaceful reunification of the motherland.

The message marks the beginning of a new historical period in the theory and practice of resolving issues relevant to Taiwan, and a new chapter in the development of cross-Strait relations. 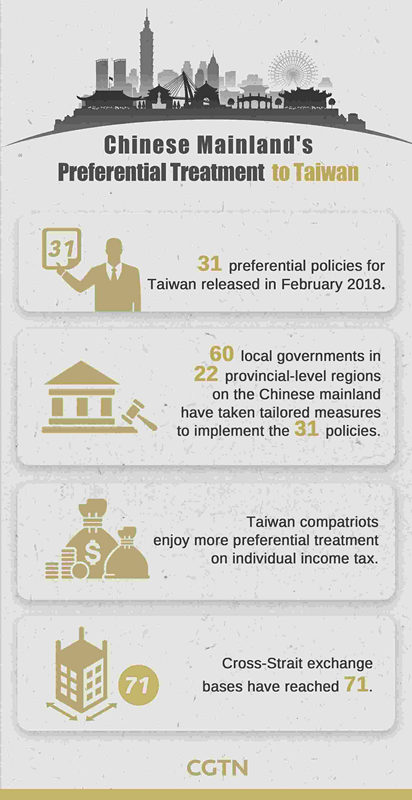 Over the 40 years, many policies and propositions raised in the message have become a reality and more preferential policies for Taiwan compatriots have been carried out recently.

Taking the 31 measures unveiled in February 2018 for example, the measures cover industry, finance and taxation, land use, employment, education and healthcare, and are aimed at sharing the opportunities of the mainland's development with Taiwan compatriots.

According to the Taiwan Affairs Office of the State Council, more than 1,000 Taiwan-funded companies have been offered tax incentives by the mainland, over 100 Taiwan enterprises have received financial support, and around 800 Taiwan residents have passed the mainland's vocational qualification exams over the past year.

Ma Xiaoguang, spokesperson for the office, also noted at a press conference last week that Taiwan compatriots will enjoy further preferential treatment on individual income tax after a new regulation issued by the Chinese mainland takes effect on January 1, 2019. 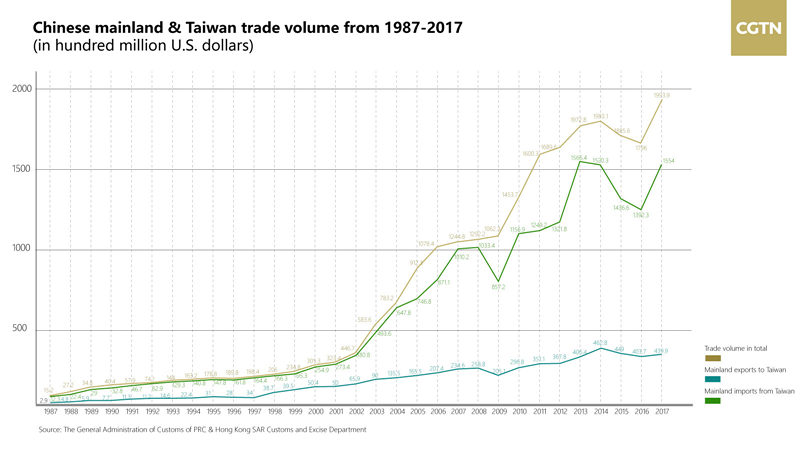