CHINA A ship sank at the Yangtze estuary , 16 people were aboard

A ship sank at the Yangtze estuary , 16 people were aboard 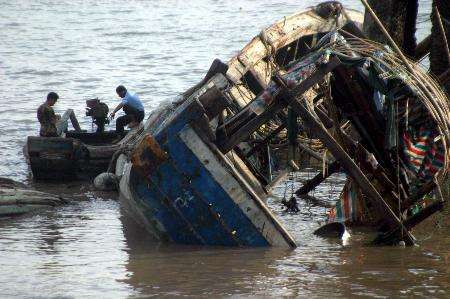 A ship sank at the Yangtze estuary on Sunday night and 16 people were aboard. Seven of them have been rescued and one body was salvaged, according to China Martime Safety Administration on Monday.

The ship sank due to a crash with another ship named OCEANA whose main engine broke down.