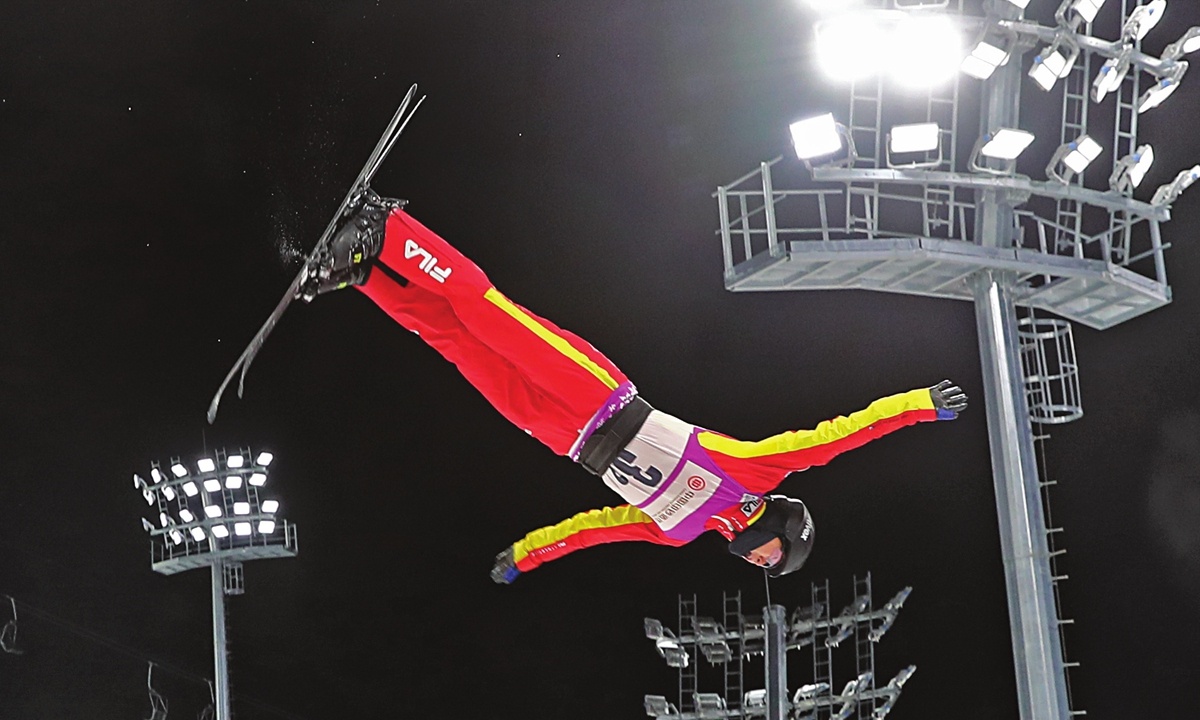 Only less than a year till the 2022 Olympic and Paralympic Winter Games, Beijing and its co-host city of Zhangjiakou are currently holding a testing program for the event to troubleshoot problems and accumulate data and much-needed experience.

Starting from Wednesday, test matches of 17 Winter Olympics and 3 from the Winter Paralympics will be completed within 10 days in Beijing and Zhangjiakou, according to the Beijing government, quoting the administration commission of the Olympic Park of Beijing on Saturday.

In the Snowboarding Halfpipe testing competition held on Friday, Cai Xuetong claimed the championship. The three-time Olympic veteran wrote on her Sina Weibo account that she had finally got "the long-lost competition feeling" back, news website ifeng.com reported.

However, as only Chinese snowboarders participated in the test match, Cai did not perform the most difficult 1080 degree jumps.

Many athletes in China have begun field training in various venues such as the National Snowmobile and Sled Center, Yunding Ski Resort, and the National Ski Jumping Center.

Although the scale of participation in this test event has been reduced, the competition venue, pandemic prevention requirements and operation requirements remain unchanged. It is necessary to test all the venues as much as possible, according to the administrative commission of the Beijing Olympic Park report.

The testing for Beijing 2022 Olympic Winter Games is not only inside the venues.

Beijing's Yanqing district - one of the three competition zones for the Winter Olympics, held large-scale exercises last week to ensure safe and smooth transportation during the Games, according to the Xinhua News Agency.

As of January 2021, 49 of the 57 Beijing Winter Olympic venues and supporting infrastructure projects have been completed.

Eight non-competition venues including one designated for the opening and closing ceremonies, and the Main Media Center will be fully completed in 2021.

The testing program was scheduled to be held in November 2020 but was postponed due to the COVID-19 pandemic. 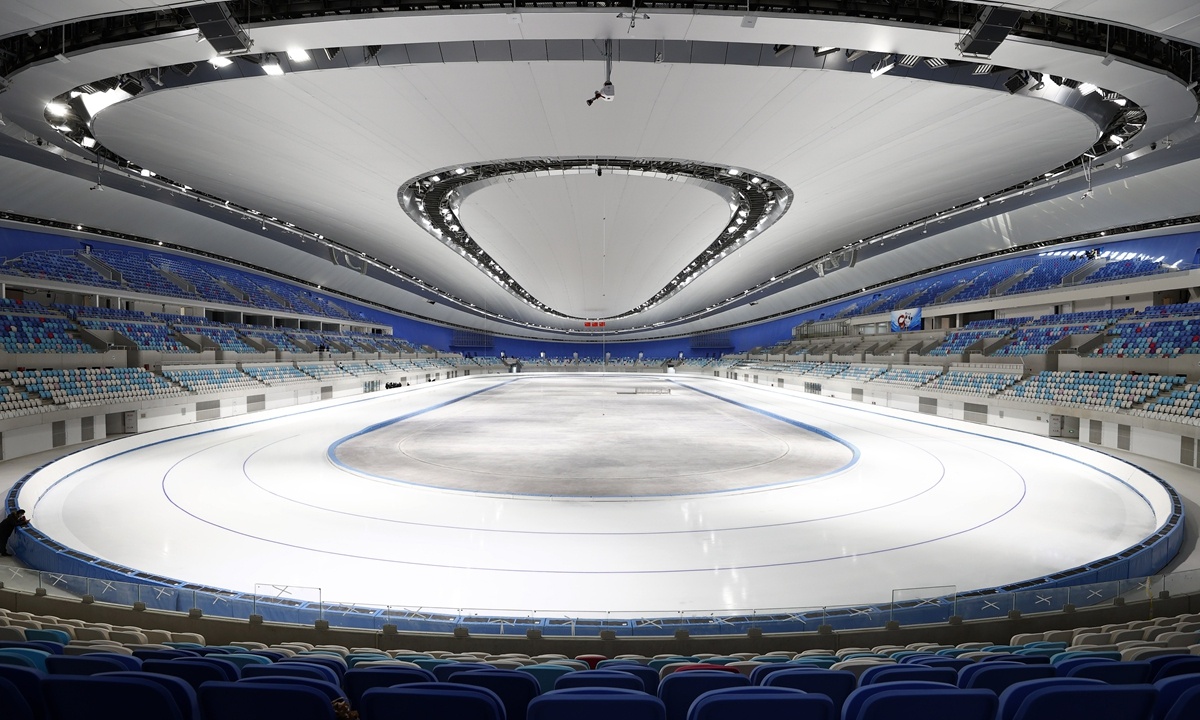 The National Speed Skating Oval in Beijing is ready for its testing matches. 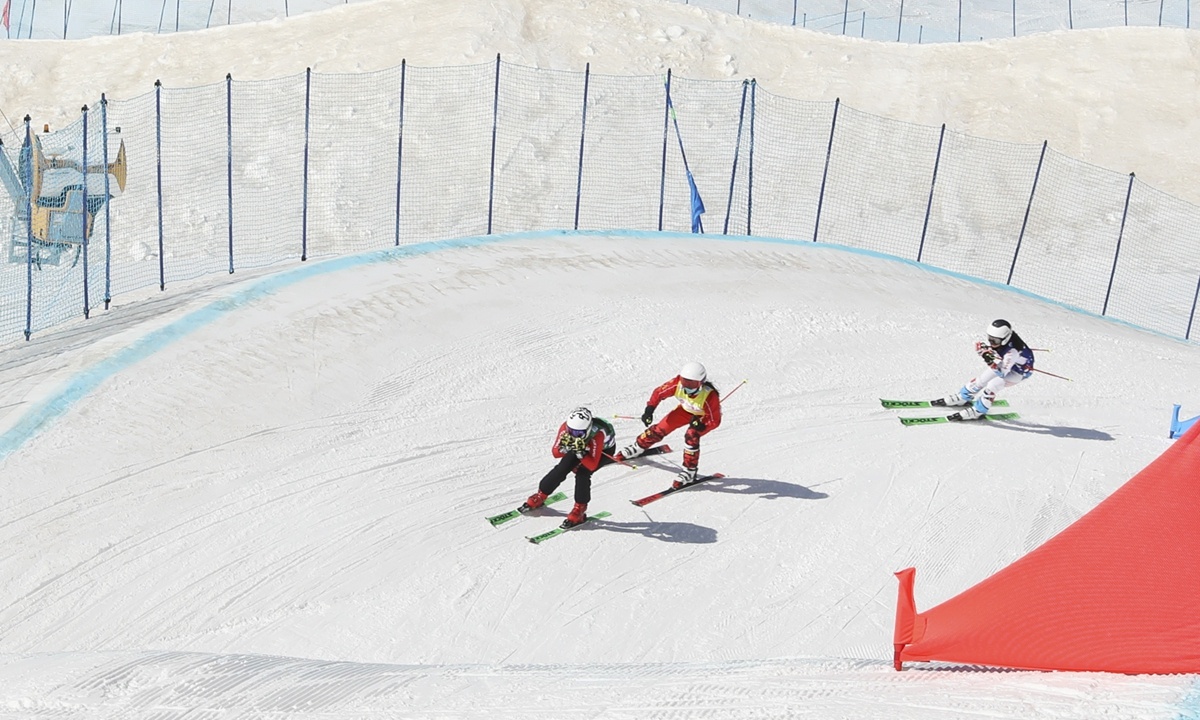 Above: Atheletes race in the Freestyle Ski Cross testing match in Zhangjiakou on Saturday. (Photo: IC) 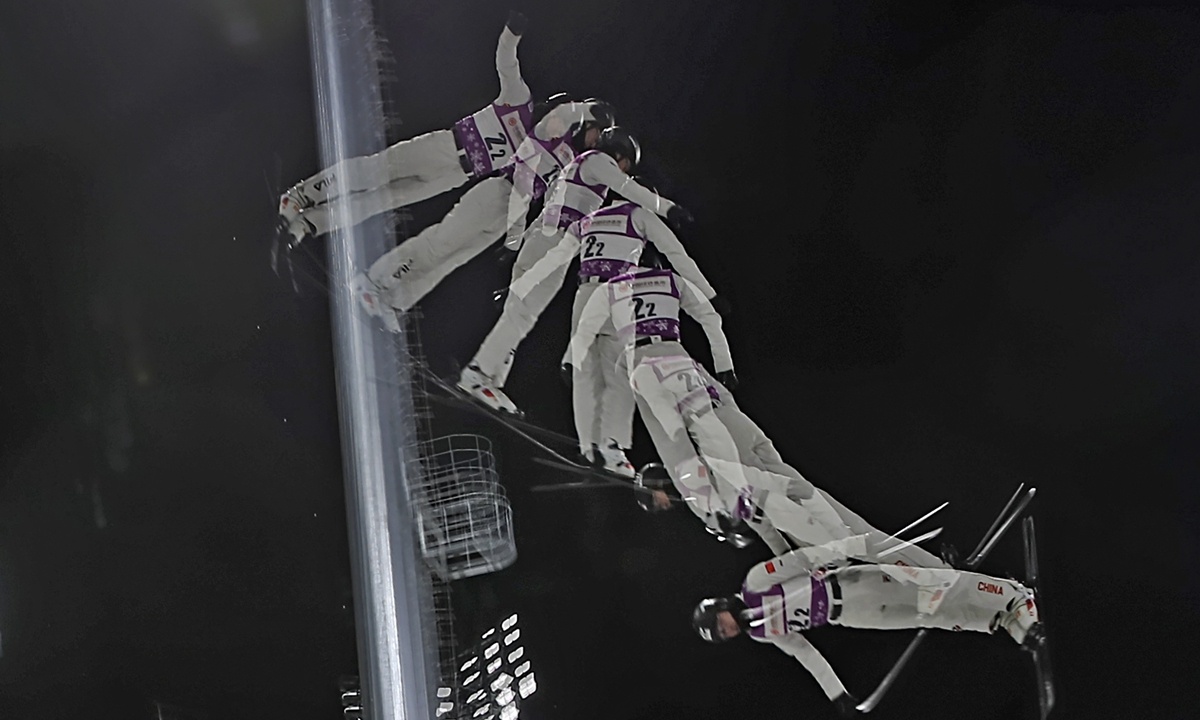