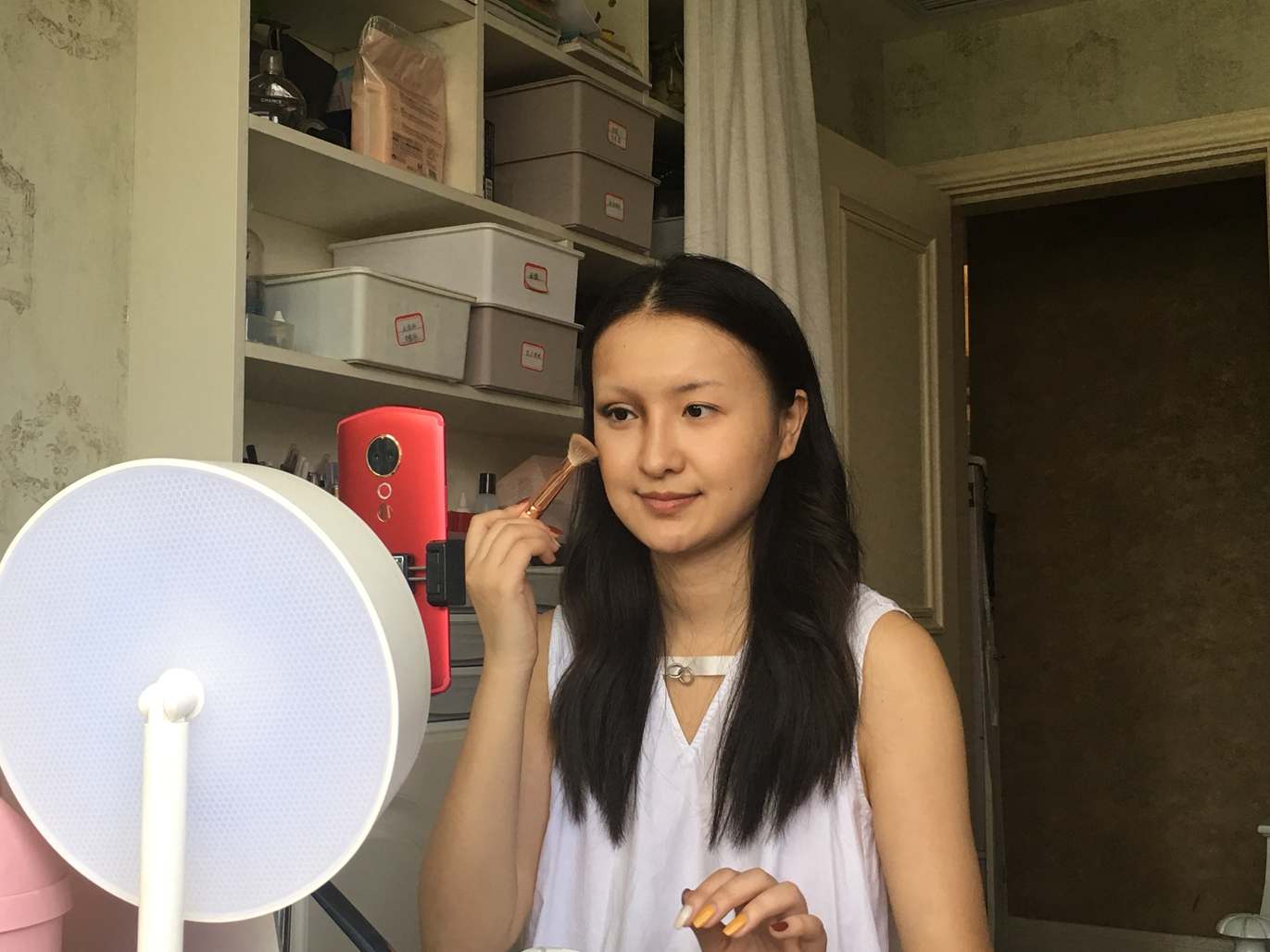 He Yuhong does her makeup. She attempts to copy Mona Lisa, subject of Leonardo Da Vinci’s masterpiece. ( Photo: CGTN)

Leonardo da Vinci’s famous Mona Lisa painting can be found in print, online, and of course at the Louvre museum in Europe. But have you ever imagined you could see that woman in real life?

You’ll get that chance in the southwestern Chinese city of Chongqing, where 27-year-old makeup artist He Yuhong shot to fame overnight months ago when she transformed herself into the subject of the world-famous painting using stunning makeup skills.

Having worked for a local makeup training school, He later started her own studio to provide cosmetic services. She posted a lot of videos on the Internet, but never got that many hits.

“Those videos attracted only a few viewers. I just tried to copy celebrities starting this year and didn’t expect such a strong reaction,” He told CGTN.

She said she felt afraid when she woke to find that her Mona Lisa video received tens of thousands of views and comments after she uploaded it to Douyin, one of the most popular video-sharing websites in China, and the Twitter-like Weibo.

“I was worried that maybe my imitation made some people uncomfortable. After all, the Mona Lisa is a great work.”

Suspecting that there was something wrong with her accounts, she logged out and tried again. After seeing the big numbers hadn't changed, she realized that her videos had indeed created a buzz online.

But what truly relieved the beauty blogger is that the overwhelming majority of the feedback has been positive.

Amazed Internet users have flocked to her accounts on different social media platforms, encouraging the shape-shifting master to take on a variety of roles, including athletes, movies stars and characters from costume dramas.

She said the process of copying others is a sophisticated one.

“I can finish normal makeup within 30 minutes, but this usually takes me six hours or even longer,” she said, stressing that the key is that she has to make the facial features of the subjects incredibly clear before she gets going.

“It’s just like drawing a painting on a white paper,” she added.

Over the past months, she has transformed herself into Marilyn Monroe, Audrey Hepburn, Teresa Teng and even football star Cristiano Ronaldo.

Her magic shows are still going on, and the number of her followers on different platforms, including YouTube and Instagram, keeps growing.

In fact, He is just one of a growing number of online celebrities - known in the country as wanghong - in China. She says social networking platforms tremendously help people showcase their special skill sets.

Thanks to her immense popularity, she has started to work with several famous makeup brands. “I’m so lucky that I can turn my hobby into a profession. It feels like I’ve hit the jackpot,” she said.

With social networking apps booming in China, especially the video-sharing and live-streaming ones, authorities have stepped up supervision to target and eliminate vulgar content.

He says looking ahead, she will try to make higher-quality transformation videos, and provide even more makeup suggestions to her followers through online channels