CHINA A touching father and son scene at a commencement

A touching father and son scene at a commencement 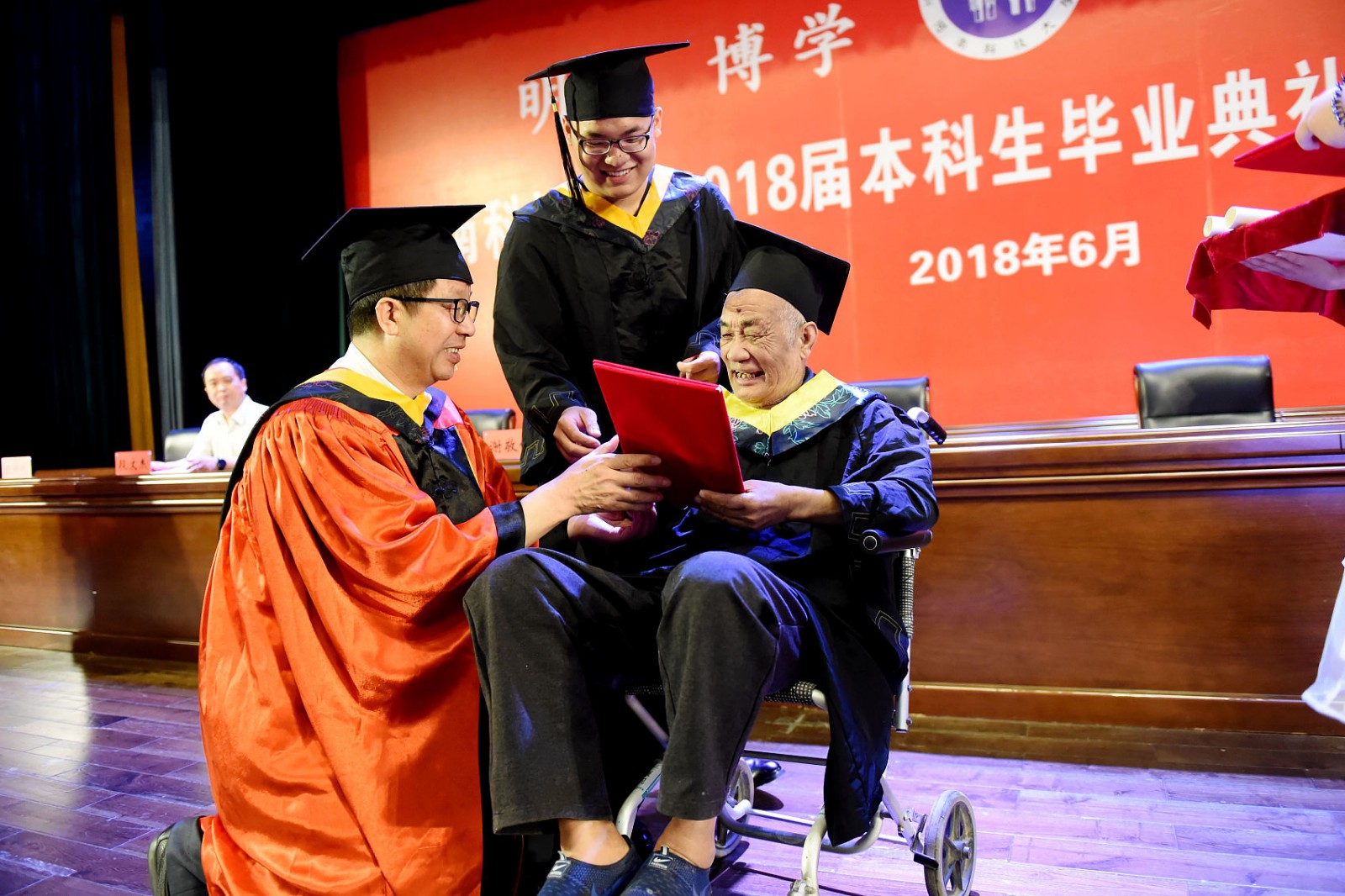 Zhao Delong(M), a college student, finished his studies while taking care of his paralyzed father(R) over the past 3 years. He attended commencement with his father on June 15. He got his bachelor's degree and diploma at the ceremony, and his father got the reward of seeing his son get a good education at the Henan University of Science and Technology. (Photos: VCG) 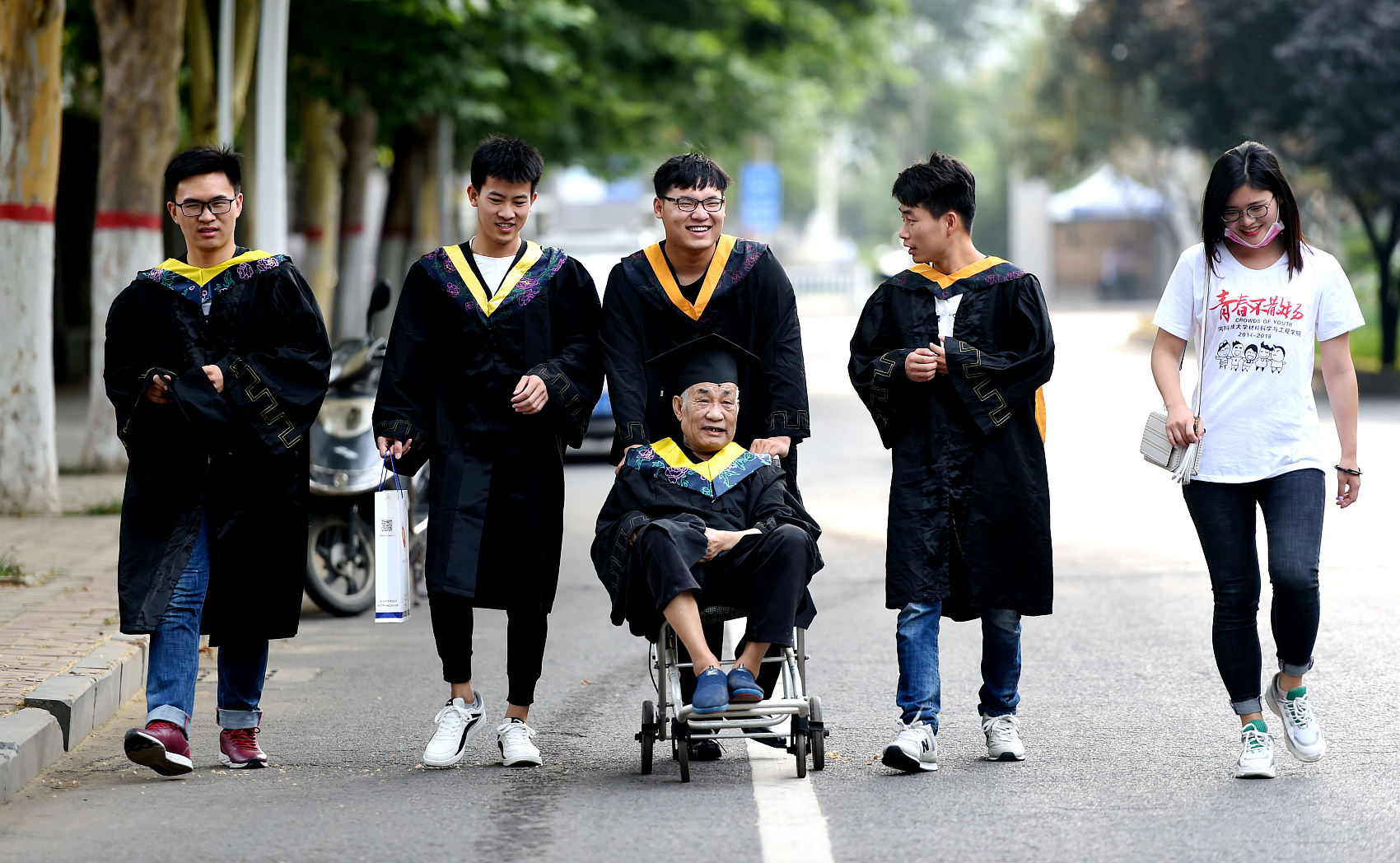 Zhao's father suffered a stroke one year after Zhao entered the university, and Zhao rented a apartment to take care of his father. The university offered him a room in the dormitory after finding out about his situation. 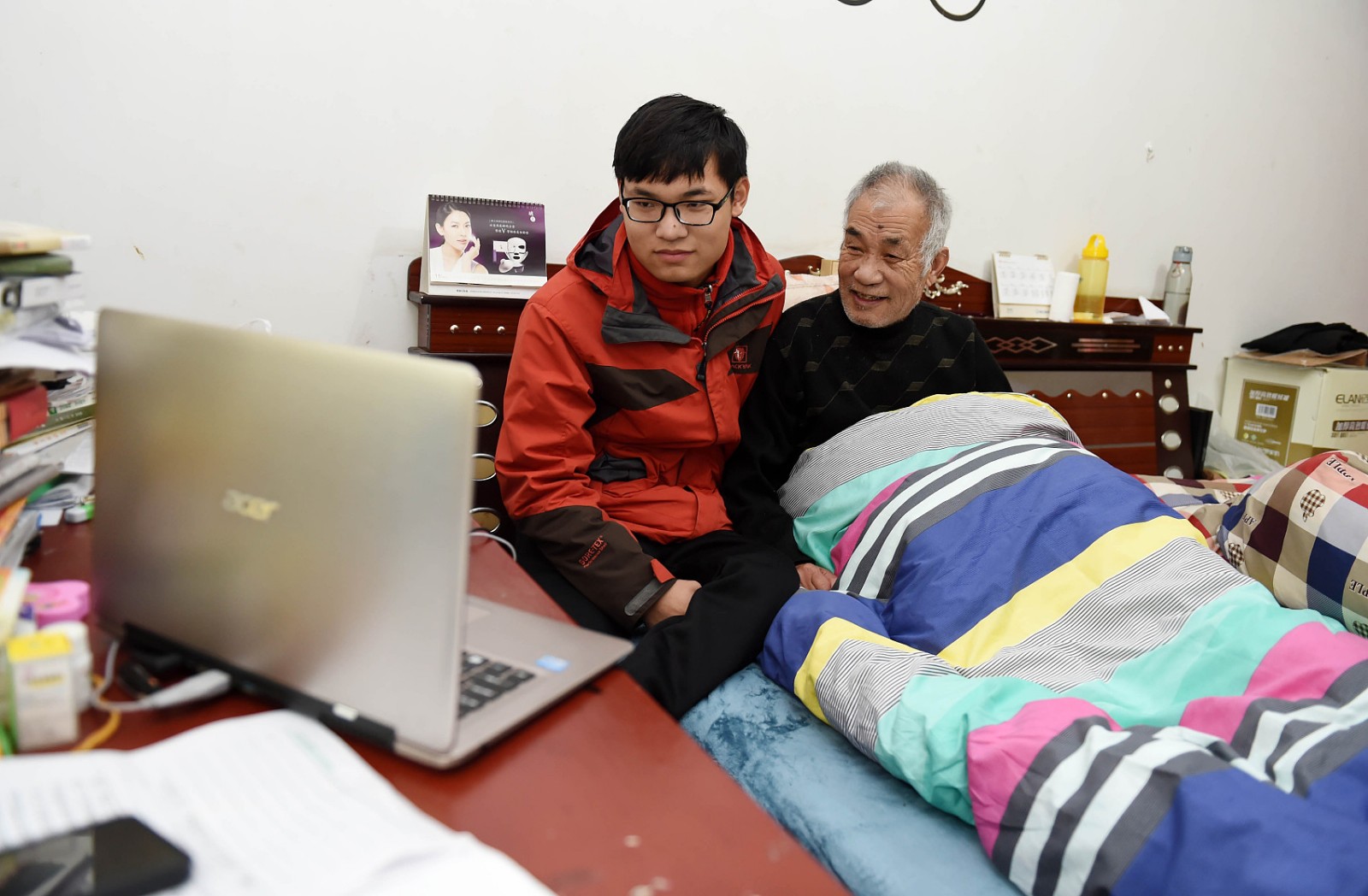 In this photo taken in November 2015, Zhao watches TV with his father in the dormitory. 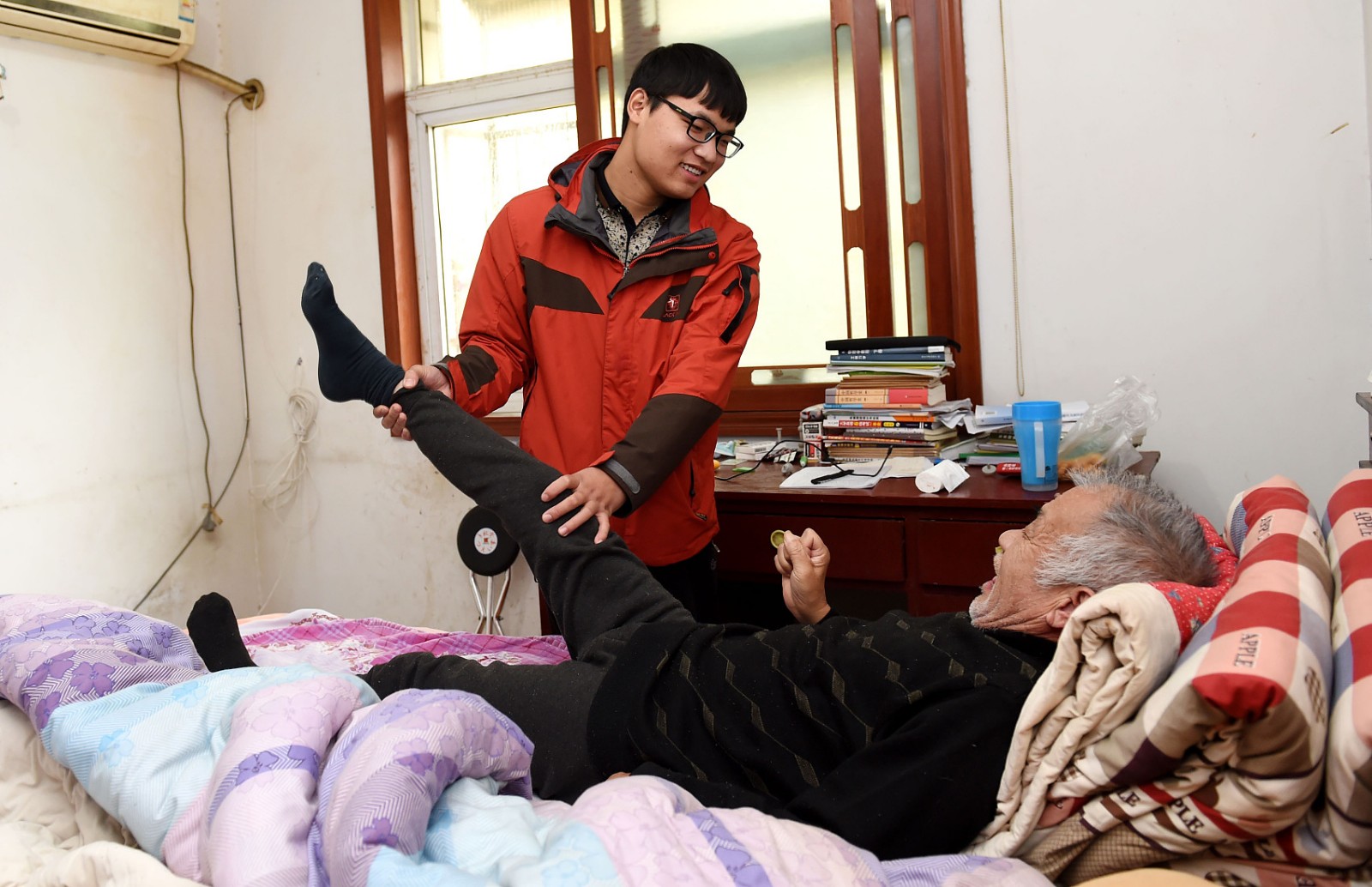 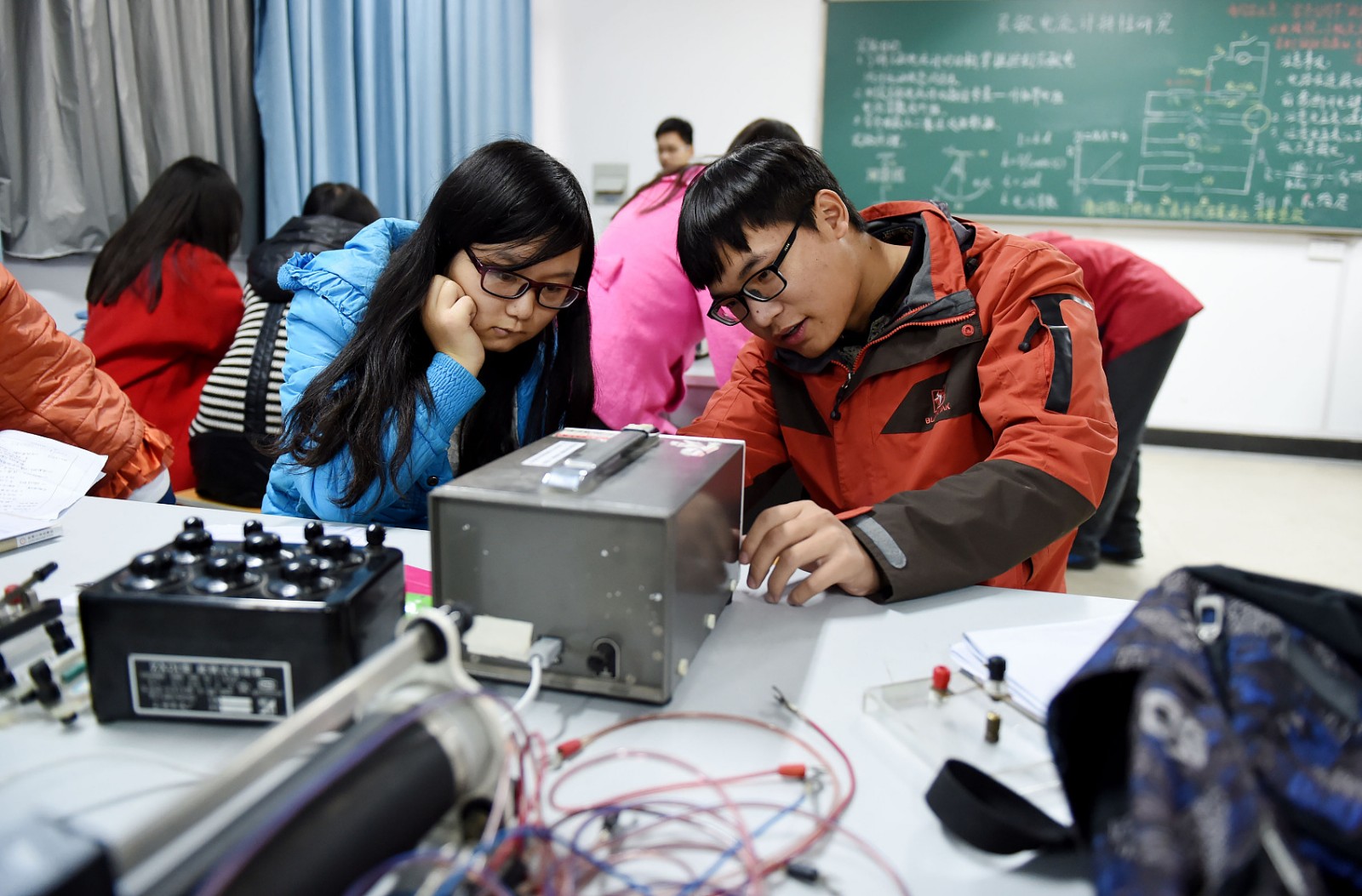 The heavy burden of life didn't hurt Zhao's grades. He won several national and provincial level awards at the college. Now he has a job at a company in Jiangsu Province. 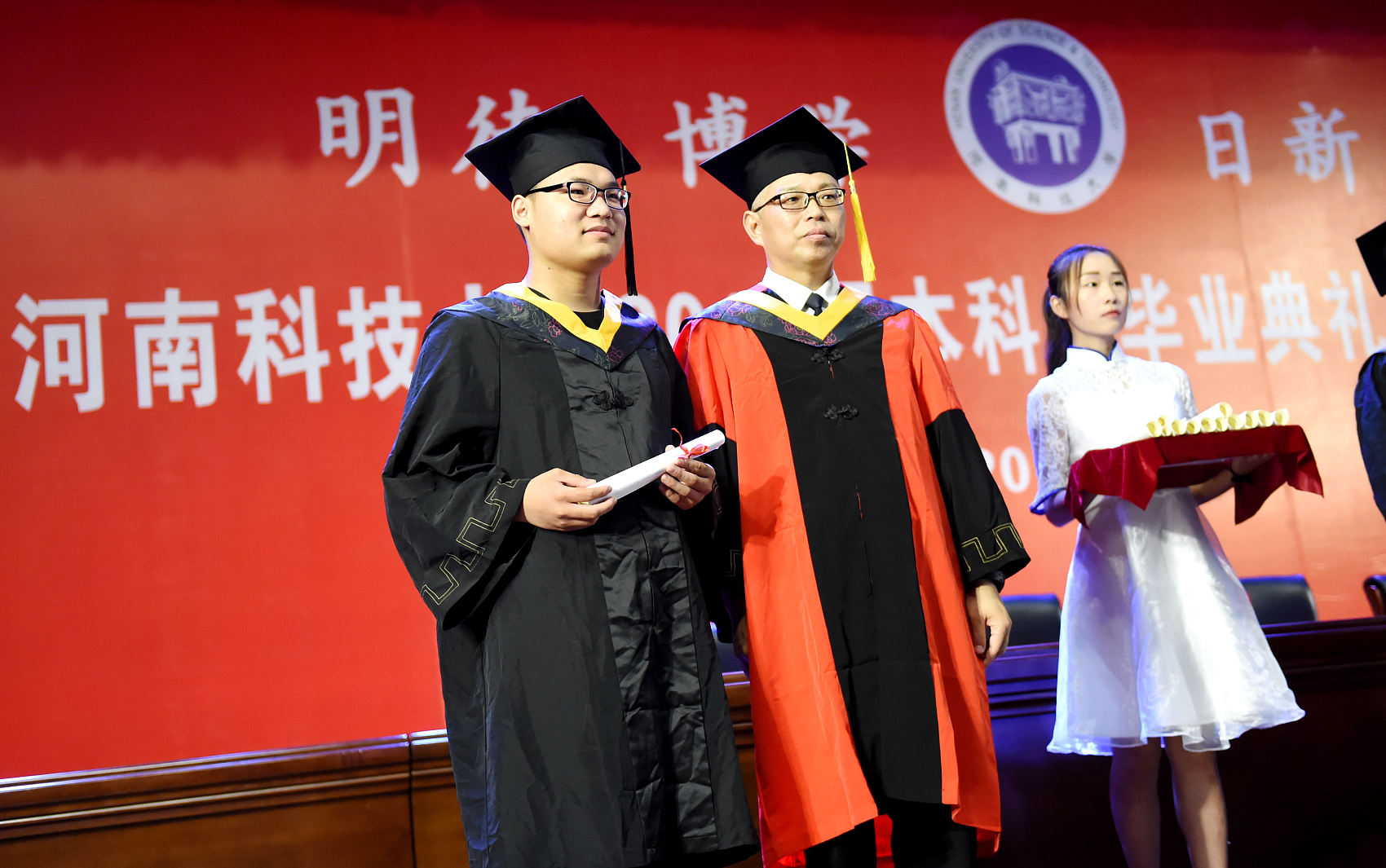 Zhao said that he will continue to take care of his father while he works. 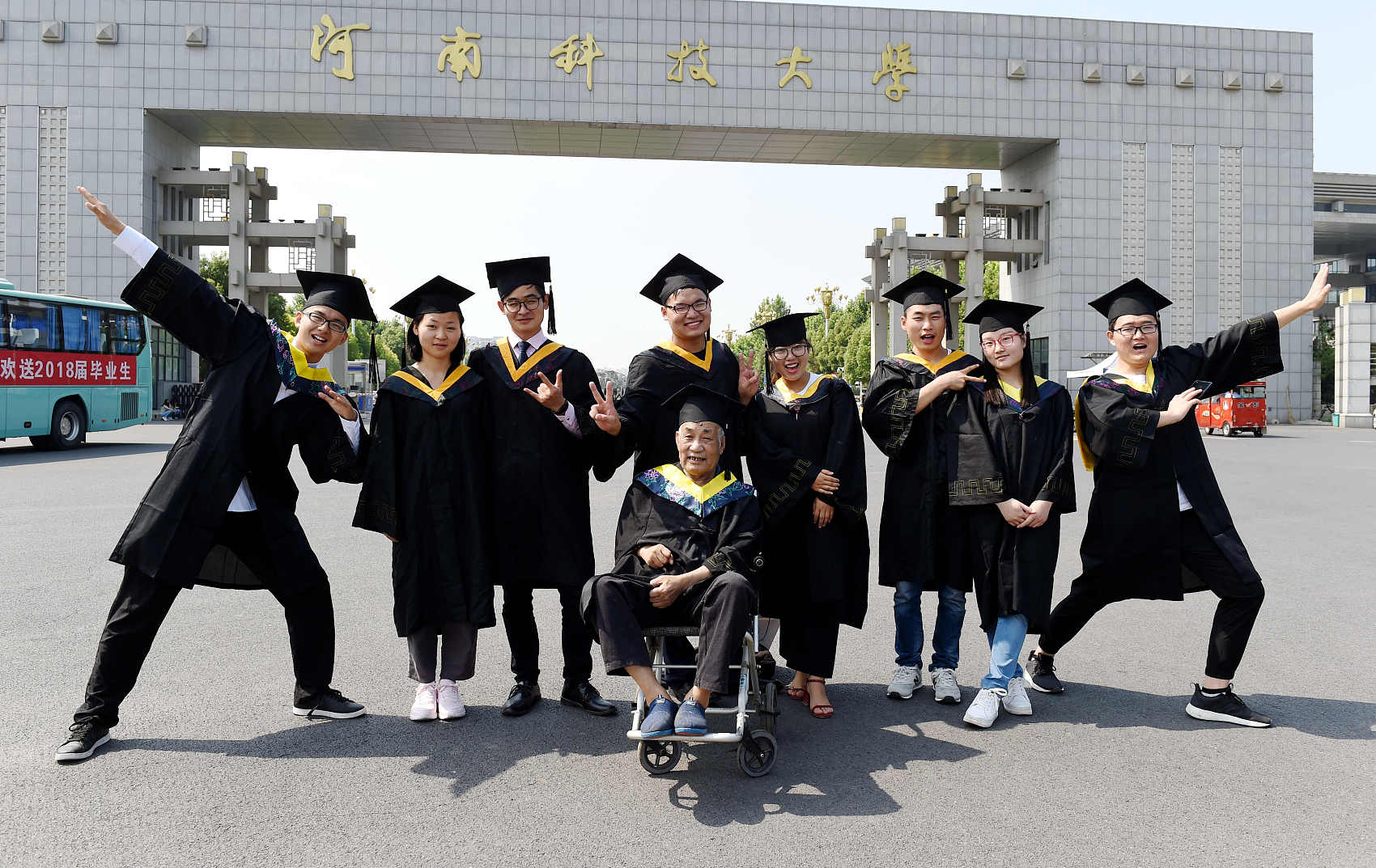 Zhao took a picture with his classmates and his father at the university gate. (Compiled by Wang Yi)