CHINA A train that came from history's station

A train that came from history's station 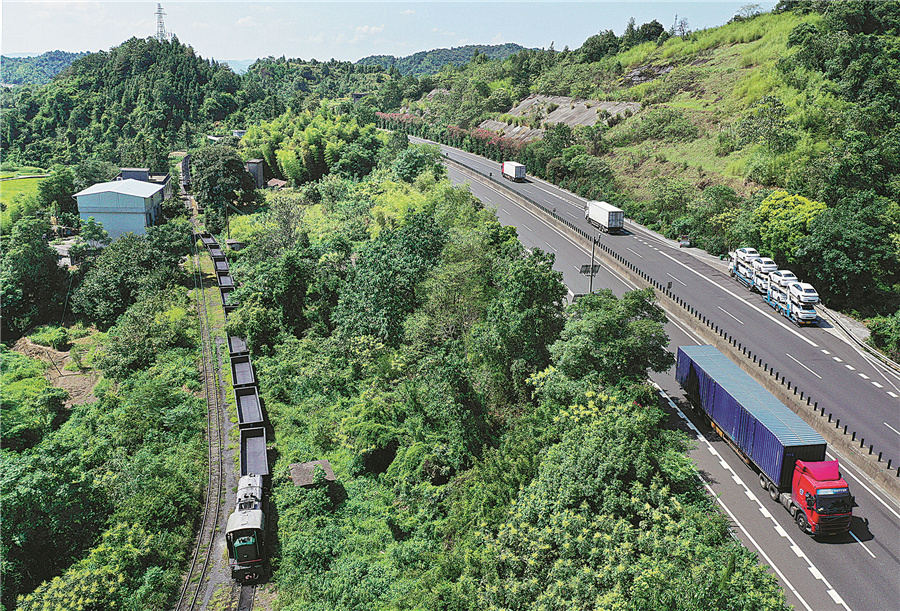 A train begins to pull out of the Jiangjia station in Matian township. On the Beijing-Hong Kong-Macao Expressway next to it, fully loaded trucks roar past. (Photos: China Daily) 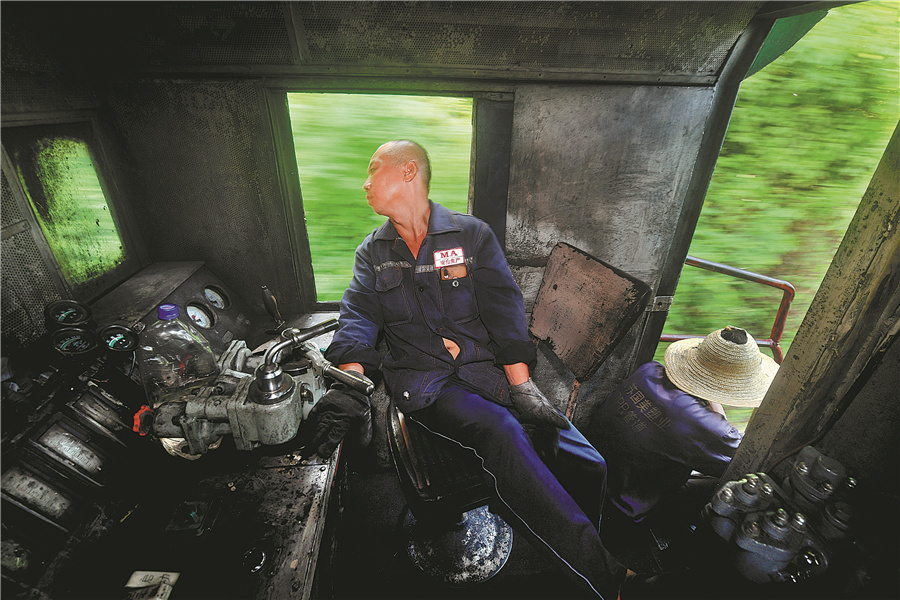 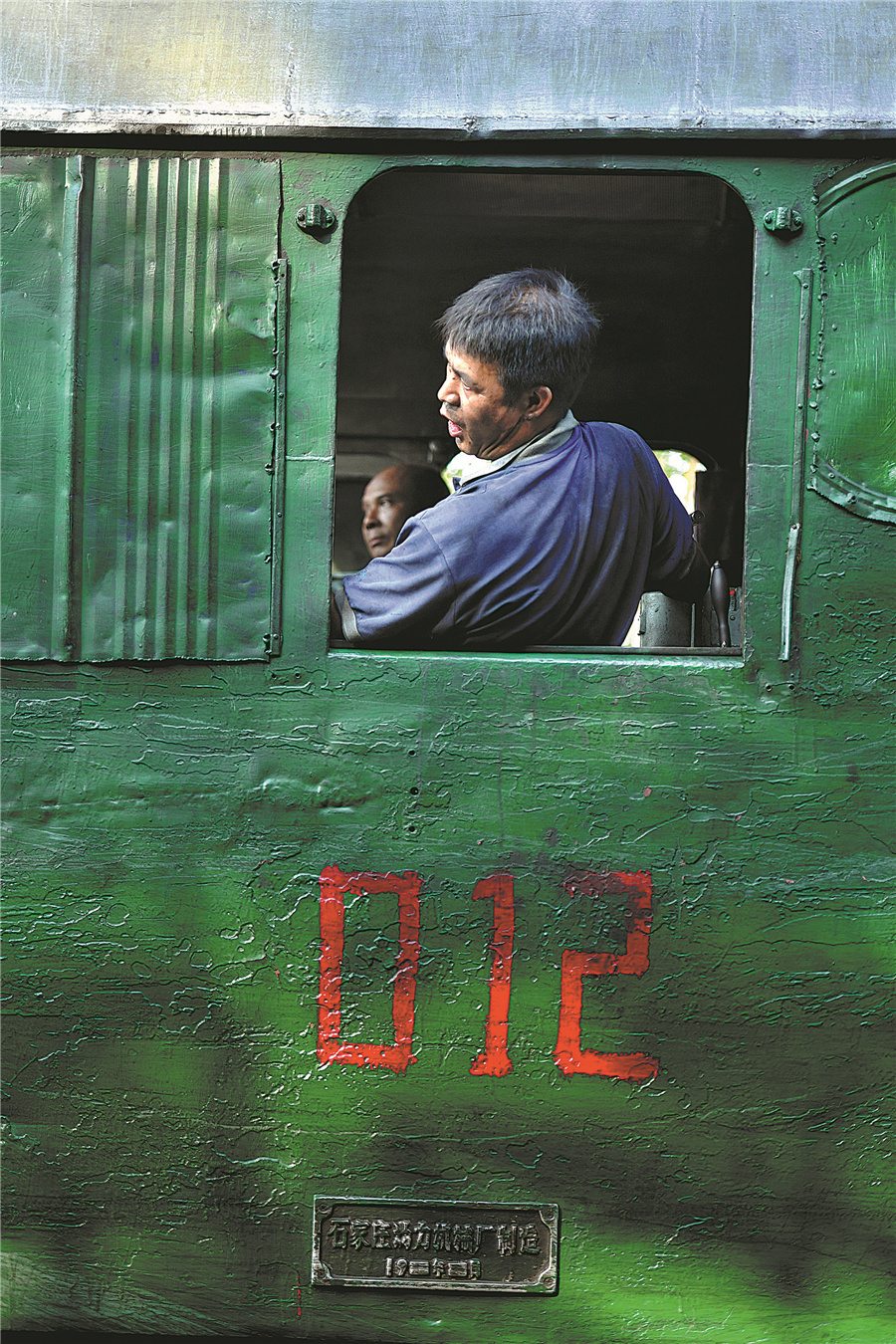 Veteran driver Huang Chengde has been driving trains for 34 years. He was reemployed after retirement last year out of his rich experience. 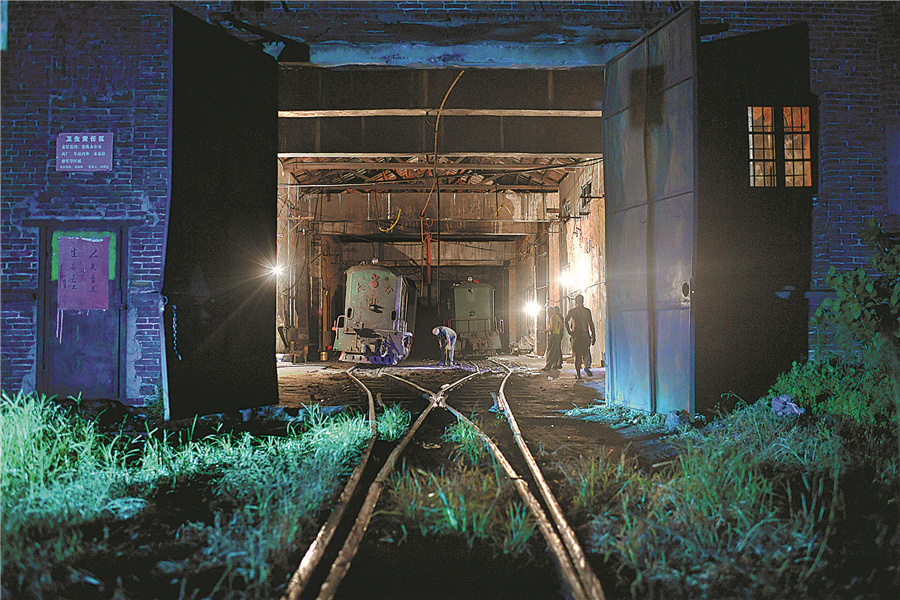 After transporting all the coal, a driver parks the locomotive in the garage. 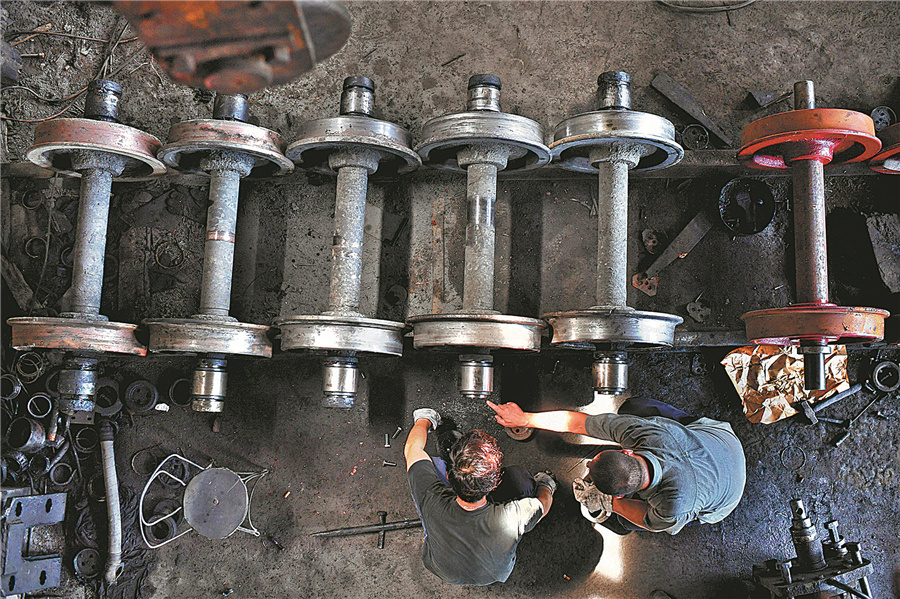 The mechanics repair the axles. 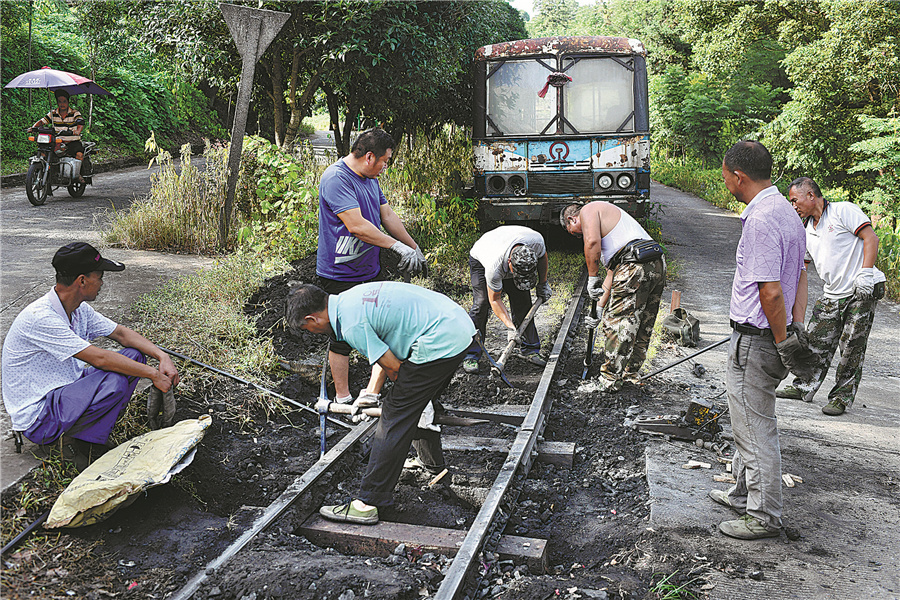 The narrow-gauge railway is shut down for maintenance, and maintenance personnel replace the sleepers for the railway to ensure safe driving. 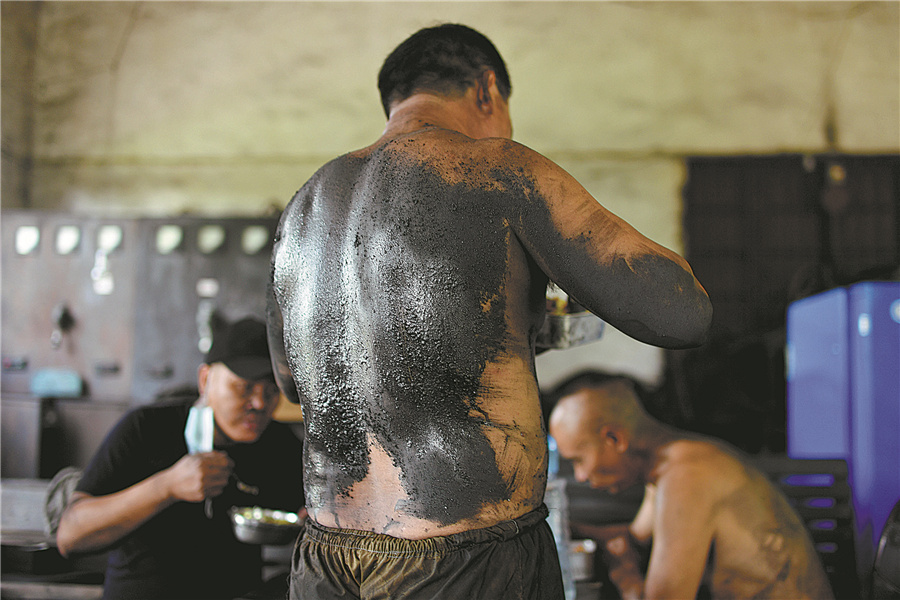 The stevedores are covered with soot and sweat. 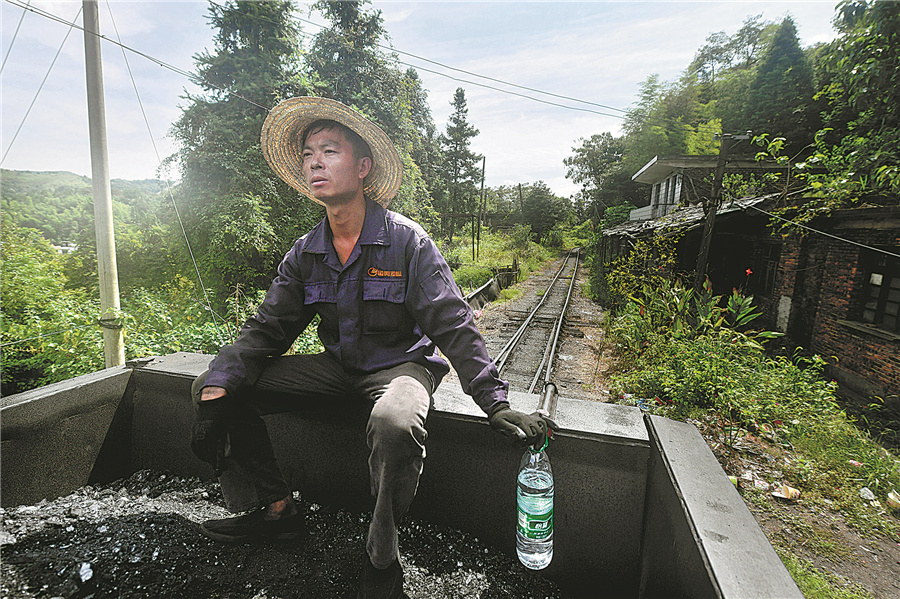 Captain Li Yongfeng sits in the last car and looks around, so that he could hit the stop button at any time whenever emergencies occur. Whether it is windy or rainy, a captain must stick to his post.

The train passes through a golden rice field.