A UK chambers' removal of a legal opinion defaming Xinjiang shows China's counter-sanctions are an effective deterrent against rumors: experts 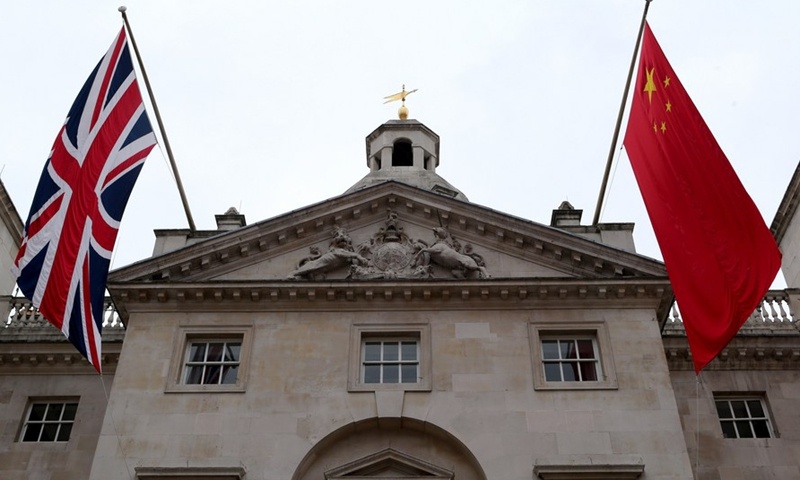 Essex Court Chambers removed a legal opinion reference by some of its lawyers implicating the Chinese government in the alleged genocide in Northwest China’s Xinjiang Uygur Autonomous Region. The move came soon after China hit back to sanction nine UK individuals and four entities on Friday, showing that China’s retaliation is an effective deterrent to foreign individuals and entities which want to maintain access to the Chinese market, according to analysts.

Essex Court Chambers removed a reference to the legal opinion from its website after it was included in the sanctions list on Friday by the Chinese Foreign Ministry, the Financial Times (FT) reported.

The FT report said that the legal opinion provided by four of the Essex Court Chambers’ barristers had said that there was a “credible case that acts carried out by the Chinese government against the Uyghur population in.. Xinjiang... amount to crimes against humanity and the crime of genocide”.

Hua Chunying, spokesperson for Chinese Foreign Ministry, said at a press conference on Friday that China decided to sanction nine individuals and four entities from the UK that maliciously spread lies and disinformation over Xinjiang.

Cui Hongjian, Director of the Department of European Studies of the China Institute of International Studies, told the Global Times that the removal of the reference to the legal opinion from the four barristers and the immediate statement by the Essex Court Chambers showed that Beijing’s sanctions are effective and can serve as deterrent for rumormongers.

Cui said that after the sanctions, the chambers’ reputation will be badly affected and its credibility among Chinese community will be weakened. Thus, its legal business in China or with the Chinese community worldwide could be difficult, Cui noted.

Li Haidong, professor at the Institute of International Relations of the China Foreign Affairs University, pointed out that the removal of the legal opinion exposed that the individuals and entities under the sanctions are merely pawns who blindly followed the anti-China forces led by the US to defame China. This actions eventually affected their own interests.

Li told the Global Times on Monday that only the removal of the reference from Essex Court Chambers’ website is far from enough as the legal opinion has attracted media coverage and disseminated rumors that have an adverse impact on China’s Xinjiang.

The Essex Court Chambers should apologize over the fake accusations over Xinjiang, otherwise it cannot win back Chinese market, Li noted.

The UK chambers have not responded to the request from Global Times for comments.