CHINA Abandoned boy's 406 days of life with 'angels in white'

Abandoned boy's 406 days of life with 'angels in white'

Duoduo, a poor yet lucky boy, died after being surrounded with love and care for 406 days. 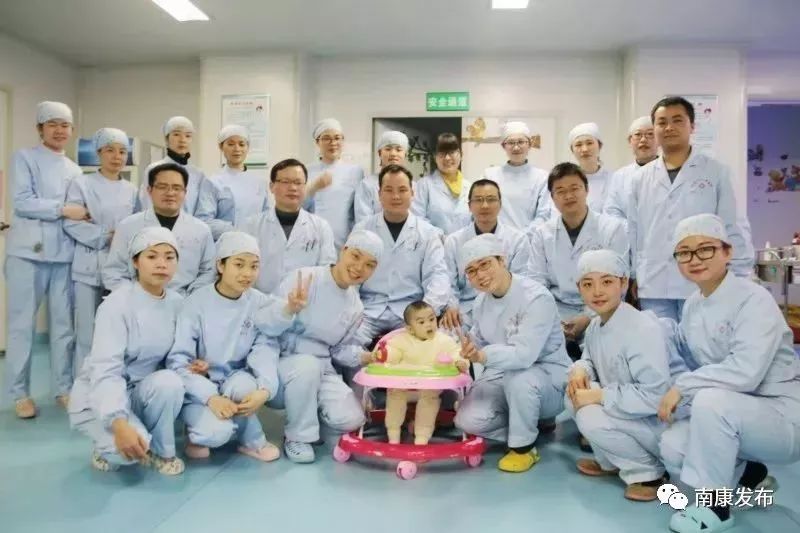 A group picture of Duoduo and medical workers in the hospital in Ganzhou, East China's Jiangxi Province. (Photos: WeChat)

Abandoned by his parents soon after he was born, Duoduo was brought to a hospital in Nankang District in Ganzhou, East China's Jiangxi Province, by a police officer on April 7, 2016. 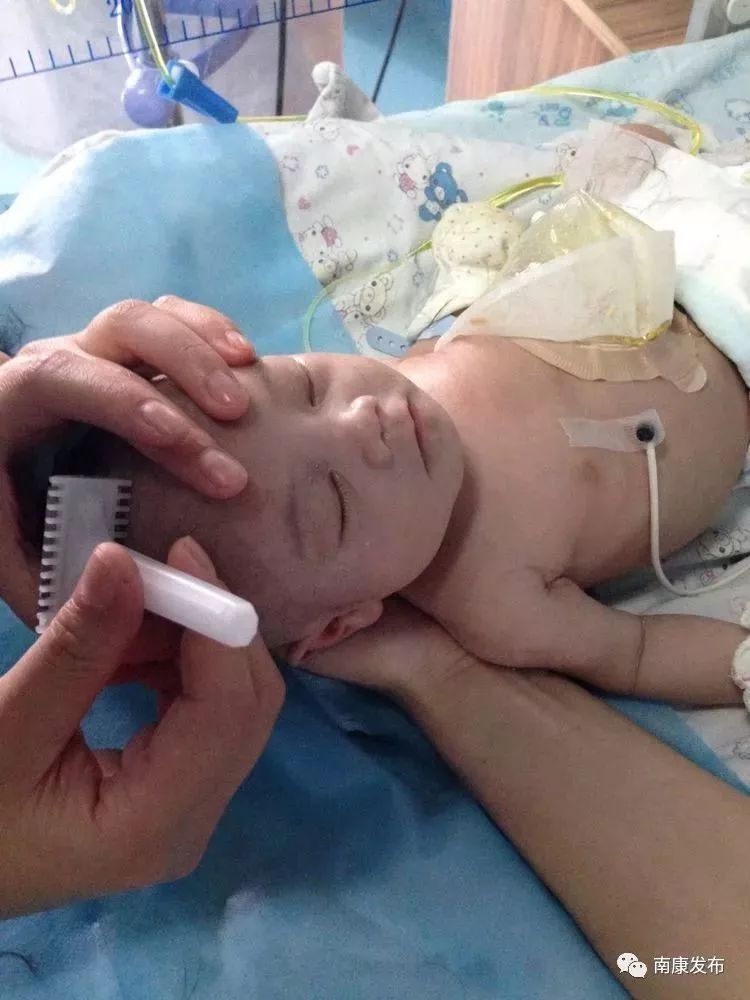 After a complete physical check, Duoduo was confirmed as a boy with a variety of diseases: congenital heart disease, severe anemia, kidney stones and not having an anus. 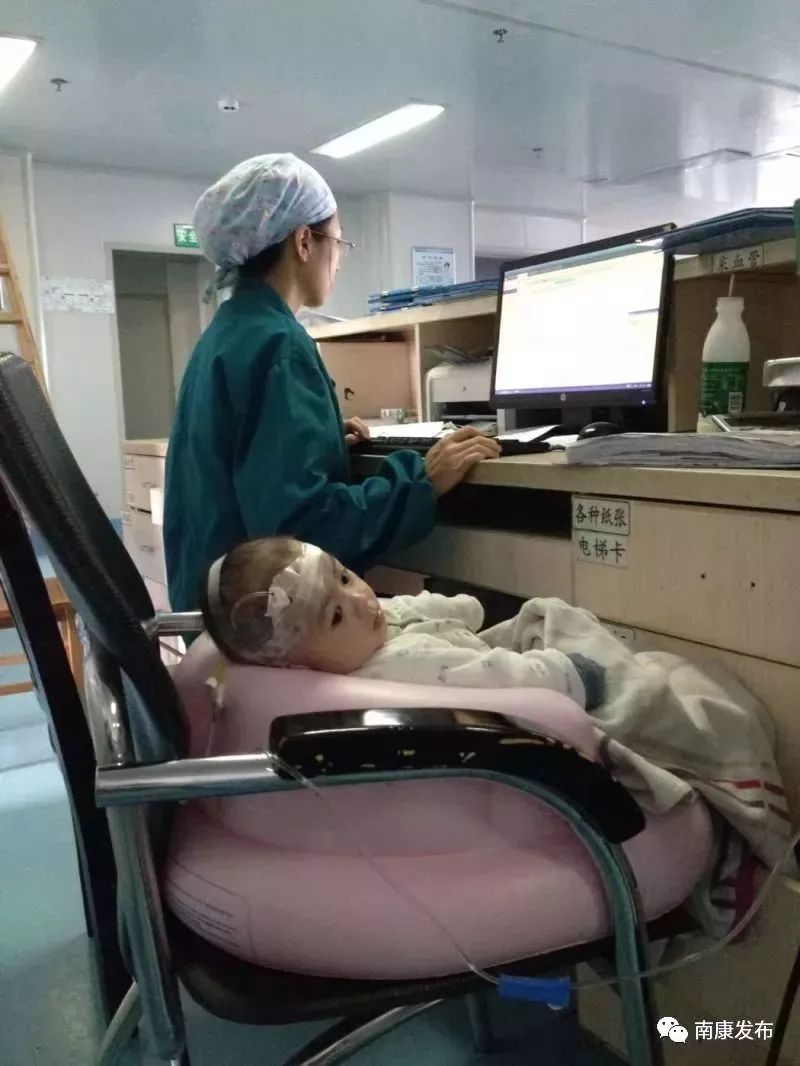 A medical worker is too busy to take care of Duoduo, so she keeps him beside her at work.

Given that the baby was seriously ill and without parents' love, the head nurse asked the other nurses to take turns in taking care of him, and bought milk, diapers and other necessities at their own expense to give him meticulous care.

Zeng Yuping, director of the hospital, paid great attention to Duoduo and repeatedly pointed out they should make every effort to save the baby's life. 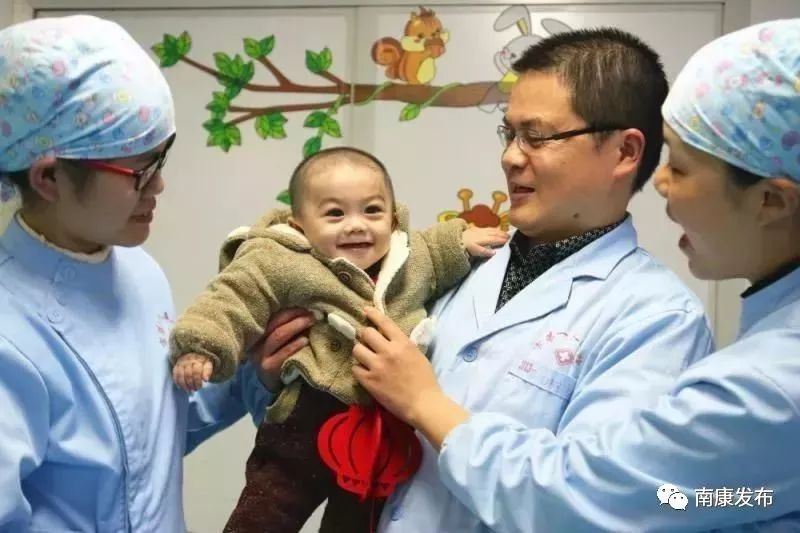 With the meticulous care of the "fathers and mothers" in the hospital, Duoduo gets better physically and mentally.

After a year of treatment and care, the boy's health improved greatly and all indicators tended to be normal. His weight had even increased from 2.07 kilograms to 5.51 kilograms. 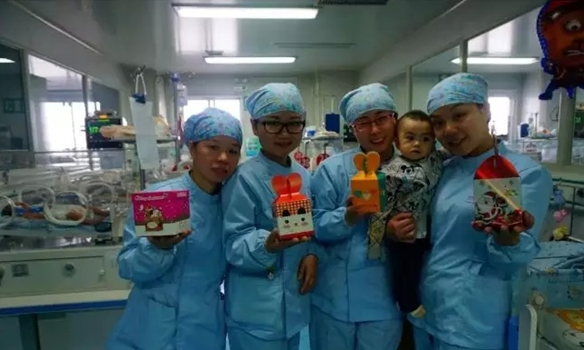 The loving doctors and nurses in the hospital buy a lot of gifts and food for Duoduo.

During the time, all the expenses were borne by the hospital personnel. Medical workers in other departments of the hospital also lent a hand to the baby, and Liu Qiuying, the head nurse, and other young nurses even brought him home to let him feel the warmth of family. 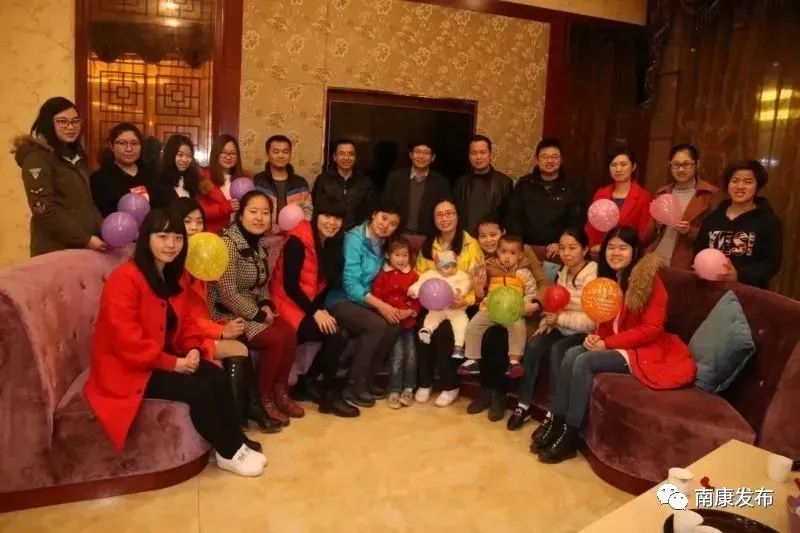 The hospital staff celebrates Duoduo's birthday, the only birthday he enjoyed during his lifetime.

Due to uncontrollable pneumonia and an unsuccessful operation related to his heart disease, Duoduo still passed away on April 18.

When the news came, a dozen nurses who had spent so much time with the boy broke out in tears.

The medical workers supported this young life with their love. "I hope all doctors and nurses can be caring and loving like them," an internet user said on the Chinese social media platform Sina Weibo.