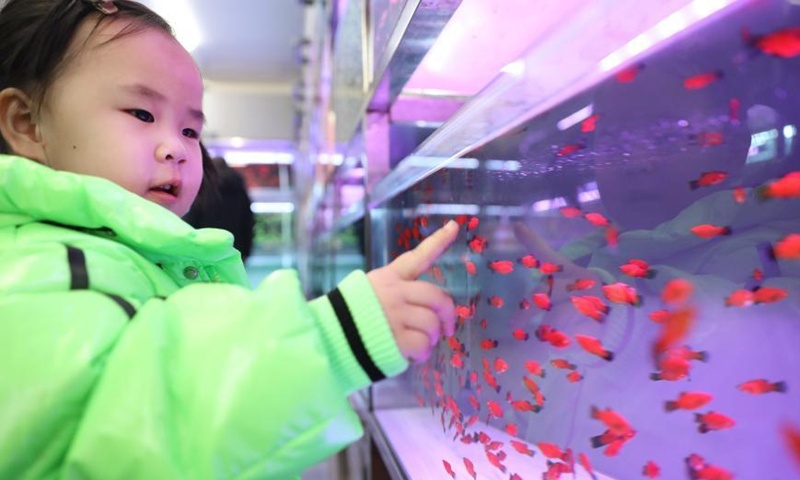 The National Health Commission (NHC) on Saturday sought to clarify a proposal to fully lift the family planning policy in Northeast China, saying it had not intended to create speculation about pilot programs of the proposal in parts of the region.

Experts reached by the Global Times said that the outflow of young people caused by various socioeconomic factors was more important, and they agreed with the NHC that the policy alone can't solve the region's population decline.

The proposal to abolish the family planning policy in Heilongjiang, Liaoning and Jilin provinces was made by a deputy to the National People's Congress (NPC) earlier.

On Thursday, the NHC replied to the proposal, suggesting that the idea is of great reference value. It said that the northeastern regions can conduct pilot programs once the social risks of such a possible adjustment are assessed.

However, the NHC on Saturday issued a clarification, saying that it had not intended to create speculation about pilot programs in the region or the possible abolition of family planning nationwide.

"Detailed examinations and researches of the proposal are still required, since the problem of population decline in the region is caused by multiple factors that cannot be solved only through relaxing the policy," the statement read.

"For young people, there is no hope in Northeast China," an IT engineer surnamed Wang, who left Heilongjiang to settle in Shanghai five years ago, told the Global Times on Sunday.

Socioeconomic development lags behind, and none of the three provinces has developed a lead in high-tech industries - a magnet for the youths nowadays, the 30-year-old Wang said.

The educational resources cannot match those of other regions, and grassroots bureaucracy in the northeast is more severe, making life worse, especially for younger generations, Wang added.

"When the one-child policy was introduced, it was implemented quite thoroughly there," Wang said. "Frankly speaking, the Northeast has entered a low-desire society, with many people choosing to go 'DINK'." Short-term policy changes won't address that.

"The decline in the fertility rate is like a rock rolling down a mountain, which is inevitable. Family planning has accelerated the process, and now it will be very hard to change things," Yi Fuxian, author of the book Big Country with an Empty Nest, was quoted as saying in a People's Daily report.

Compared with a low fertility rate, the population outflow is a much deeper problem in northeastern China, Song Jian, a demographics professor at the Renmin University of China, told the Global Times on Sunday.

The proposal to ease restrictions on child-bearing does not address the real problem, Song said. "Even with the two-child policy adopted nationwide, data suggests that northeastern residents barely have one child for each family."

The latest data from the National Bureau of Statistics shows that the three provinces in Northeast China are at the bottom of the nation's fertility ranking, with less than 0.7 percent in 2019, far below the national average of 1 percent. The average age of working persons in the three provinces was the highest of all, with Heilongjiang topping the chart at 40.19 years old.