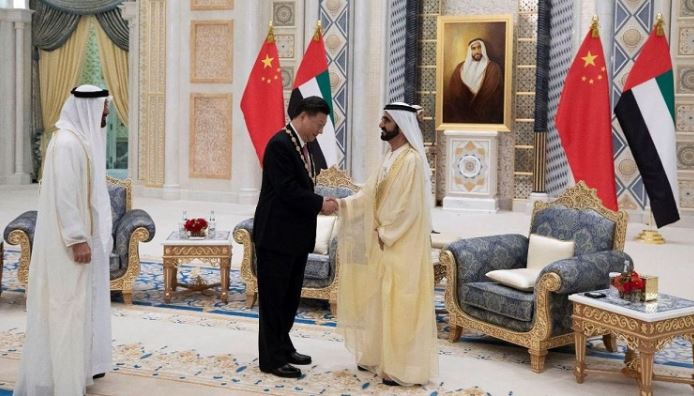 Chinese President Xi Jinping was on Friday bestowed with the Order of Zayed by the United Arab Emirates’ Crown Prince and Deputy Supreme Commander of the armed Forces Shaikh Mohammad Bin Zayed.

The award is the highest civil decoration in the UAE, and has previously only been bestowed upon 13 people, including Saudi Arabia’s King Salman, Britain’s Queen Elizabeth II and King Mohammed VI of Morocco.

President Xi arrived in Abu Dhabi on Thursday for a state visit to the Arab nation, the first by a Chinese Head of State in 29 years.

His visit has been hailed by Bin Zayed as being historic.

Talks were held between the visiting Chinese delegation and UAE officials, with major agreements made in energy, finance, agriculture and e-commerce.

After completing the UAE visit, the Chinese leader will embark on a four-nation visit of Africa, where he will visit Senegal, Rwanda, South Africa (where he will attend the 2018 BRICS Summit in Johannesburg) and Mauritius.

The BRICS Summit is scheduled to take place between July 26 and 27.