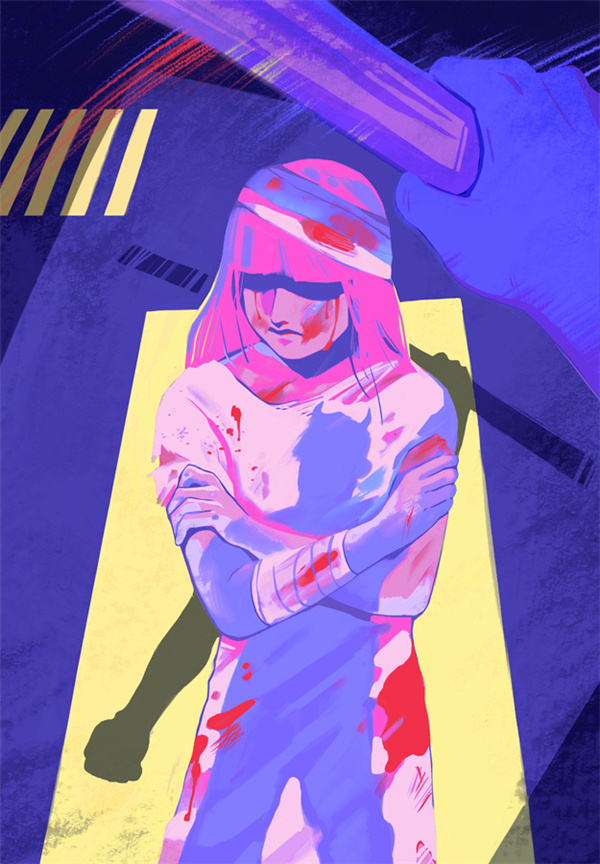 A father and his cohabiting girlfriend suspected of abusing the man's four-year-old daughter have been detained by local police, the public security bureau in Jiansanjiang Reclamation Area, Heilongjiang province, said on Wednesday.

A notice published by the bureau said the suspects — a man surnamed Yu, 28, and a woman surnamed Qu, 30 — beat Yu's daughter at home over the past several months.

Local police received an emergency call reporting the child's severe injuries after she was sent to Jiansanjiang People's Hospital on April 23.

An examination found that the girl's head had been seriously injured, and she had minor injuries to her nose and skin, soft tissue and teeth, all caused by external force.

Police summoned Yu and Qu. According to the two suspects, they took the girl away from her grandparents' home in Huachuan county in the province on Jan 10.

Since then, Qu abused the girl in various ways, police said, such as beating with her fists, pouring hot water on her body and knocking her head against the wall. Qu was particularly unhappy with the child's naughty behavior and the fact that she was unable take care of herself, they said.

Early on April 23, Qu became angry when she found excrement in the child's diaper and knocked the girl's head against the door and wall repeatedly, the police said, causing the child's body to shake. Then Qu called Yu, who was working a night shift and they took the child to the hospital together.

According to the police, Yu admitted that he had also beaten the child with his hands, as well as with a USB cable and a broom, during the time they lived together.

The local prosecutor has launched an investigation.