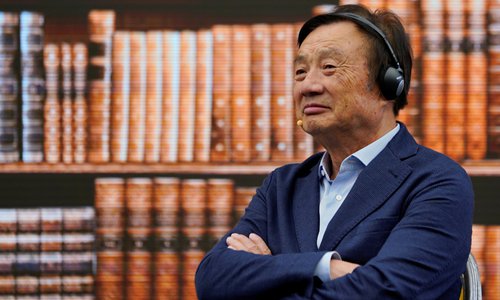 Huawei founder Ren Zhengfei's recent speech at four top Chinese technology universities has caused an internet sensation on Chinese social media, in which he likened the role of academic research to a "beacon" for the path of technology companies and highlighted the importance of innovation and talent training for the country's future technological development.
Ren's speech transcripts that were published on Saturday by Shanghai Jiao Tong University, one of the four universities that he visited during a three-day visit in late July, have been widely circulating among Chinese netizens. People praised Ren's grand entrepreneurial vision at the national level and expressed their confidence in Huawei's future despite increased pressure from US sanctions.
"The bright lights of academic research in universities shine on the technology industry as they see further and drill deeper. They lead a direction for us," said Ren, who believed that a loose and flexible cooperation between the business and university is beneficial to both sides.
"Huawei also wanted to make some contributions after breaking into a no-man zone and 'lighting a beacon' of 5G technology for the entire human society, but the US seriously hit us right after we 'struck a match,'" he said.
"However, we will remain self-independent and continue opening-up, and won't hate the US as one must learn from everyone, including your enemies, to become truly strong," he said. 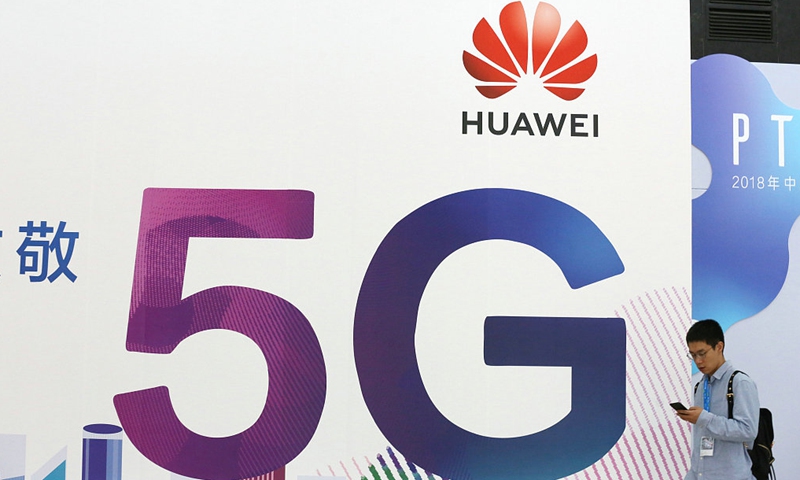 The calm and confident comments from the 75-year-old follow a surge in sentiment on Chinese social media that slammed a series of unfair actions that Huawei has been bearing from the arbitrary technology sanctions imposed by foreign countries in recent years that had also led to the detainment of Ren's daughter, Huawei's Chief Financial Officer Meng Wanzhou, in Vancouver, who has still not been released by Canada.
One netizen described Ren as a "real man with big heart" and believed that a company with a spirit of inclusiveness will win the final respects of the world.
Ren also pointed out that the younger generation is the one that will light the future beacon when there are plenty of uncertainties lying ahead, noting that the future of a country all relies on children, and their education. He suggested to run more schools, implement individualized education and eventually, inspire their innovative spirit.
"I hope our universities will shoulder the responsibility of catching up with the center theory of the world in 10 or 20 years…We need to find every opportunity to innovate as our society will face all kinds of problems if we stop our pace of development due to a lack of innovation," he said.
Ren's emphasis on education of innovation and talent training is echoed by many netizens. Some brought up a recent report that Huawei hired four young people with an annual salary of more than 2 million yuan ($290,000) in a Top Mind recruiting project that aims to help the company to lead a world standard for the global tech industry.
"Few entrepreneurs will reach the heights of Ren when it comes to thinking about education and even civilization.  He is more like a philosopher, a patriot rather than just an entrepreneur," commented one netizen.
In addition to Shanghai Jiao Tong University, Ren also visited Fudan University, Southeast University and Nanjing University.