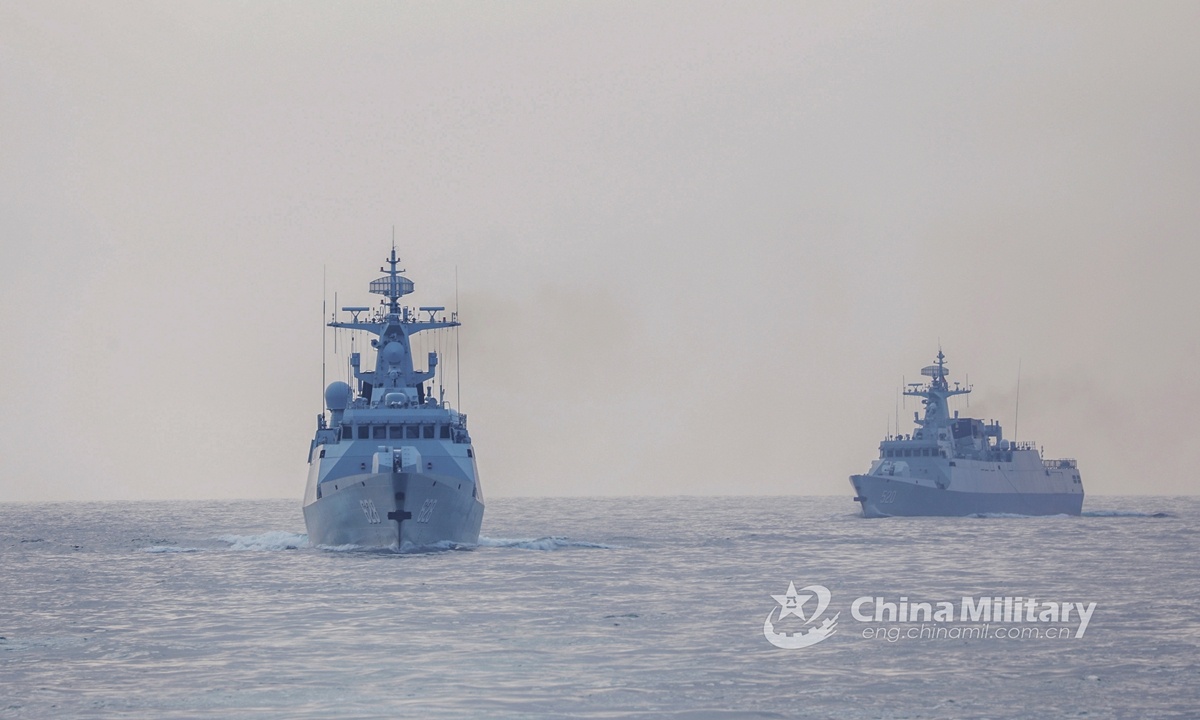 Some US officials recently accused China of rebuffing the US Defense Department's requests for high-level military talks amid tensions in the Taiwan Straits and the South China Sea, but it is the US that violated diplomatic etiquette - first by asking for unequal talks, and now by attempting to shift the blame to China, Chinese experts said on Sunday.

US Defense Secretary Lloyd Austin has made three requests to speak to Xu Qiliang, a member of the Political Bureau of the Communist Party of China Central Committee and Vice Chairman of the Central Military Commission, but China has refused to engage, the Financial Times reported on Friday, citing three unidentified US officials.

The report claimed that the Biden administration thinks such talks are important due to increasing tensions between the two countries' militaries, particularly in the South China Sea and near the island of Taiwan.

Reuters ran a similar report on Saturday, claiming that US defense officials have been seeking communication with their Chinese counterparts to deal with potential emergency situations or accidents.

However, many Chinese military experts reached by the Global Times on Sunday pointed out that if Austin, as the US Defense Secretary, wants to speak to his Chinese counterpart, that person should be Wei Fenghe, who is a Chinese State Councilor and Defense Minister, and not CMC Vice Chairman Xu.

"This is not on an equal basis and exceeds the demand of diplomatic etiquette. The Pentagon cannot and is not qualified to have this extravagant hope or request," one expert who asked to remain anonymous told the Global Times.

By breaking this diplomatic tacit understanding and revealing it to the media via unidentified officials, the Pentagon is attempting to use microphone diplomacy to pressure China, and this will not succeed, experts said.

In March at the China-US Alaska high-level meeting, the US unjustifiably attacked China's domestic and foreign policies, and seriously prolonged its opening remarks, which was met by the remarks of Yang Jiechi, a member of the Political Bureau of the CPC Central Committee and director of the Office of the Central Leading Group for Foreign Affairs.

"We thought too well of the US; we thought the US would follow the necessary diplomatic protocol… In front of the Chinese side, the US side is not qualified to speak to China from a position of strength," Yang said at that time.

The Chinese military has always hoped to hold sincere, meaningful talks with the US military, including between defense ministers, but does the US want the same thing? Is it meeting China halfway, or does it want to shift the blame? Chinese experts asked.

The US wants to create a public perception that China is to blame for the China-US military tensions, and the US is playing a thief crying "Stop thief!" which creates chaos and is very treacherous, Li Haidong, a professor at the Institute of International Relations at China Foreign Affairs University, told the Global Times on Sunday.

China and the US need military talks, but this requires sincerity and needs to build real mutual trust, Li said, noting that the US cannot have constructive results when it violates China's dignity and interests while yelling for talks at the same time.