CHINA Accusation of forced labor in Xinjiang rejected as nonsense

Accusation of forced labor in Xinjiang rejected as nonsense 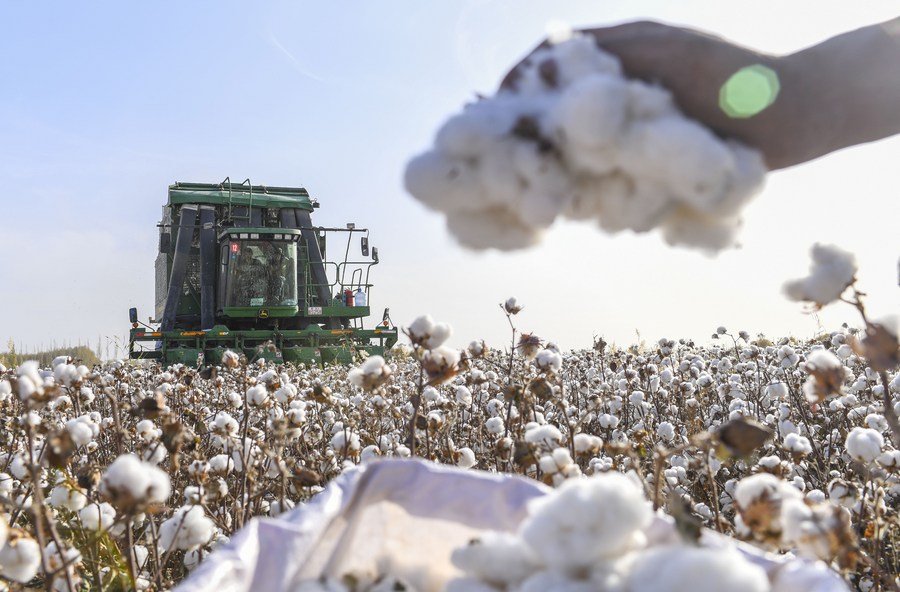 It is absurd to put the "forced labor" label on the photovoltaic industry in the region, as the polysilicon production is technology- and capital-intensive instead of labor-intensive, Pan Cunxiang, secretary-general of the regional nonferrous metals association, told a press conference in Beijing.

Arkin Shamshaq, vice dean of Xinjiang University's Law School, said that no country, organization, or person can subjectively assume whether the "forced labor" exists or not.

"According to the definition from international conventions, legal provisions in China and the facts on the ground, there is no forced labor in Xinjiang. It is impossible for it to exist here," he said.

Liu Qingjiang, vice president of an association of textile industries of Xinjiang, said advanced equipment and automatic devices have been widely adopted in textile companies in Xinjiang.

"The newly-built intelligent manufacturing workshops in Xinjiang represent the highest level of the development of the industry in China. There is no so-called forced labor in Xinjiang," said Liu.

Akbar Turahun, an employee of a textile company in Xinjiang's Aksu Prefecture, said he was given a raise and also promoted to team leader in the company after working for two years.

Akbar Turahun used to be a shepherd from a poor family. Now he and his wife, also an employee of the textile company, earn more than 8,000 yuan (about 1,520 U.S. dollars) a month.

"We feel very happy now. We are determined to keep working hard in the company and plan to buy an apartment nearby," he said.