CHENGDU, Feb. 3 (Xinhua) - In an era of high-speed trains, the slow, cheap "green trains" that dominated China until the 1990s have kept running in remote and mountainous areas.

A total of 81 "green trains" are still operational in China, bringing convenience and hope to those without high-speed trains or highways. 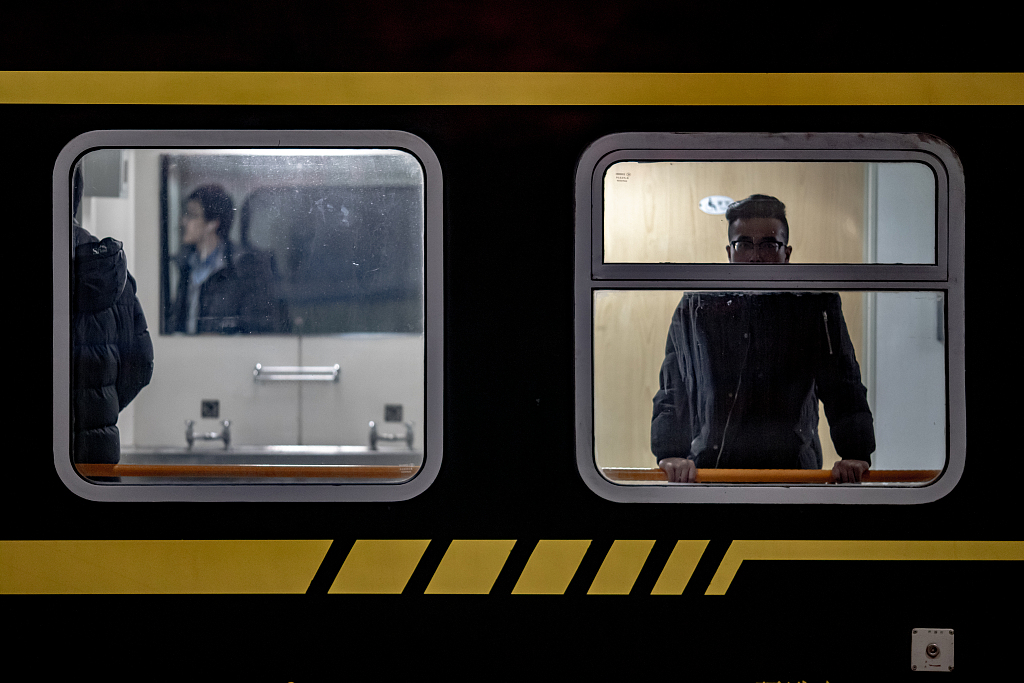 When Train No. 6272 pulled at Lesser Khingan Range station in northeast China at about 9 p.m., it was minus 30 degrees Celsius outside. Tian Zhi, a 46-year-old boiler, was busy stoking the stove and cleaning slag.

He could hardly take a rest. "To keep the carriages warm and guarantee passengers hot water to drink, the stove must be working all the time," he said.

The train has been operating for over 40 years, and has become the first choice for over 1 million forest workers stationed inside the mountains.

"It is definitely safer to take trains, other than buses in winter. The 410-km trip only costs 25.5 yuan (3.8 US dollars). We always refer to the train as 'our train,'" said 56-year-old Zhang Wentao, a forest worker.

In a less-developed area in northwestern Shaanxi Province, a green train labelled with "village market" on its body makes it unique. Inside the carriage, seats have been taken away to make room for storage and stainless steel counters. 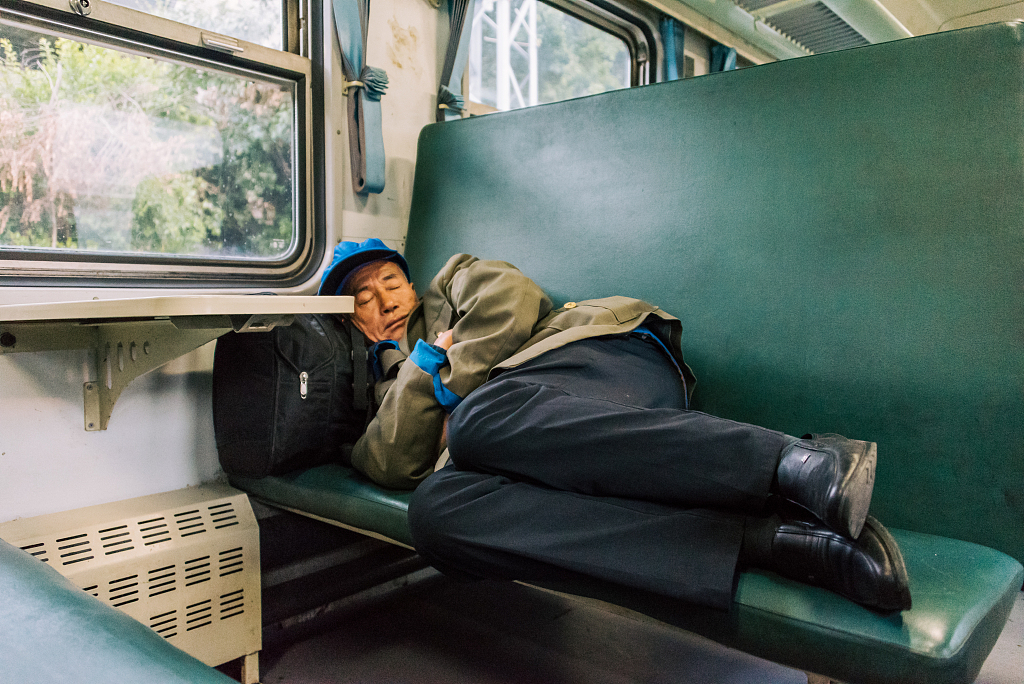 Tian Shigui, from Lijiahe Village in Hanzhong City, walked to the "market" directly after boarding the train. In his back basket, bags of soybeans, wheat, peanuts and walnuts attract a circle of passengers in a few minutes.

"It's a good day. I don't have to go to market if I can sell all of them on the train," Tian said.

As the day was about to dawn, Train No. 5633 in southwestern Sichuan Province was ready. Local ethnic Yi people were boarding the train, with their hands full of goods.

Yihuo Wusha, 54, has been taking the train for over 20 years. "For us Yi people along the route, we could barely live without the train. All those years, we depend on it wether it's a wedding, funeral, attending school or doing business," he said.

Pei Bo, the conductor on the train, said the whole journey was 353 km, with ticket price ranging from two to 25.5 yuan. "The train has a capacity of 1,500 passengers and is always packed, with 95 percent being Yi people."

A'niu Wuxia, a 15-year-old girl from Xide County, Liangshan Prefecture, was wearing earphones while learning English from her smartphone.

"I want to go to university in Chongqing, because the hot pot there is so delicious," she said. She has two sisters, also in school. The parents work on a construction site in Shanghai.

Yi people barely let girls go to school in the past. Thanks to the green train, every household sends their children, boys and girls, to better places for schooling, said Wang Zhigang, head of a station along the route.