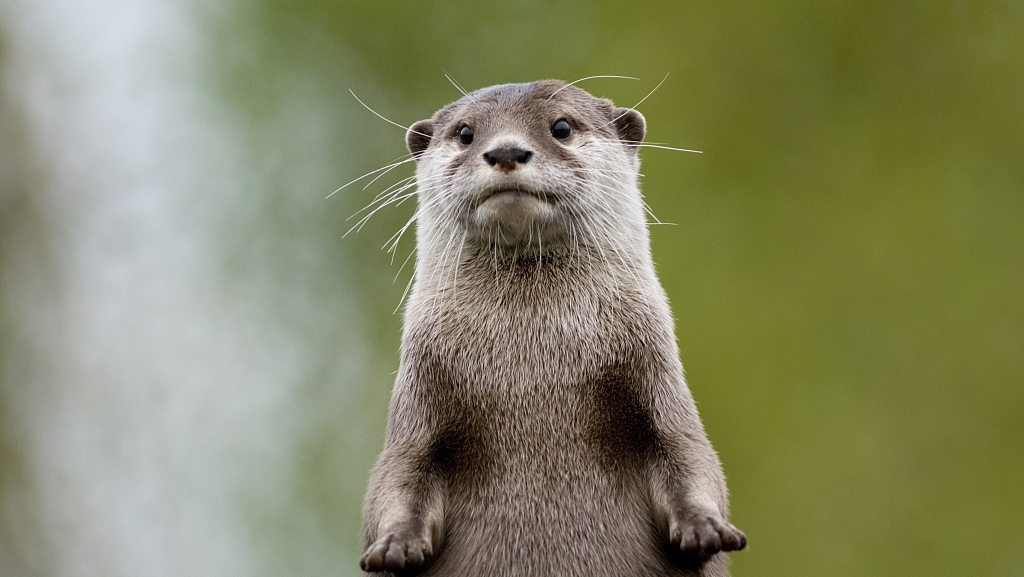 XINING, Dec. 21 (Xinhua) -- Eurasian otters have been frequently spotted in northwest China's headwaters region and even in the more populated Yushu, Qinghai Province, indicating a steady increase in the population of the endangered species, according to a recent field survey.

The "China Otter Investigation and Protection Report 2019" jointly prepared by 15 Chinese conservation agencies said the rare otter species has become increasingly active in Sanjiangyuan, dubbed "Asia's water tower," which is home to the headwaters of the Yangtze, Yellow and Lancang rivers.

The report is based on a survey headed by the China Green Foundation, the Qinghai Provincial Ecology and Environment Department and the Sanjiangyuan National Park Administration.

During the survey carried out from December 2017 to December 2019, researchers walked about 400 km, studying otter traces such as feces. In places that are beehives of otter activities, researchers deployed 21 infrared cameras.

Zhao Xiang, with the Beijing Landscape Nature Conservation Center, who took part in the otter report, said that Eurasian otters are regarded as indicator species of river ecosystems, as their presence indicates high water quality.

He said the otter research shows the local ecology is enjoying steady and comprehensive improvement.

Small-claw river otters have faced a grave threat of extinction in the last 30 years due to pollution and illegal hunting, as they were pursued for their furs.

The species is a national second-class protected wild animal in China and banned for trading according to the Convention on International Trade in Endangered Species of Wild Fauna and Flora.

The report underscores that the investigated area is less than 4 percent of the animals' distribution area, and 80 percent of otter habitats are not under national park protection.

The provincial government of Qinghai has intensified otter protection by issuing a series of measures, prohibiting all groups and individuals from poaching and releasing fish species alien to the local environment. The government has adopted the strictest ecological policies among China's provincial-level administrations, as the plateau ecology critical for the rivers' well-being is fragile.

The government has built a remote monitoring system for real-time round-the-clock data transmission to reinforce the protection of otters in key river sections.