CHINA Across China: Traditional Chinese wedding back in vogue among young couples

Across China: Traditional Chinese wedding back in vogue among young couples

LANZHOU, Jan. 9 (Xinhua) -- On the first day of 2020, Sun Yi finally received the e-mail she had long been waiting for. It contained the final version of her wedding plan. 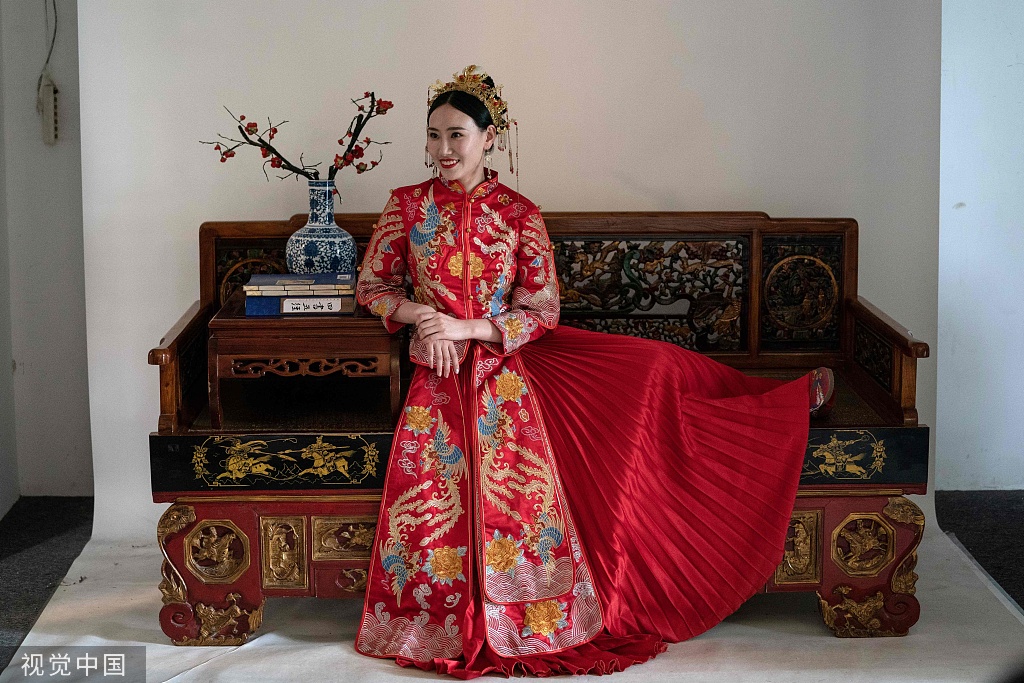 The plan, which had gone through nearly 10 revisions, offered the 29-year-old a "new Chinese style" wedding ceremony in March, which she described as being "traditional, but not old-fashioned" and "ritualistic but with style."

Since China's opening-up in the late 1970s, influenced by Western culture, many Chinese couples living in big cities favored Western-style wedding ceremonies, which they thought were more ritualistic and romantic.

However, in recent years, traditional Chinese weddings are back in vogue among the country's newlyweds, as many of them no longer consider Western-style gowns and vows of "I do" an essential part of the wedding ceremony.

Instead, they now prefer wearing Tang Dynasty-style clothes and performing traditional rituals at wedding ceremonies the same way their ancestors did hundreds, even thousands of years ago.

In a traditional Chinese wedding, the couple usually wears red, which symbolizes auspiciousness in the Chinese culture, and the venue of the ceremony is also richly decorated in red. The couple will perform a three-bow ritual, namely to heaven and earth, to their parents and to each other.

Chinese-style wedding ceremonies usually cost more than 40,000 yuan (about 5,775 U.S. dollars) and some even exceed 200,000 yuan. That usually covers the expenses of venue design, photography, make-up services and hiring a wedding MC.

Experts also believe that the revival of Chinese-style weddings is part of a larger social and cultural trend that prizes tradition over modernity.

"With China's economic and social development, many young people are starting to search for their cultural identity, which is also a reflection of their growing cultural confidence," said Zhu Yongbiao, executive director of the Research Center for the Belt and Road of Lanzhou University.