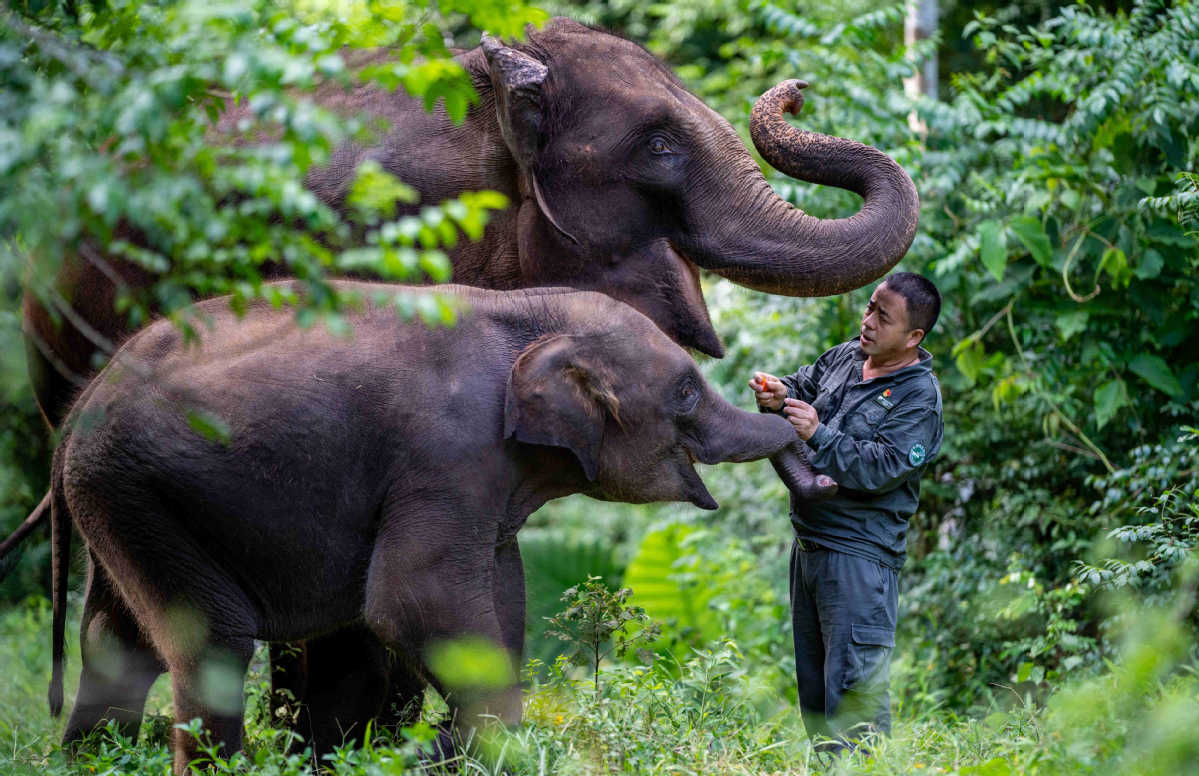 Bao Mingwei, 42, a senior veterinarian at an elephant reserve in Yunnan province, thinks he knows the secret of his innate ability to attract the giant creatures. "Maybe I just smell like them," he said.

"Sometimes I have to stand in the elephants' dung, while other times my clothes are stained by them. We vets are also at risk of being attacked," said Bao, who has worked at Wild Elephant Valley in the Xishuangbanna Dai autonomous prefecture for 22 years and is known as an "elephant doctor".

In March last year, the story of a group of wandering Asian elephants made news around the world.

Three months later, a young male elephant left the herd and wandered alone for about 30 days. To ensure its safety, Bao anesthetized the animal and took it to the Xishuangbanna National Nature Reserve. It was the first case in China of a wild elephant being taken back to its habitat after roaming over a long distance.

"There is scant material to refer to when rescuing elephants. Most of the time, we rely on our experience," Bao said.

Bao followed the elephant for 33 days, estimating its weight by observing the animal's physique, teeth and footprints in order to administer the correct dose of anesthetic.

On Aug 8 last year, more than 10 elephants returned to their habitat in the Mengyang area of Xishuangbanna National Nature Reserve after wandering for 1,300 kilometers in about 110 days. Tens of thousands of people helped track the animals' movements and guide them home.