Actions against relevant personnel, organizations of Apple Daily are in accordance with law: HKSAR chief executive

HONG KONG, June 22 (Xinhua) -- Chief Executive of the Hong Kong Special Administrative Region (HKSAR) Carrie Lam said on Tuesday that the recent actions taken by the Hong Kong police and Security Bureau of the HKSAR government against relevant personnel and organizations of Apple Daily are in accordance with the law. 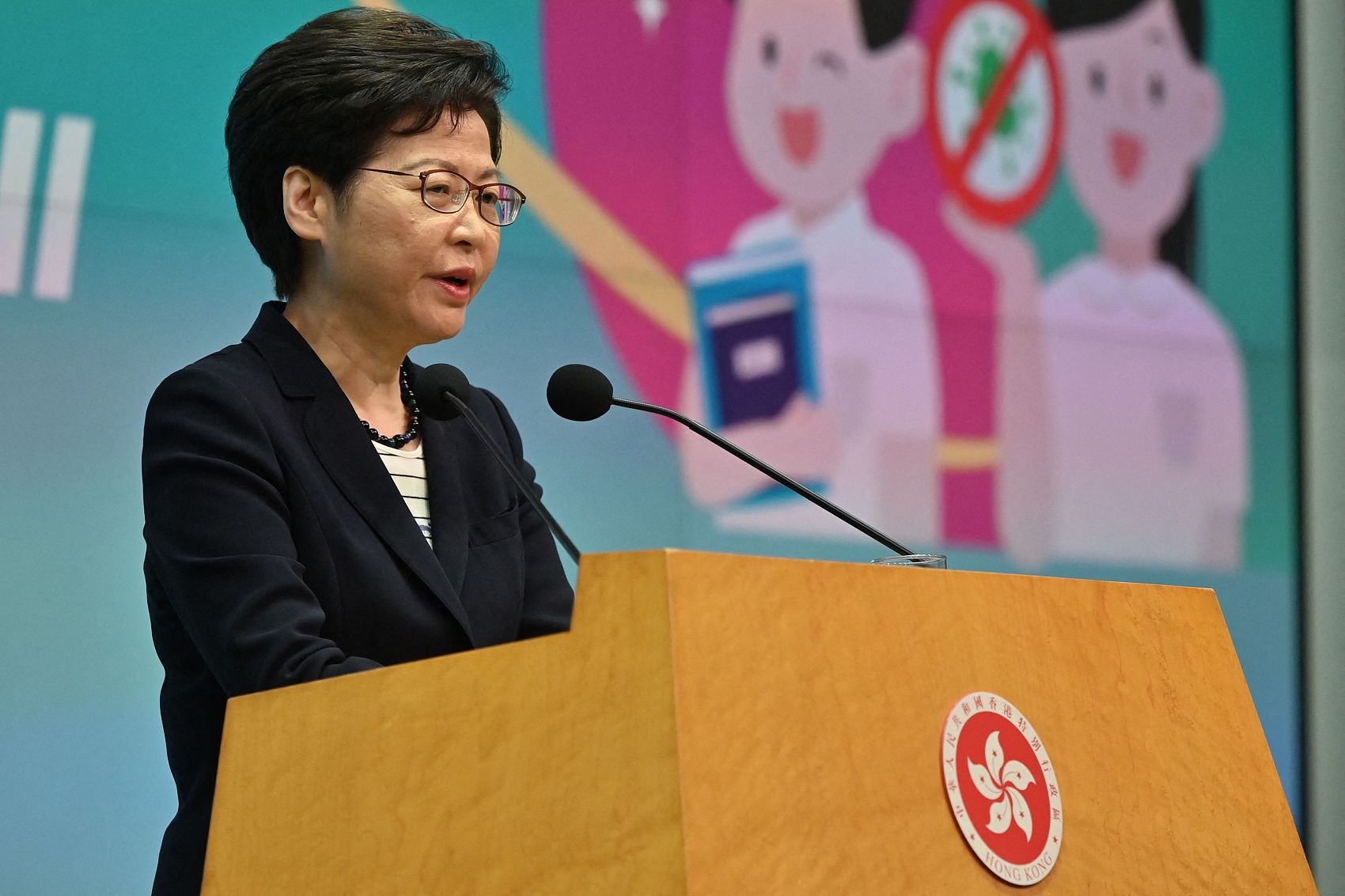 Speaking ahead of the Executive Council meeting, Lam told a press briefing that the HKSAR government will not allow the Law of the People's Republic of China on Safeguarding National Security in the HKSAR to exist only in name and will take vigorous enforcement actions when applying it.

Lam said the recent enforcement actions had nothing to do with normal news work but were aimed at suspected acts endangering national security. One could not say that it was a blow to press freedom because news organizations or their responsible persons got involved.

Lam said the national security law in Hong Kong respects and protects human rights while safeguarding national security. However, individual freedom is not absolute. In some cases when national security, public order or public health is involved, for instance, the rights exercised by individuals or groups could be restricted according to law.

Lam pointed out that every step of the Hong Kong police's law enforcement actions was in accordance with the law. The Secretary for Security of the HKSAR government exercised power to freeze the assets of companies suspected of violating the national security law in Hong Kong, for the purpose of preventing further acts endangering national security.

Referring to the relevant remarks made by the U.S. government, Lam said the outside world should not downplay the impact of violating the national security law in Hong Kong, nor should it beautify the acts endangering national security.

Some foreign governments hold double standards towards China on the issue of national security, she added.