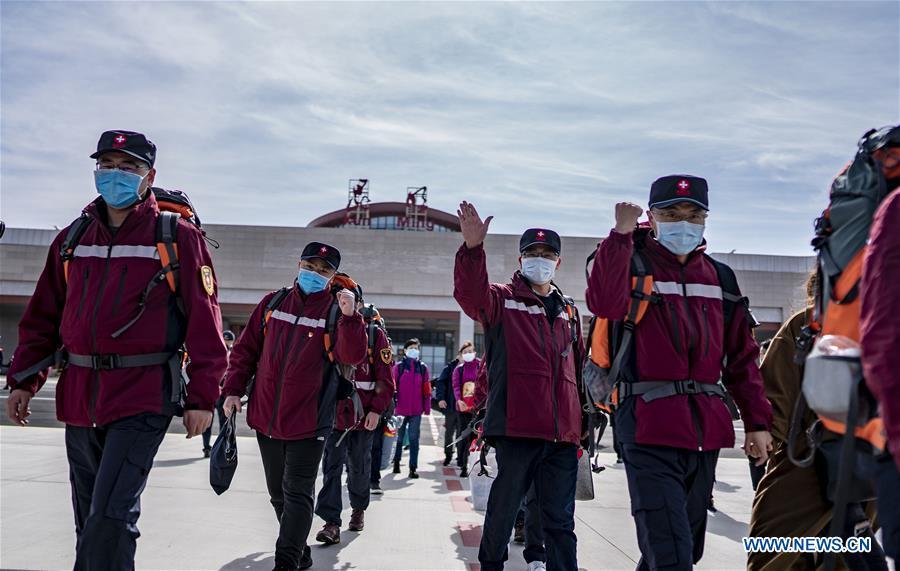 By the end of Wednesday, 254 new deaths had been reported, taking the death toll on the Chinese mainland to 1,367 -- with 1,310 of them in Hubei, where the outbreak started, data released by the commission showed.

On Wednesday, 1,171 people who had recovered were discharged from hospital and 29,429 people were released from medical observation.

By the end of Wednesday, there were 52,526 patients with confirmed infections in hospital -- 8,030 of whom had severe symptoms -- while 5,911 people had recovered and been discharged from hospital, the commission said.

A total of 471,531 people who had close contact with infected people have been traced on the Chinese mainland, with 181,386 of them still under medical observation.

Hubei reported 14,840 new confirmed cases on Wednesday, including 13,436 from Wuhan, the provincial capital.

On Wednesday, the province started including the number of clinically diagnosed cases in the total number of new confirmed cases, which added 13,332 cases to the provincial total. Previously only patients who had tested positive for the virus were regarded as confirmed patients in Hubei.