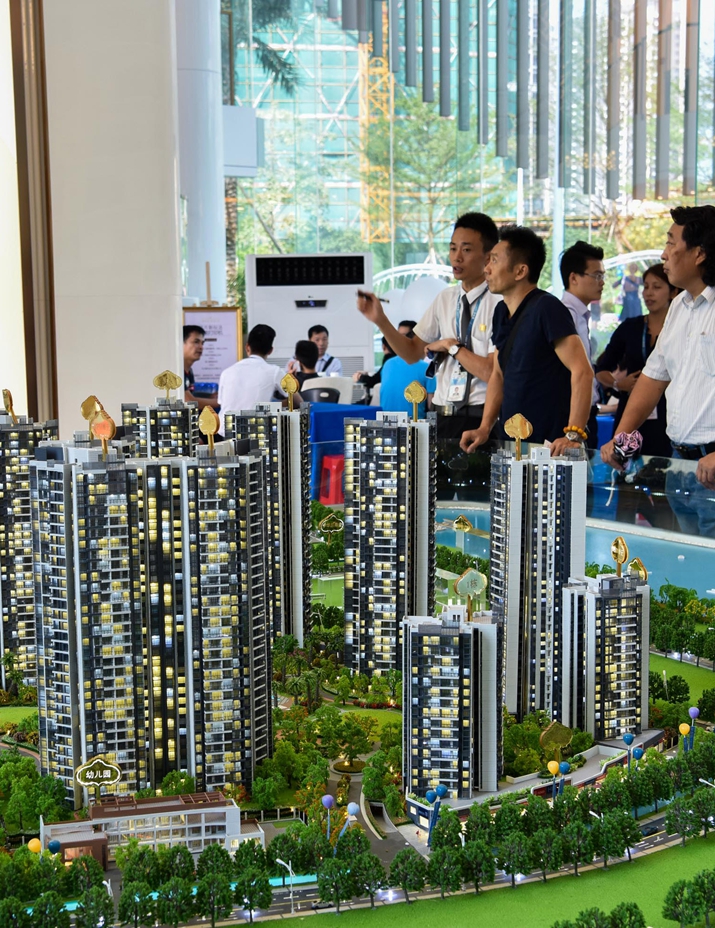 Photo: A real-estate salesman introduces a project to customers in Guangzhou on October 5, 2016 (XINHUA)

All across the world, especially in the urban areas, the cost of living keeps on rising. Yet, at the same time, millions of homes, apartments and other types of housing units remain empty.

If the much heralded "invisible hand" of the free market were operating as the ideological defenders of capitalism tell us it does, then housing prices should be going down. The law of supply and demand should cause such a drop, in the context of over-abundance.

However, this is not the case. Real-estate is no longer a market driven by consumers, but rather by speculation. The owners make their profits, not by renting out their property, but by waiting for an increase in market value and then selling it.

In a very real sense, housing and real-estate has become a new kind of stock market. In a casino-like atmosphere, wealthy people purchase a building, work to increase its market value, and then "flip it" for profit. The current U.S. President Donald Trump became very wealthy as a real-estate speculator in New York City, pioneering the market environment we now see in urban areas all over the world.

In a housing market based on speculation, it is the working class, the overwhelming majority of the population, who are left behind. Amid rising property values, their rent goes up, and their ability to purchase a home or condominium decreases. Urban property values increase along with profits for a real-estate owning elite, while accessibility to housing goes down for everyone else.

The crisis in the housing market points to the very problems articulated by Karl Marx's close collaborator Frederick Engels. He wrote: "Under capitalism, the means of production only functions as preliminary transformation into capital."

Many critics of capitalism have pointed to this very problem. In the capitalist mode of production, houses are not built so people can live in them, but rather so that landlords and bankers can make money. Only due to the irrational nature of the free market system is it possible to have people becoming homeless.

That is not due to any housing shortage, but because there is too much of the commodity.

Chinese leaders are determined not to allow the problems of real-estate speculation to create such hardships for the Chinese people. President Xi Jinping has repeatedly made the statement that "houses are for living, not speculation," asserting that the needs of the people are the priority, not the generation of excessive profits for speculators.

The Communist Party of China (CPC), at its 19th National Congress in October, affirmed its intention to expand the "middle income group" within the country, and partly that is going to mean stiffening controls on real-estate prices. The Chinese Government is now swinging into motion to ensure that affordable housing is available as the population of the urban centers increases.

Local governments in China will be constructing government housing and setting affordable prices, forcing private real-estate developers to keep their prices within a range that is competitive.

China has distinguished itself from the capitalist countries of the world by not allowing the market to function at the public's expense. China's economy, in which capitalists are forced to operate within the CPC's plan of development, and state-owned enterprises and government-controlled entities have a prominent role, has produced tremendous results for the Chinese people.

As the CPC moves ahead with its goals for making China a great modern socialist country by 2050, control of the housing market is a key part of the agenda.

The author is a journalist and political analyst living in New York City, the United States