Africa is a stage for international cooperation, not for great power games: Chinese FM Wang Yi 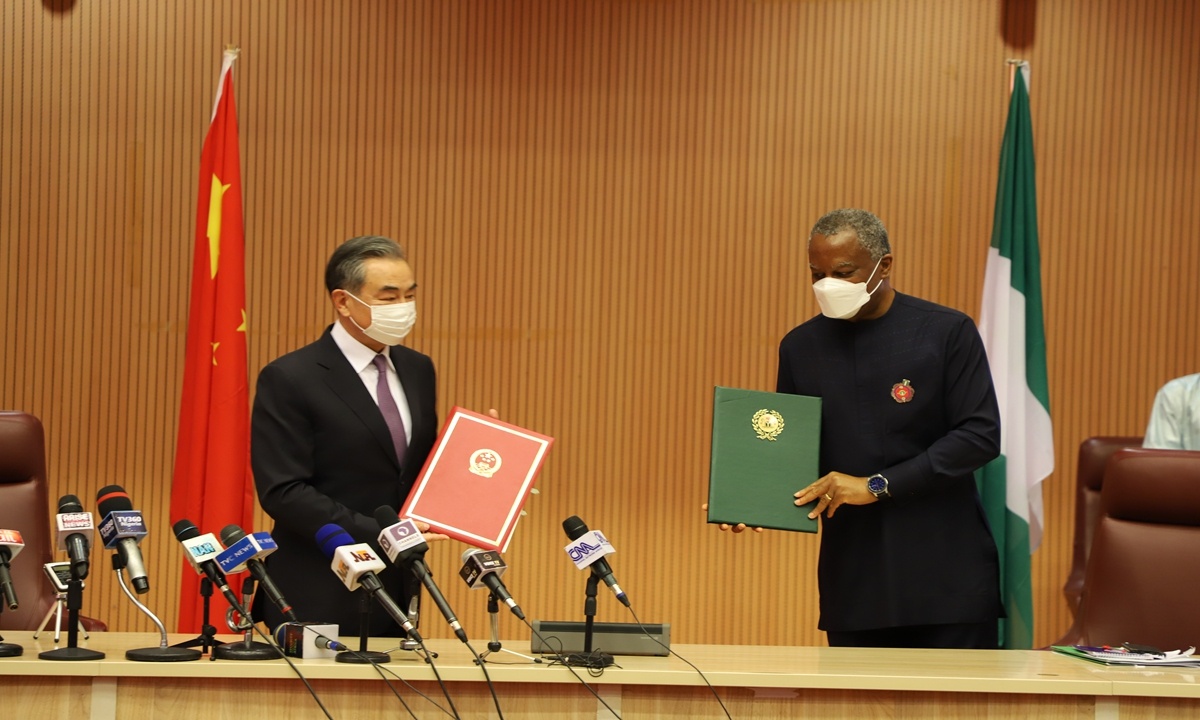 Africa should be a stage for international cooperation, not an arena for great power games, said Chinese State Councilor and Foreign Minister Wang Yi, during his visit to Nigeria on Tuesday as part of his five-nation tour to Africa.

The two nations signed a memorandum of understanding on the establishment of the intergovernmental committee on Tuesday and have reached important consensuses on deepening bilateral cooperation.

The cooperation will take place in areas including the anti-pandemic fight, the Belt and Road Initiative, digital economy and green economy as well as military and security fields.

Wang met Nigerian President Muhammadu Buhari, Foreign Minister Geoffrey Onyeama and other high-level officials during the visit. He is also scheduled to visit the Democratic Republic of Congo, Tanzania, Botswana and Seychelles later in his tour.

Wang responded to some claims from foreign media asserting that China's cooperation with Africa is aimed at gaining more influence in the region and competing with other countries.

China never attaches any political conditions to its assistance to Africa, and never interferes in Africa's internal affairs, Wang said.

China, as a friend of Africa, is glad to see that other countries followed China in increasing investment in the region. China is willing to promote multi-national cooperation in Africa, as the cooperation has never been closed or exclusive, he said.

Wang's comment is a powerful retort to the smears of some foreign countries that attempt to undermine the friendly atmosphere of China-Africa cooperation, Xu Jinghu, special representative of the Chinese government on African affairs, told the Global Times on Wednesday.

The establishment of the China-Nigeria intergovernmental committee will play a major role in the overall planning of the cooperation between the two countries, which has already made significant achievements in trade, infrastructure, energy and technology and other areas over the past 50 years, she said.

Nigeria is China's largest project contracting market in Africa. In 2019, the bilateral trade volume reached 1,900 times what it was at the beginning of the establishment of diplomatic ties, according to Wang.

As the largest economy in Africa, Nigeria's deepening collaboration with China will also boost China's cooperation with the whole of Africa, Xu noted.

Wang's visit will vigorously promote the development of the China-Nigeria strategic partnership and inject new impetus into the deepening of China-Africa friendly cooperation, Chinese Foreign Ministry spokesperson Hua Chunying said at a press conference on Wednesday.

The year of 2021 is the closing year for implementing the outcomes of the Beijing Summit of the Forum on China-Africa Cooperation, and further meetings are scheduled to be held in Senegal in 2021.