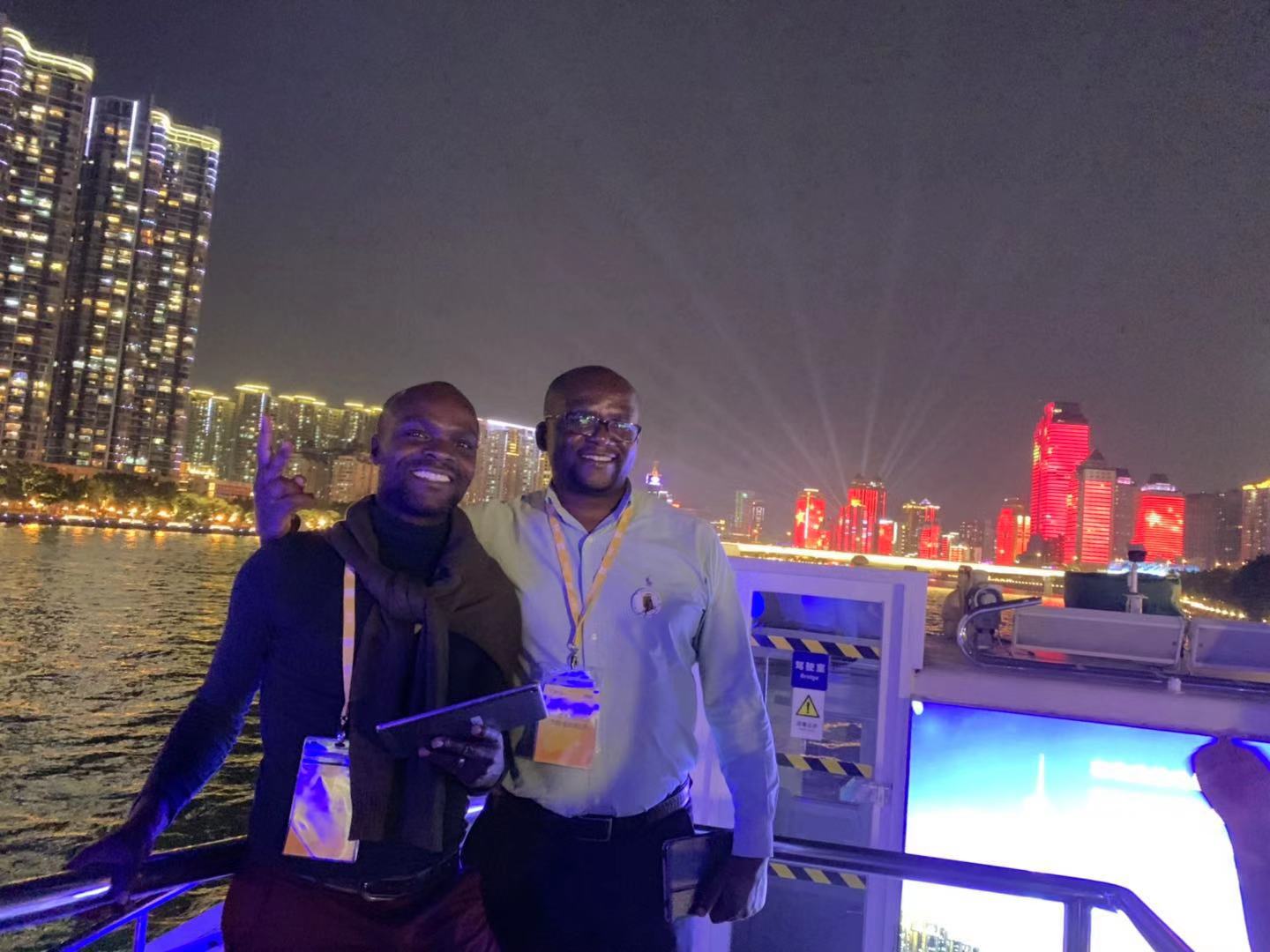 Two African journalists take pictures in front of Guangzhou City’s Haizhu Square on September 24, which is putting on a light show of the Chinese national flag to celebrate the upcoming 70th anniversary of the founding of the People’s Republic of China. Editors and journalists from 14 African countries in a BRNN Media Workshop visited south China’s Guangdong Province from September 24 to 27, seeking for more cooperation changes with Chinese industrial companies under the Belt and Road Initiative. (Photos: Bao Han) 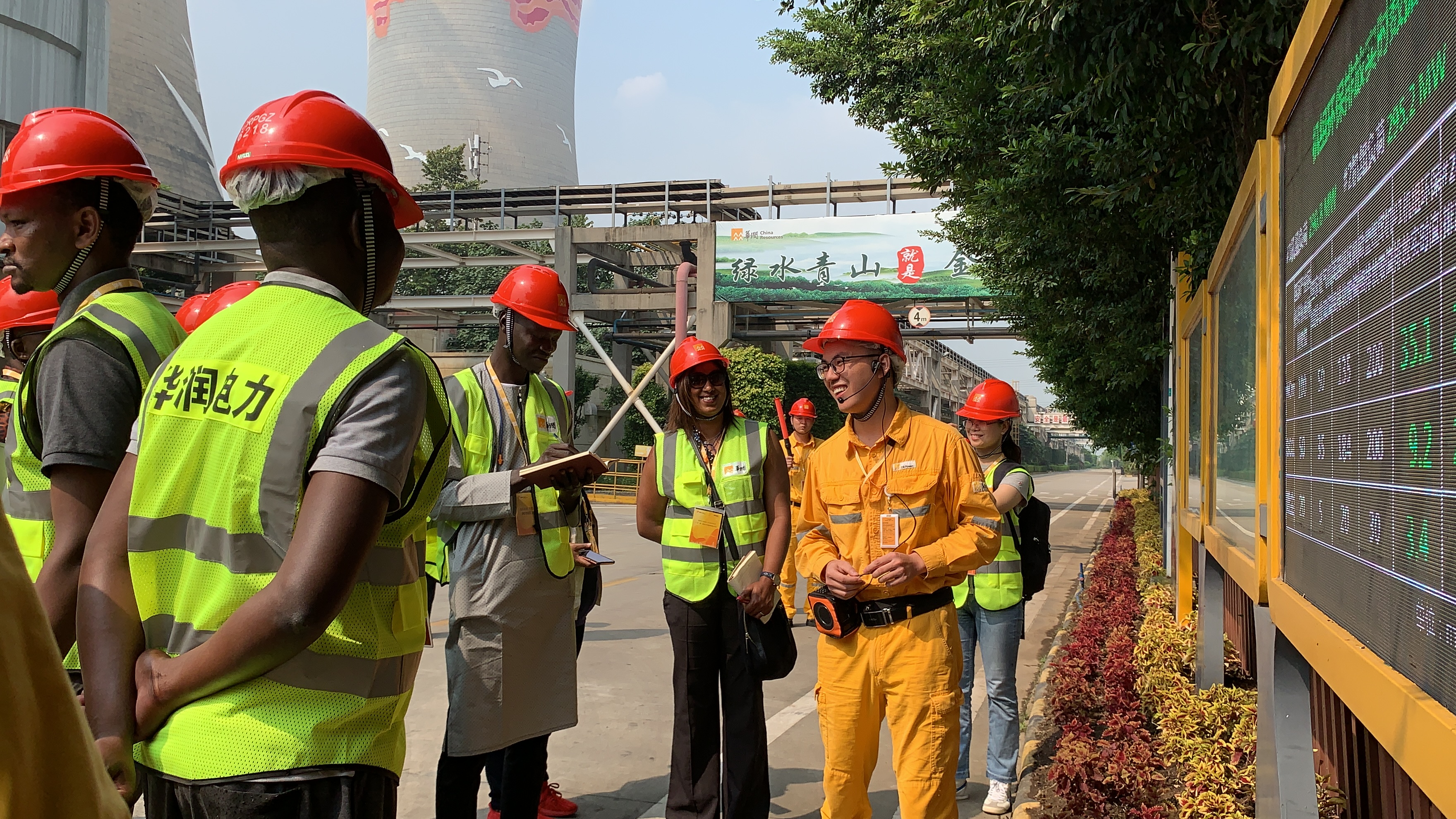 Workshop members listen to an introduction and take notes on electrical power record when visiting China Resources Group factory on September 25. They are interested in whether and when will the group cooperate with African countries on the infrastructure industry. 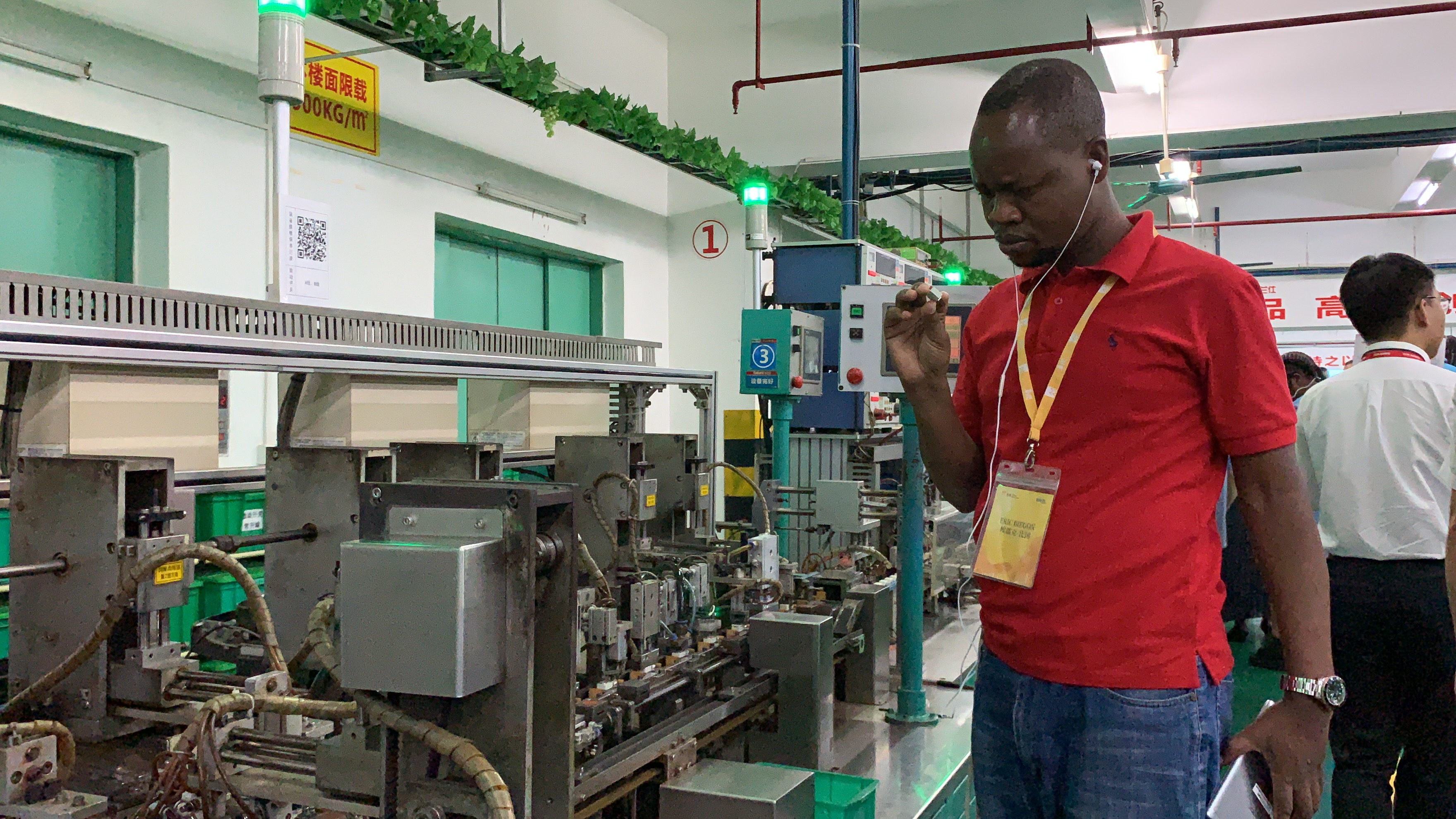 Eric Biegon, reporter and editor from Kenya Broadcasting Corporation, takes a good look at a part produced in the factory of Galanz Enterprises Co., one of the leading companies in the Chinese home appliances industry on September 26. 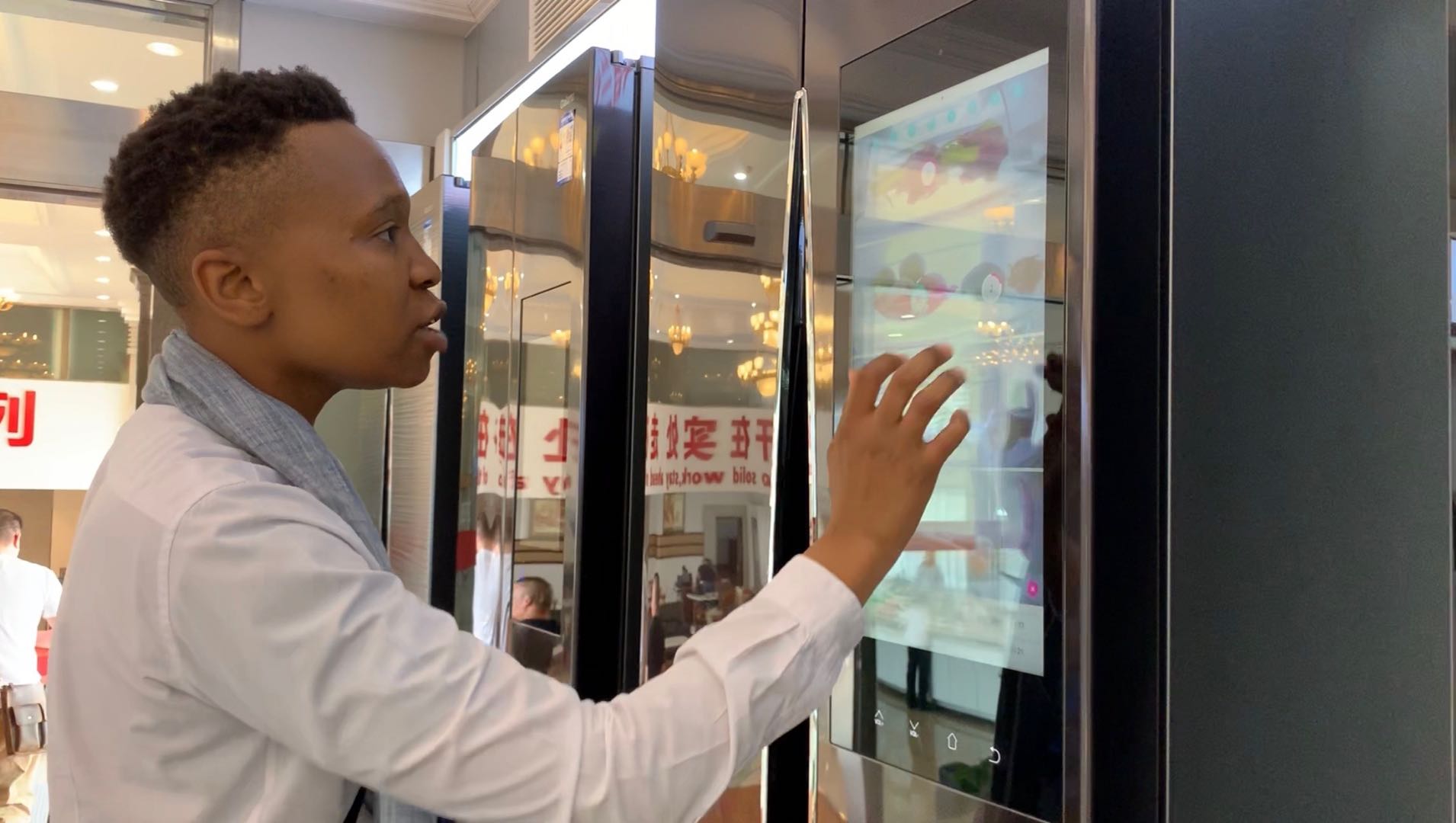 “I want this for Christmas!” Buhlebuyeza Mbonambi, editor from South Africa’s Independent Media, said happily trying Galanz’s intelligent refrigerator when visiting Galanz’s sales floor on September 26. Workshop members were surprised by China’s innovation on industry, and they want to know whether the company has a plan to share skills with African countries. 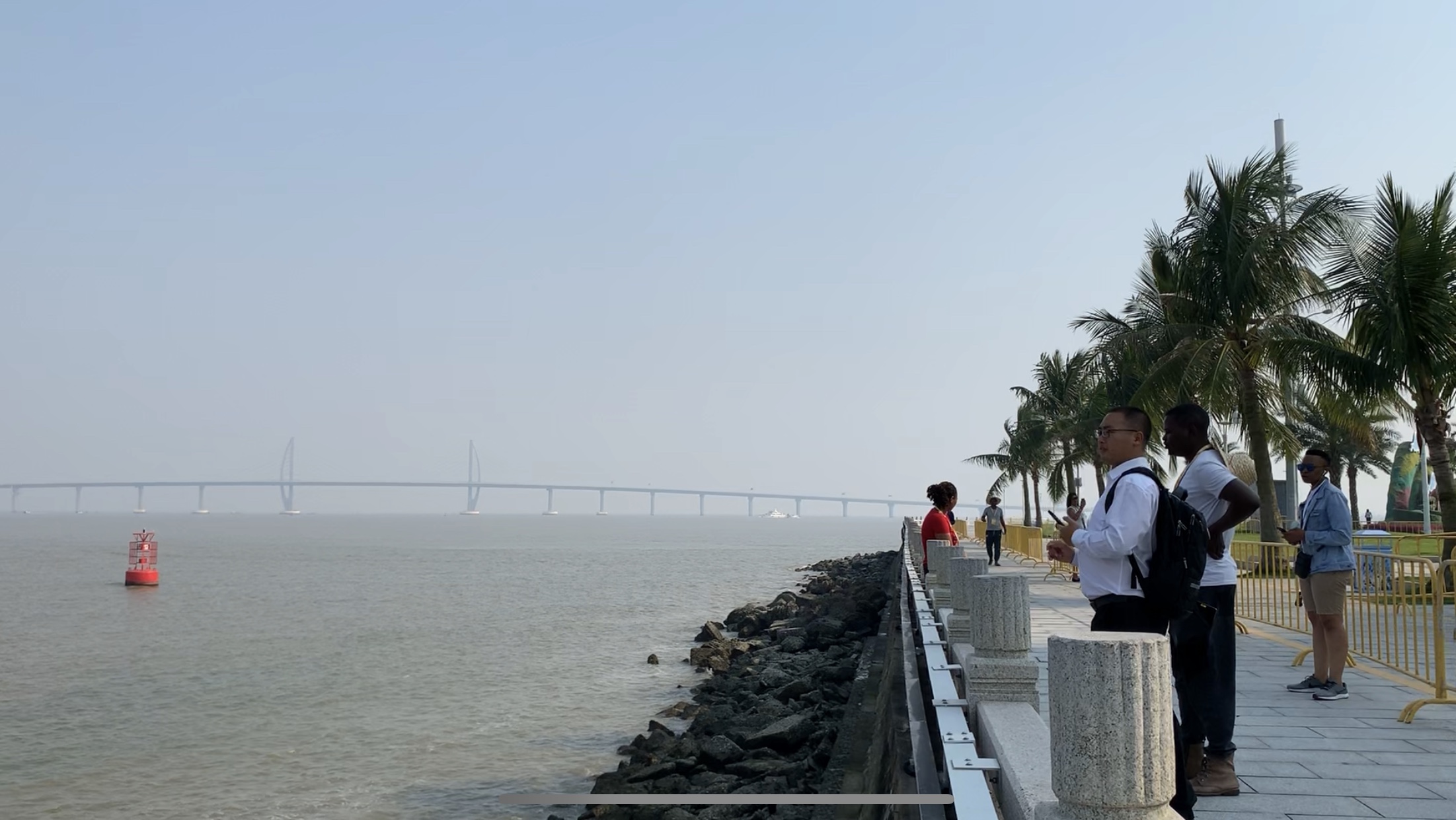 Workshop members visit the Hong Kong-Zhuhai-Macao Bridge on September 27 as the end of the visit to Guangzhou, amazed by its splendid view and great construction skills.