CHINA After over 110 days, China's wandering elephants back to suitable habitat

After over 110 days, China's wandering elephants back to suitable habitat

Dozens of heavy trucks were connected front to back, lights off, forming an iron wall to guide 14 wild Asian elephants onto a bridge.

At about 8 pm Sunday, the herd, which has caught global attention, crossed the Yuanjiang River in southwest China's Yunnan Province with artificial guidance, marking the return of the gentle giants to a suitable habitat after more than 110 days of wandering. 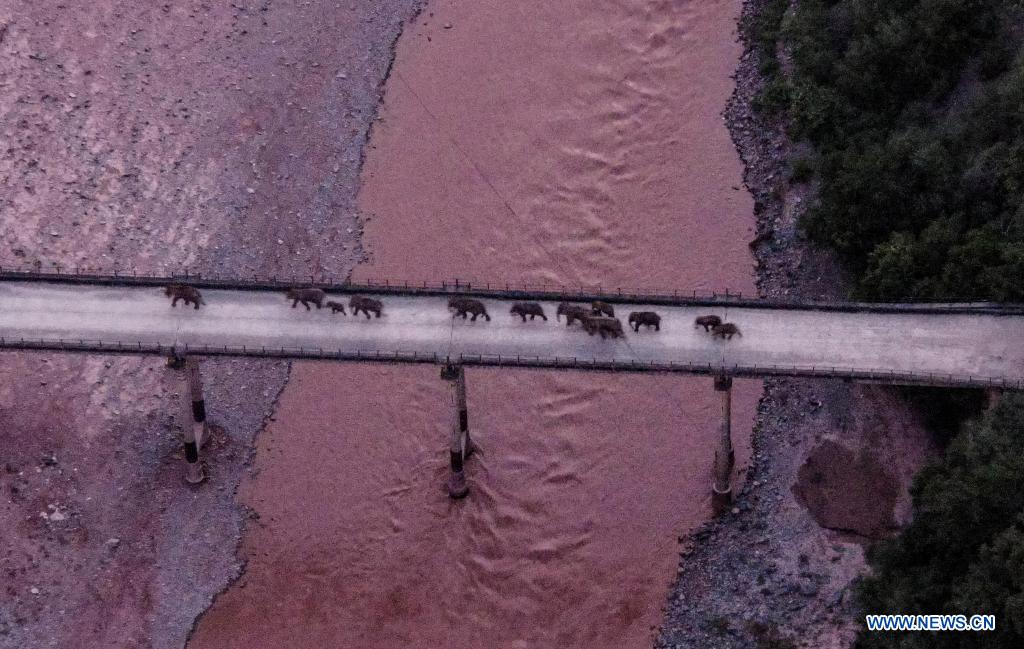 Aerial photo taken on Aug. 8, 2021 shows a herd of wild Asian elephants crossing the Yuanjiang River in southwest China's Yunnan Province. The herd of 14 wild Asian elephants roaming around in Yunnan is approaching their traditional habitat. At about 8 p.m. Sunday, the herd crossed the Yuanjiang River with artificial guidance, according to the headquarters in charge of monitoring their migration. It has been around 17 months since the herd bid farewell to their original habitat in a nature reserve in Yunnan's Xishuangbanna Dai Autonomous Prefecture. (Photo: Xinhua)

How to cross torrential river

When the real-time images captured by drones showing the elephants' successfully crossing the river were sent back to the headquarters in charge of monitoring their migration over 10 km away, the staff burst into cheers.

Those who monitor the creatures, which are under A-level state protection in China, have undergone an arduous task over the past three months.

Yunnan authorities have evacuated more than 150,000 residents to avoid the conflict between them and the herd, according to a news conference held Monday in Kunming, the capital of Yunnan Province.

Over 25,000 police officers and staff were dispatched, and a large number of vehicles and drones were deployed to monitor and guide the migrating elephants. Some 180 tons of food have been provided to the elephants during their migration.

Crossing the Yuanjiang River is regarded as the biggest obstacle for the elephants to migrate back south.

On April 16, the elephants entered Yuanjiang County of Yuxi City, and waded across the mainstream of the Yuanjiang River on May 11 during the dry season, said Yang Yingyong, a senior official with Yuxi City.

As the rainy season arrived in July, the sharp increase in water flow has caused tremendous obstacles to the elephants' return to the south, said Yang. "The maximum water flow reached 628 cubic meters per second."

To help the herd cross the torrential river, staff studied conditions of the 76-km-long waterway of the Yuanjiang River inside Yuanjiang County and finally chose the bridge along an old highway.

The trucks were arranged in advance along the riverside to prevent the elephants from approaching the river.

Chen Mingyong, an Asian elephant researcher with Yunnan University, said the living environment of Asian elephants can be divided into four categories – most suitable, suitable, general and unsuitable habitats. "The farther north they go, the colder it gets and the less food there is."

"The main stream of the Yuanjiang River is a dividing line for the habitat suitability of Asian elephants," said Chen.

"The Yuanjiang River basin has plenty of food and water, but for Asian elephants, there is just not enough hiding space, so it's not suitable for long-term habitation," said the researcher.

He added that it will be easier for these elephants to communicate with other herds while migrating southward, and is of great significance when it comes to improving the stability and safety of the Asian elephant population.

What to learn from migration

As "elephant" is pronounced similarly to "auspicious" in Chinese, the animal has received both protection and respect since ancient times.

Some villagers in Yuxi, whose crops had been eaten by these uninvited elephants, said it is okay for them to eat, as the crops will still grow next year, but if the elephants are harmed, they will not be back.

Many enterprises along the migration route even ceased production when the elephants were passing, in a bid to shelter the animals from sound and light disturbances.

Such migration that happens once in a blue moon also sheds light on further studies for scientists and animal protectors. 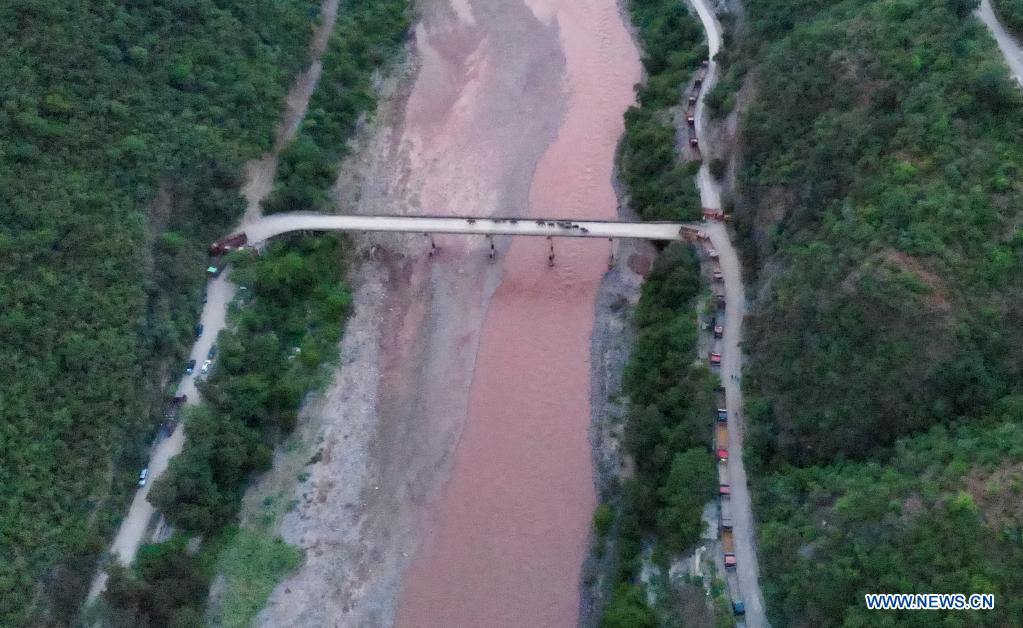 In terms of scientific research, the northward migration of wild Asian elephants enables zoologists to observe the activities of the species at a close range.

These animals can accurately locate the migration direction, food and water sources, and showcase unity, collective decision-making, division of labor and cooperation in group activities, which deserve further study, said Chen Fei, director of the Asian elephant research center under the National Forestry and Grassland Administration.

"Authorities have integrated pre-judgment of migration routes, deployment and control, as well as food baiting, marking a breakthrough in the management technology of elephant herds and providing a reference sample for alleviating the conflict between human and animals," said Chen.

Experts believe that as the population of wild Asian elephants continues to grow in Yunnan, which is currently about 300, the migration activities will be eminently commonly seen.

"The answer to whether the elephants will move northward again is almost yes," said Shen Qingzhong, an expert with the headquarters.

Shen said that elephants are highly intelligent, and can make a memory map for their migration routes.

"With strong adaptability to the living environment, elephants may well accumulate and pass down their experience of crossing mountains and bridges or using artificial facilities," said Shen, who suggests analyzing and summarizing the experience and lesson of the event as to control their activity range in suitable habitat areas as much as possible.

Meanwhile, authorities are accelerating the process of building a rainforest national park for Asian elephants to better coordinate trans-regional ecological protection, study and protect the species and their habitats.