CHINA After recall motion, what's next for KMT and cross-Strait relations?

After recall motion, what's next for KMT and cross-Strait relations?

Five months since the fiasco in Taiwan's leadership election, the island's opposition party Kuomintang (KMT) received another blow after its leadership candidate Han Kuo-yu was ousted by Kaohsiung residents, piling more pressure on the party over its stance on ties with the Chinese mainland.

Over 939,000 voters among the more than two million eligible residents in Kaohsiung voted on Saturday in favor of a recall motion against Han, the city's mayor, making him the first such official to be recalled in Taiwan, according to data from Kaohsiung's election commission.

Han will be barred from running for mayor of the city for four years if he does not lodge a legal challenge against the recall result. His political career now hangs in the balance.

Many wonder what the KMT is going to do next and most importantly what these two setbacks will have on cross-Strait relations.

Impact on KMT: A domino effect?

In an announcement made hours after the results came out on Saturday, the KMT said  the party respects the results of the vote and feel both gratitude and guilt when it comes to the people of Kaohsiung.

"We are guilty for not holding on to the people's warmth and not responding well to the people's expectations, so the residents of Kaohsiung have taken back their hopes for the KMT," party chairman Chiang Chi-chen said while expressing thanks for giving the KMT and Mayor Han a chance one and a half years ago.

Han, aged 62, has been accused of failing to fulfill his promise to Kaohsiung residents as he announced a run for Taiwan's leadership election in June 2019, six months after inaugurating as Kaohsiung's mayor. Han lost the election in January to Democratic Progressive Party (DPP) candidate Tsai Ing-wen. 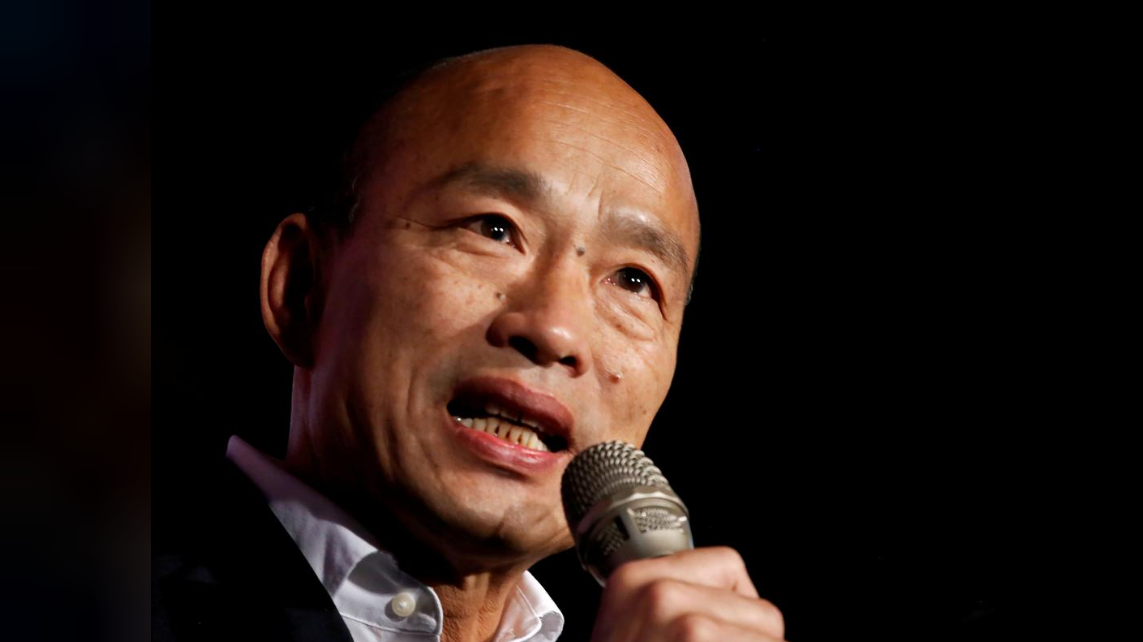 Regarding this latest failure, analysts said the influence may last to local government elections set in late 2020 and possibly even to the 2024 leadership campaign.

Apart from KMT's popularity in the coming elections, infighting within the party is another issue to worry about since Chiang is KMT's newly appointed leader after Wu Den-yih resigned after the crushing defeat in January's election.

As Arthur Wang Zhin-sheng, secretary general of Asia-Pacific Elite Interchange Association, pointed out, "The old guards would use the ouster to accuse Chiang of failing to help keep Han secure and might want to challenge him in the KMT chairman election next year."

In Wang's view, the ouster of Han could trigger a new round of infighting that could eventually shake the leadership of this younger-generation KMT leader. It is also possible that Han will join the race for running the KMT leadership, Wang added. 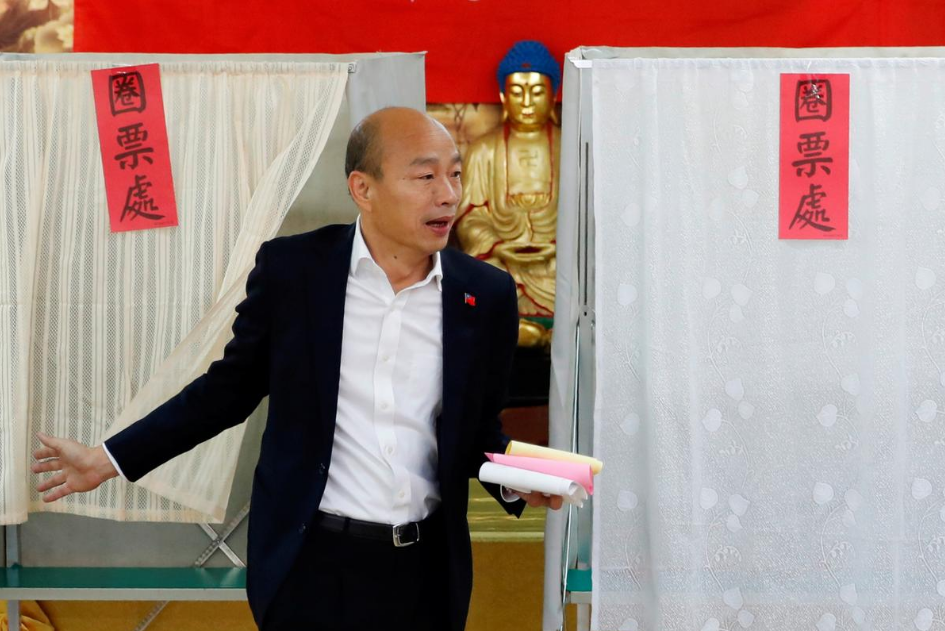 Others worry that Han's removal may set off "a chain reaction of tit-for-tat recall proposals" between the two parties in Taiwan as the removal is an important step taken by the DPP to beat the KMT in pursuit of ruling in the longer term.

Zhang Hua, an associate research fellow at the Institute of Taiwan Studies under the Chinese Academy of Social Science, believes the removal is a political cleansing engineered by the DPP to beat its political rival, who is viewed as a serious threat to the DPP considering the over five million votes Han got in the election.

"Therefore, the DPP was hell-bent on using political maneuverings to put Han down so that he wouldn't be able to grow his influence through his position in Kaohsiung," Zhang said.

Given threats made by Han's supporters to call for the removal of DPP officials in retaliation, Zhang warned that Han's removal may trigger endless recalls and reelections in Taiwan.

Zhang's opinion is echoed by Professor Sonny Lo of the University of Hong Kong, a political commentator who accused the DPP of mobilizing "state machinery," including the media, the military and some civil servants to support the recall vote.

The DPP should leave the voters in Kaohsiung to decide the fate of Han without the need to issue any statement critical of Han's supporters, Lo said.

The KMT's future policy towards the Chinese mainland is another thing to worry about as many fear successive defeats may lead the party to rethink its cross-Strait policy.

It is possible that the KMT, after the political twists, will be tempted to make adjustments on its long-held stance and policies. 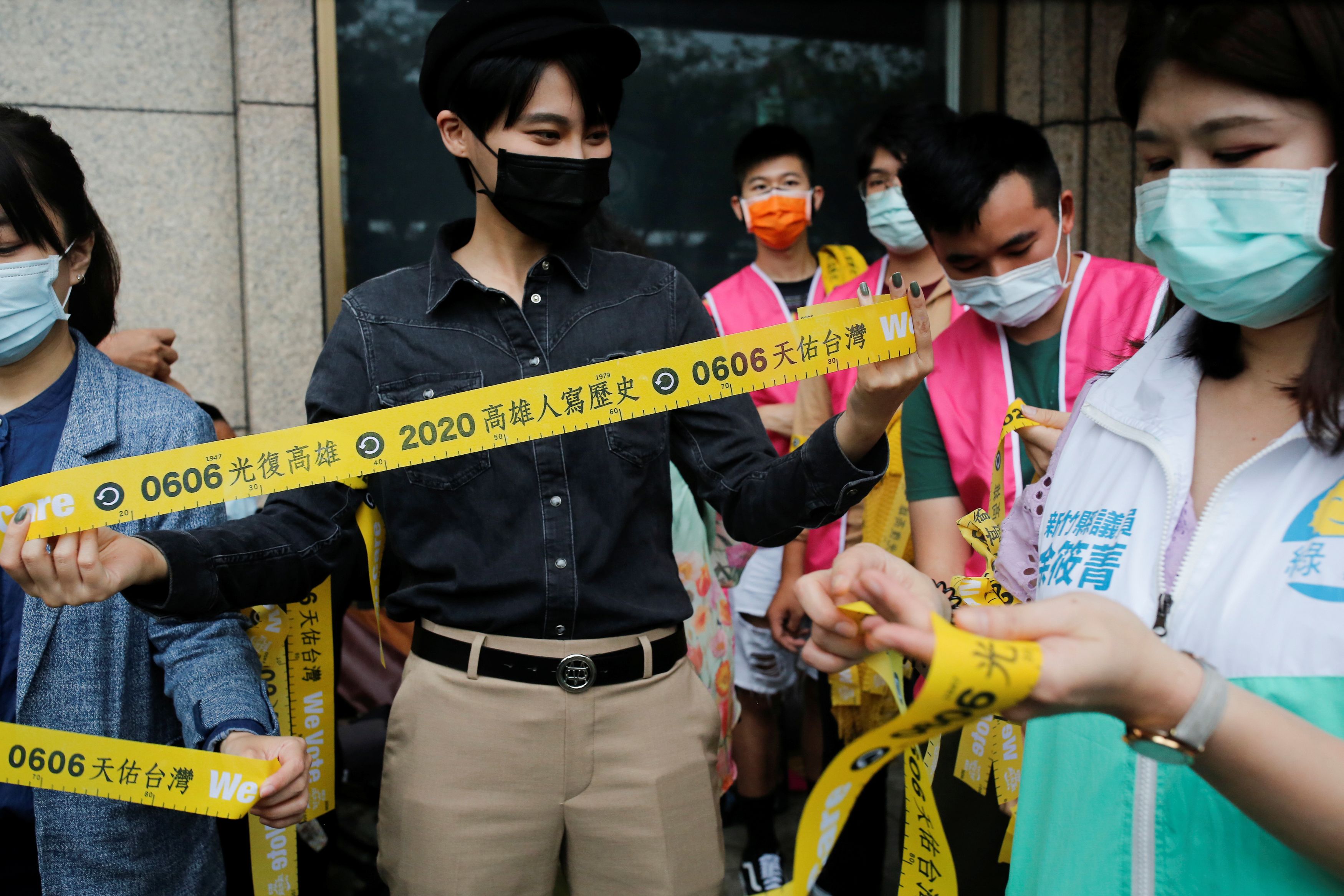 Organizers give out yellow ribbons encouraging people to vote to recall the Kaohsiung Mayor Han Kuo-yu in Taipei, Taiwan, May 20, 2020.

From a broader perspective, the landslide victory of the DPP in the leadership election together with the successful recall motion also reveals the declining popularity of KMT in Taiwan, which, probably indicates a worrisome pro-independence trend among voters, especially the younger generation.

The leadership election held early this year was dubbed the "battle between the generations" by local media as bulk of the middle-aged and older voters tend to support the KMT while the younger generation are mostly Tsai supporters.

Regarding the popularity of the island leader among young voters, Zhang said that it indicates Tsai's high-level of "deceiving the public."

According to Zhang, the manipulation of the public's mind started over 20 years ago when Taiwan's former leader Lee Teng-hui took the leadership and started to revise Taiwan's political textbook. Tsai, at that time, was a research consultant for Taiwan's security authorities.

The "desinicization" process accelerated after Tsai came to power in 2016, not only cutting classical Chinese content in textbooks but also started to teach Chinese history as part of East Asian history.

In Zhang's opinion, by revising Taiwan's textbooks, Tsai and her DPP are gradually manipulating public opinion toward cross-Strait relations on the island as an attempt to alienate Taiwan from China.

Young people, the most vulnerable group in Tsai's "desinicization" process, are also becoming the main force in Taiwan's politics and social movement. The recall motion of Han, as an example, is led by a youth civil group.

Data from Taiwan's election commission further proves that young people are Tsai's "secret weapon" and their strong will in engaging in politics is reflected in the remarkable growth of the turnout in January's election, nine percent higher than the previous one held in 2016.

According to the election commission, there are 6.6 million voters aged between 20 to 39, accounting for 34 percent of the eligible voters in Taiwan. Most of them are Tsai's supporters.

Meanwhile, Taiwan is going to discuss the possibility of lowering the voting age to 18. If the proposal passed, the influence of the younger generation is expected to further expand.

On the other hand, the major principles and policies of the Chinese mainland toward Taiwan have been consistent and clear.

At the press conference after the closing of the third session of the 13th National People's Congress, Chinese Premier Li Keqiang reiterated the mainland's commitment to the one-China principle and the 1992 Consensus, "We are willing to promote peaceful development across the Straits and peaceful reunification of the motherland with the utmost sincerity," said Li.

The premier pledged continued engagement and consultation with "any political party, group or individual in Taiwan on cross-Strait relations and the future of the nation" while reiterating the mainland's resolute opposition to any separatist activities that seek "Taiwan independence."