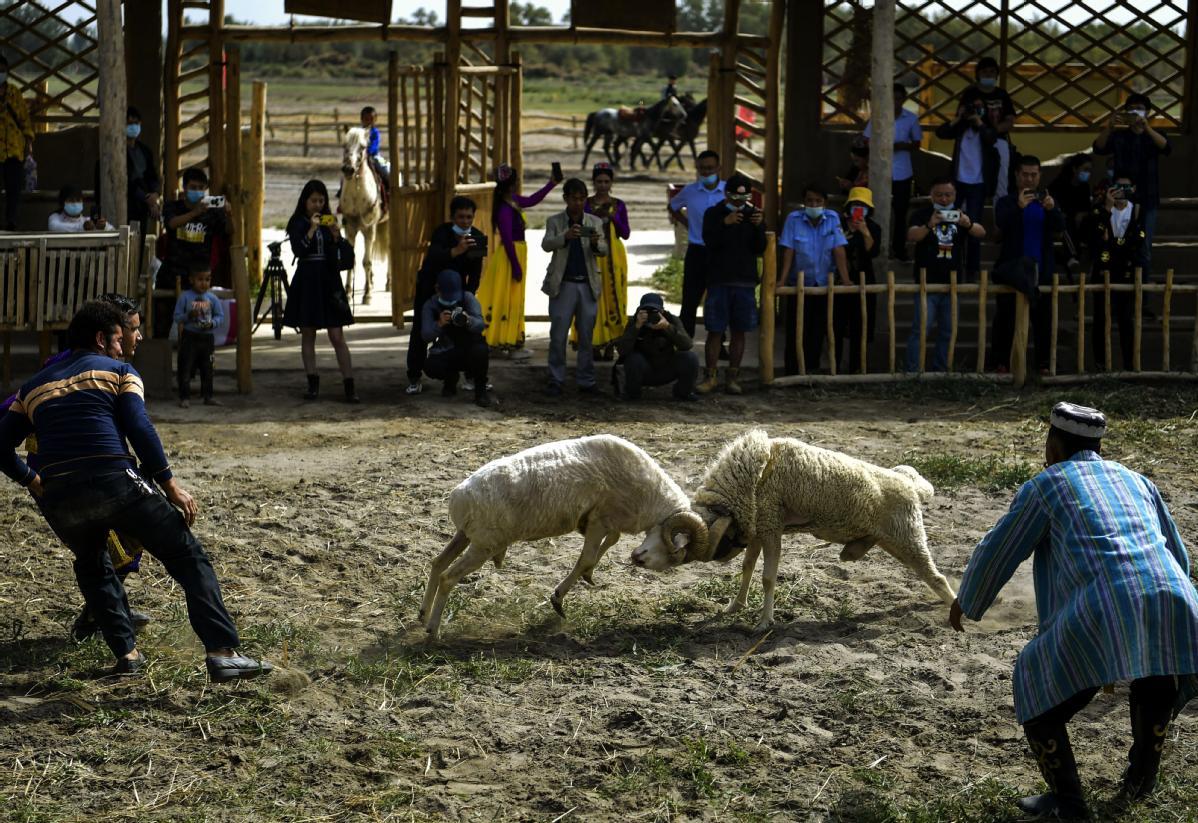 With a tour train leaving capital Urumqi for Northern Xinjiang on Friday, the Xinjiang Uygur autonomous region, a major tourism destination in China, has given a push to its tourism after winning the fight against the COVID-19 outbreak.

It has planned to operate 26 chartered trains in the next four months starting September.

These tour packages, ranging from four to 10 days, are designed to facilitate local tourists, who constitute a majority of the target customers, said Huang Tingfen, deputy general manager of Xinjiang Railway Tourism Development Group, adding that tourists from outside the region are also part of the plan.

"We hope to see an increase in the number of tourists, especially during the National Day holiday in October," Huang said.

Xinjiang has taken a number of measures to accelerate the resumption of tourism and improve the level of tourism services after winning the battle against COVID-19, which broke out in the region in mid-July.

Given that no new cases have been reported in Xinjiang for 15 consecutive days as of Sept 1, the region's Department of Culture and Tourism allowed all of the outdoor tourist spots in Xinjiang to open from Sept 2 and resume cross-provincial and cross-regional tourism.

Many tourist spots have launched various preferential activities, such as ticket reduction, and food and beverage discounts, to promote the rapid recovery of tourism. A total of 350 tourism activities will be launched across Xinjiang, according to the department.

The first tour train that set out on Friday heads to Kanas Nature Reserve in Altay prefecture, a famous tourist spot in Northern Xinjiang.

Huang said that prices of all these tour packages have been reduced by 30 percent to benefit the tourists.

"We want more tourists to reap the benefit of subsidized tourism policies offered by the regional culture and tourism department, different cities, prefectures and tourism sites," he added.

In November, tour trains will be planned to take people from Xinjiang to other provinces.

In addition, the transportation authorities have promoted the recovery of transportation capacity to ensure a smooth journey for tourists. Currently, flights departing from Xinjiang and city bus services have fully resumed.

Tourists can enter or leave Xinjiang without taking nucleic acid test or quarantine, but they need to show the health code and have their body temperature checked, according to the region's department of culture and tourism.